Xinhua—Beijing’s official news agency—published photos of the newest J-20 aircraft, which is still coated in primer paint, earlier this week. An editorial accompanying the photos suggests that the new stealth warplane has entered initial production. Xinhua noted that the serial number is an indication of that fact, having changed from the 20XX designation of earlier iterations to 2101. But the news agency is careful not to definitively state the stealthy warplane has entered full production.

The earlier J-20 prototypes were designated as 2001, 2002, 2011 and 2017. Aircraft 2001 and 2002 were used as technology demonstrators while aircraft 2011 and 2017 were production configuration flight-test articles, Xinhua noted. The aircraft’s configuration has remained stable over the past two iterations—which indicates that the design works relatively well.

According to Xinhua, the Chinese believe that the J-20 will be stealthier than its Russian Sukhoi T-50 PAK-FA counterpart. The Chinese aircraft might also be ahead of the Russian jet in terms of avionics, but concrete information about the new warplane’s systems is scarce. The J-20 is also likely to become fully operational ahead of Moscow’s offering. However, Beijing seems to be aware of its shortcomings—Xinhua notes that the J-20 is optimized for supersonic cruising speeds but is limited by imported Russian engines.

The news agency notes that the J-20 won’t be able to reach its full potential until China develops engines with a thrust-to-weight ratio of ten-to-one. That means Beijing is aware it needs to develop jet engines that are on par with the Pratt & Whitney F119 and F135, which are installed on the Lockheed Martin F-22 Raptor and F-35 Joint Strike Fighter respectively. China is working on developing its own jet engines, but thus far, its efforts have fallen short. 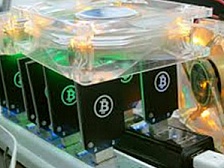 Bitcoin’s New Rival is so Big that it Could Surpass the Dollar, Euro and Swiss Franc by The New Year 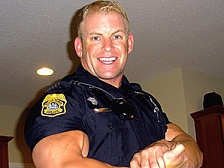 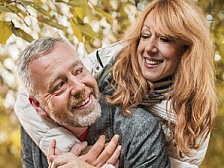 China recently concluded a deal to purchase two-dozen advanced Sukhoi Su-35S Flanker-E fighters from Russia, which are equipped with a pair of powerful NPO Saturn AL-41F1S afterburning turbofans. China may hope to harvest the technology from the AL-41F1S to further its own engine development, however the new Russian engine—which is an upgraded development of the earlier AL-31F—has proven to be less than satisfactory for Moscow’s own PAK-FA development. The Russians are pursuing a new engine tentatively called izdeliye 30 for installation on a future PAK-FA production standard aircraft as a solution to the problem. Thus, it is unclear if the AL-41F1S will solve Beijing’s engine woes—but it might mitigate some of its problems.

Even without new engines, the addition of the J-20 should significantly boost the capabilities of China’s air force. It’s not clear that the J-20 is an air superiority fighter—rather it might be specifically designed to eliminate support aircraft like tankers and intelligence, surveillance and reconnaissance aircraft like the AWACS that enable U.S. air operations over the Western Pacific. It might also have a maritime strike role as part of Beijing’s anti-access/area-denial strategy. The lack of supersonic cruise capability might hinder the J-20 in that role, but there is a good chance it still poses a significant threat even as is.

Dave Majumdar is the defense editor for the National Interest. You can follow

← U.S. Accuses Iran Of Conducting Rocket Test Near Warships
New Book Claims Famed Aviator Amelia Earhart Was Captured While Spying On The Japanese — Who Held Her Prisoner In China Until 1945; And, She Took A New Identity When Freed, Living Out Her Remaining Days In America As Someone Else →