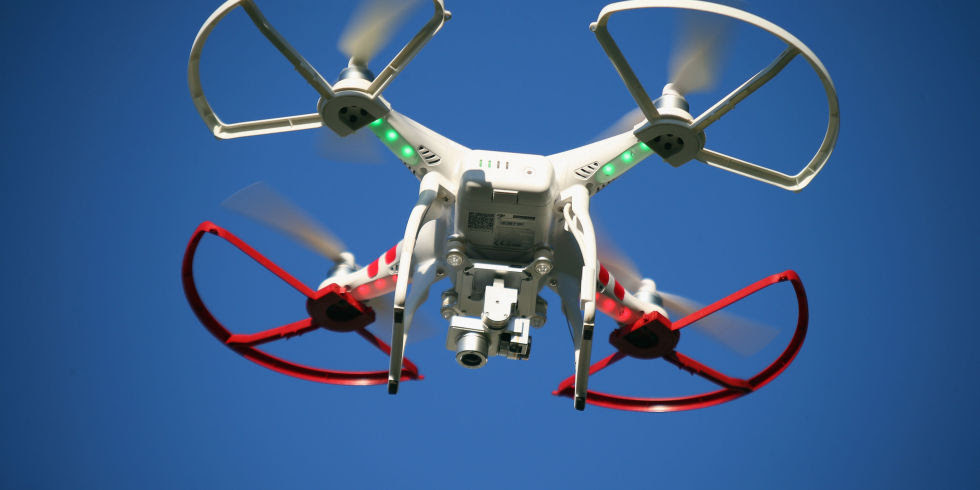 By Kyle Mizokami
Mar 30, 2016
A report by a Washington D.C. think tank warns of a dangerous future for U.S. ground troops in which they must defend themselves against swarms of flying attack drones, each packing the explosive power of an artillery shell.  The report, entitled “Uncertain Ground: Emerging Challenges in Land Warfare”, was published by the Center for New American Security. The author, Paul Scharre, is a former Army Ranger with multiple tours in Iraq and Afghanistan. Read the report here [PDF].
“IN THE FUTURE, IEDS WILL COME LOOKING FOR U.S. FORCES”
More than 90 countries already have drones for reconnaissance and surveillance purposes, and 30 countries are developing armed variants. Scharre warns that the drones will be the new improvised explosive device (IED). Strapped with explosives, a drone could become a robotic suicide bomber sent to blow up U.S. troops and bases. “In the future,” the report warns, “IEDs will come looking for U.S. forces.”
Options for defending against these drones are limited. Small and fast, drones are difficult to shoot out of the sky. GPS-guided drones can be jammed, but other drones that use line of sight control or inertial guidance would still get through. Because drones are relatively cheap, an attacker could simply add more of them to overcome a defense, mounting swarming attacks from multiple directions.
All of this is bound to create an entirely new, low-level realm where domination of the skies will be a must. If not, the report states, the idea of unmatched American air power is in jeopardy. “Even if American aircraft still dominate at 30,000-60,000 feet, at the level of the grunt on the ground, the era of American air superiority may be coming to an end.”
Which begs the question: Will the U.S. Army someday field tiny drone fighters to keep the skies clear?