The US government allegedly asked Britain to keep its failed Trident missile test in June 2016 a secret, the Sunday Times claims. The missile, fired from a nuclear submarine off Florida, malfunctioned and veered towards mainland US during a routine test.

According to the source, the US administration “may have been worried that there could be similar problems on other missiles.”

“The British submarine successfully carried and launched the missile; the bit that went wrong was the US proprietary technology,” it added.

While the UK maintains it has operational control of Trident aboard its four nuclear submarines, the missiles are owned by the US and are largely reliant on the Americans for technical support.

The US is likely to have been highly resistant to the idea of sharing news of the defect because Britain’s D5 missiles are leased from the same stockpile used by the US military.

The emergency debate on Monday, called by former Labour defense minister Kevan Jones, saw the SNP and some Labour figures launch an offensive over the misfire and apparent cover-up.

In a bizarre twist, MPs pointed out during the debate that while Fallon was refusing to disclose details of the misfire, US officials were openly briefing the American media about the incident.

While the SNP wants nukes removed from Scotland, Labour is split on the issue, with the upper echelons of the party leadership generally opposed to nuclear weapons, while many in the parliamentary party support renewing them.

Both Fallon and Prime Minister Theresa May have issued strenuous denials over the incident. Some attempts have also been made to push blame onto May’s predecessor, David Cameron. 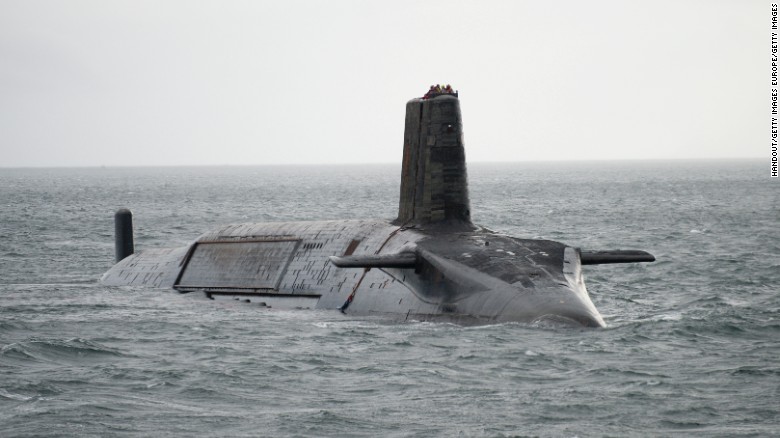 The official told CNN that the incident, which happened last June in an the area off the Florida coast used by the US and the UK for missile tests, did not in involve a nuclear warhead.
Britain’s Sunday Times newspaper reported that the missile veered towards the US coast, but the US official told CNN that this trajectory was part of an automatic self-destruct sequence. The official said the missile diverted into the ocean — an automatic procedure when missile electronics detect an anomaly.
READ: Trump’s blast sends chill across Europe
A month after the test, the UK parliament approved the renewal of Trident at a cost of £40 billion. Unaware of the failure, members of the House of Commons voted by 472 votes to 117 in favor of renewal. 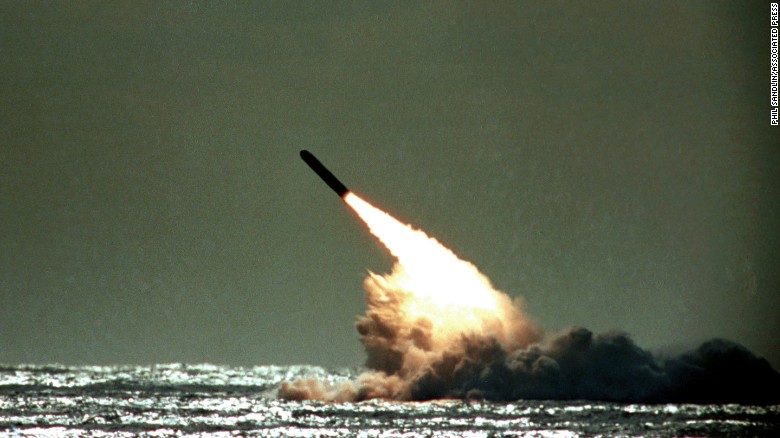 A Trident missile is launched by the US navy during a test in 1989.
On Sunday, British Prime Minister Theresa May was asked four times during an interview with the BBC’s Andrew Marr Show whether she knew of the missile failure before the vote. May refused to answer.

Forced to make a statement on the controversy in the House of Commons on Monday, British Defense Secretary Michael Fallon said he had “absolute confidence” in Trident but refused to give “operational details” about the test.
CNN published this story just as Fallon spoke, and Mary Creagh, of the opposition Labour Party demanded to know why he would not give any further details. 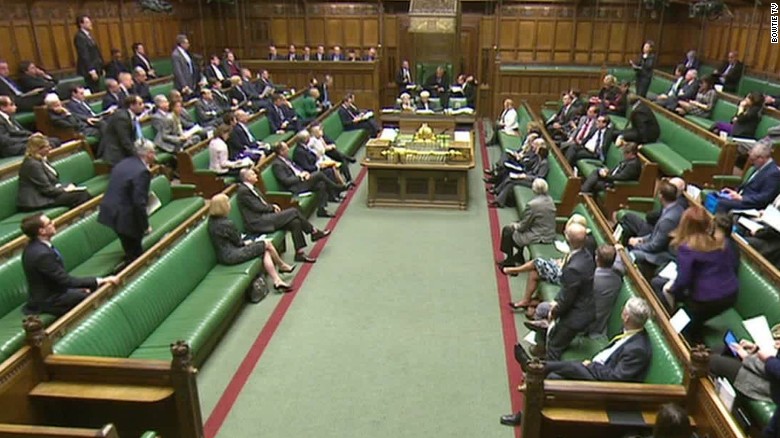 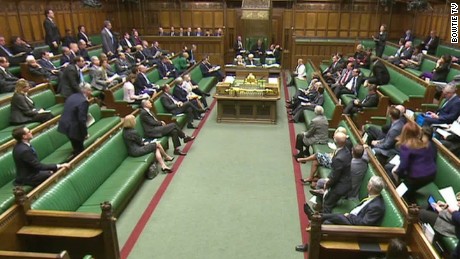 U.S. Official: British missile test malfunctioned 00:52
Citing CNN’s story she said: “The Secretary of State has advised us not to believe everything we read in the Sunday newspapers, but should we believe the [US] official who, while we’ve been sitting here debating, has confirmed to CNN that the missile did auto-self-destruct off the coast of Florida? And if that is the case, why is the British parliament and the British public the last people to know?”
Fallon once again declined to give “operational details”.
Another Labour lawmaker, Chris Byrant, said the reporting by CNN and the Sunday Times demonstrated the need for a full investigation.
“We deplore the leakage of any information about the nuclear deterrent but it is not for me to comment on what may or may not be said by the United States administration,” Fallon replied. “This is our submarine, our deterrent, and it is our responsibility to apply to it the very highest security classification.”

The UK government’s refusal to discuss the missile failure has prompted criticism from opponents of the UK’s nuclear deterrent. 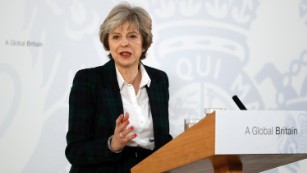 Theresa May’s Brexit confidence is deeply misguided
Scotland’s First Minister Nicola Sturgeon tweeted: “This is a hugely serious issue. There should be full disclosure of what happened, who knew what/when, and why House of Commons wasn’t told.”
Earlier on Monday, a spokeswoman for May said she was briefed on the Trident test when she came into office.
The Prime Minister and the Defense Secretary are routinely informed about tests and their outcome, May’s spokeswoman told reporters.
“These are known as a ‘demonstration and shakedown’ test. This test was in June (2016) under the last prime minister (David Cameron). On taking office the current Prime Minister (Theresa May) was briefed on a range of nuclear issues, including this. This test saw the submarine and crew successfully tested and certified.”
May will become the first world leader to meet with new US President Donald Trump when they hold talks in Washington on Friday.

← Reported DF-41 Deployment: China ‘Responding To U.S. Missile Defense In Asia’
Mystery Deepens Over World’s Biggest Explosion — 185 Times As Powerful As The Atomic Bomb Dropped On Hiroshima — Some 110 Years Ago, And Some Six Miles Above Lake Cheko, In Russia’s Siberian Forest →