The Regime Change Solution In Korea: The CIA Dir. Talks About Separating Kim Jong-Un From His Missiles

The Regime Change Solution in Korea

The CIA director talks about separating Kim from his missiles. 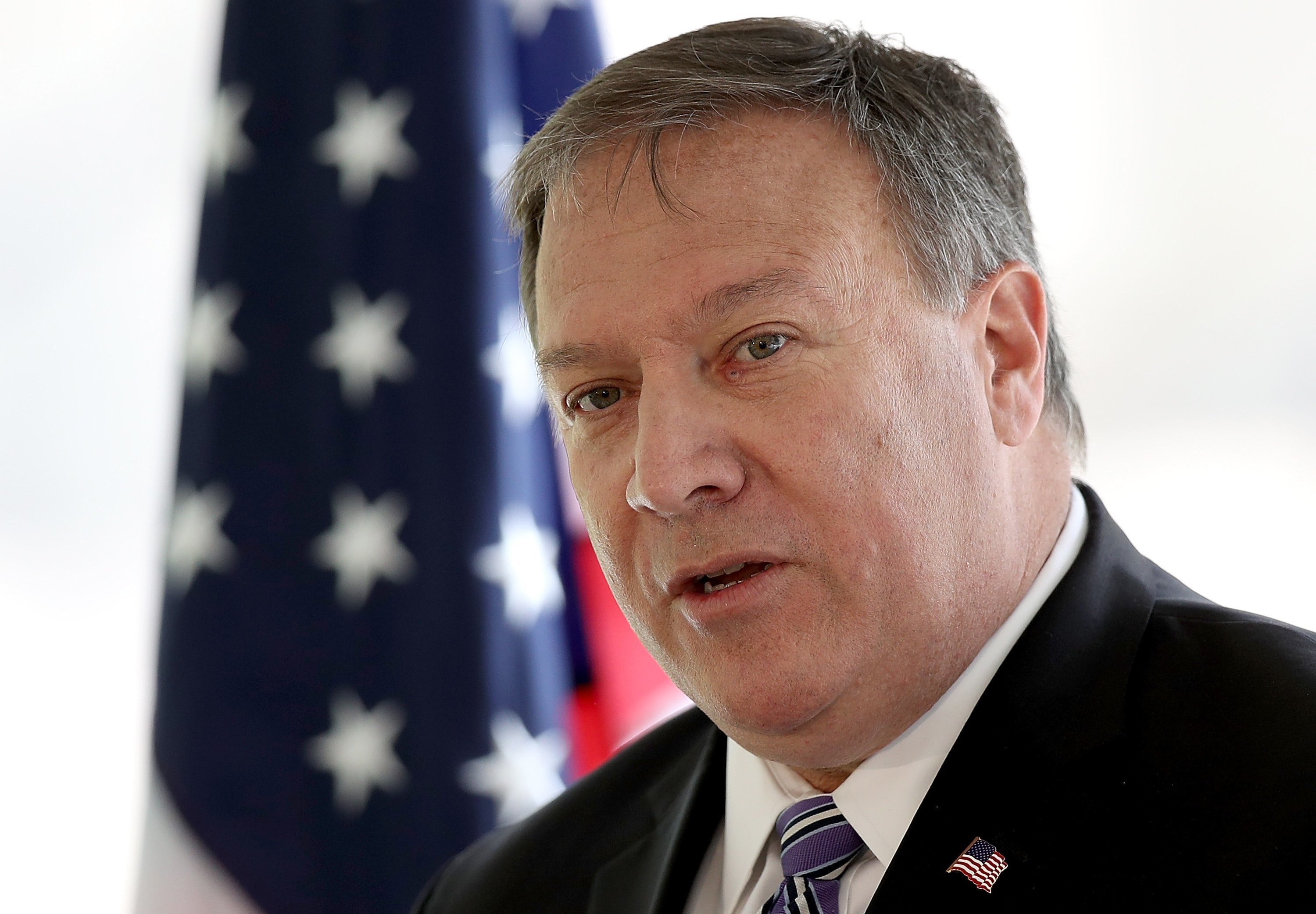 180 COMMENTS
The North Korean crisis is accelerating as dictator Kim Jong Un moves closer to holding U.S. cities hostage to nuclear blackmail. Some in the U.S. intelligence community are admitting they have underestimated the threat, and President Trump again tweeted his frustration with China’s refusal to restrain its client state. A new U.S. strategy is needed, so it’s notable that CIA Director Mike Pompeo recently suggested that the Trump Administration may be contemplating a goal of regime change in Pyongyang.
“It would be a great thing to denuclearize the peninsula, to get those weapons off of that, but the thing that is most dangerous about it is the character who holds the control over them today,” Mr. Pompeo told the Aspen Security Forum 10 days ago. “So from the Administration’s perspective, the most important thing we can do is separate those two. Right? Separate capacity and someone who might well have intent and break those two apart.”
Mr. Pompeo is right. Israel is believed to have nuclear weapons but its arsenal is defensive. Democratic India doesn’t threaten its neighbors with a first strike. The nature of the regime matters as much as the weapons, and in North Korea that means the dynastic cult that attributes supernatural powers to its young, reckless leader Kim Jong Un.
The U.S. has no time to waste after the North’s latest missile test on Friday that experts say flew far enough to put in jeopardy Los Angeles and Denver. Media reports last week say the Defense Intelligence Agency now believes the North will be able to deploy a nuclear-capable ballistic missile by next year. Thanks for letting us know. For years U.S. intelligence agencies have predicted the North was several years away from posing such a threat.
Mr. Trump blasted China on Saturday for doing “NOTHING FOR us with North Korea, just talk. We will no longer allow this to continue.” China continues to preach the illusion of a diplomatic solution even as it abets the North’s evasions of international sanctions. The U.S. and its allies need to raise the ante if the world is going to avoid another Korean war.
A policy of regime change needn’t require an invasion or immediate unification of North and South Korea. Security in Northeast Asia could also improve if the Kim regime is overthrown from within by generals or a political faction that wasn’t determined to threaten the world with a nuclear arsenal.
The U.S. does have policy tools to promote this strategy, especially if the goal of regime change is clearly stated. Some are economic, such as the North Korea Sanctions and Policy Enhancement Act that cuts off North Korean banks from the dollar-based international financial system. The Trump Administration recently began to sanction Chinese banks and trading companies that violate U.N. sanctions, and the list should be expanded.
Washington could also promote the truth to the North Korean people and elites about the Kim family’s crimes. If army officers believe that Kim is leading the regime toward disaster, they will have an incentive to plot against him.
The Trump Administration can encourage that calculation by drawing a red line at further long-range missile tests. Shooting down future test launches would deny the North’s researchers the data to perfect their re-entry vehicles. It would also show U.S. resolve to stop the North’s sprint to obtain an intercontinental missile that could strike the U.S. mainland.
The other audience for this policy is in Beijing. Chinese leaders have long calculated that a nuclear North might serve the strategic purpose of driving the U.S. out of the region. And if the U.S. pursues regime change in the North, Beijing will at first react angrily and blame Washington for destabilizing the region.
But a debate is already underway among Chinese elites about the wisdom of supporting the Kim dynasty. China might decide to manage the process of regime change rather than allow a chaotic collapse or war on the Korean peninsula, perhaps by backing a faction within the army to take power.
A military dictatorship beholden to China is no guarantee of reconciliation between North and South. But it would be preferable to the erratic Kim regime and its strategy of nuclear blackmail. A new government would need to grow the economy to build its legitimacy, and it would need foreign investment.
North Korea has become an urgent threat because U.S. administrations pursued endless accommodation. Let’s hope Mr. Pompeo is signaling that this era is over.
Appeared in the July 31, 2017, print edition.