My Father Fought The CIA’s Secret War In Laos

January 31, 2018 · by Support CMShelplive · in Air Force, Army, Cambodia, China, CIA, counterinsurgency, Covert OIperations, Denial & Deception, Department Of Defense, DIA, espionage, spying, Hybrid War, Intelligence Community, Marines, military history, national security, Special Operations, Thailand, US Military, Vietnam · 3 Comments
The comments highlighted in blue below are by/from Col. (Ret.) David Maxwell; and, his contact info is at the bottom of this page.  RCP, fortunascorner.com
David Maxwell:  Joe Celeski (retired SF Colonel, former Commander of 3d SFG) is writing what I believe will be the definitive history on the employment of US Special Forces in Laos.  He has shared with me drafts of his work that is based on extensive first person interviews and never before published papers and photographs that veterans have shared with him over the past few years.  He is in the final stages of completing his work and getting it ready for publication.  When it comes out it will provide an eye into Special Forces history that we have not seen before.

My father fought the CIA’s secret war in Laos 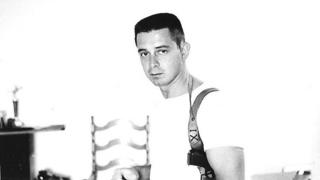 Peter Lang-Stanton set out to make a radio documentary about the truth of his father’s role in one of the largest clandestine missions in US history, but he didn’t realise the emotional minefield of investigating a loved one’s past, still shrouded in secrecy.

The summer before university, my dad and I went for a drive in the old Volvo – just the two of us, something we never did. We buckled our seatbelts, and kicked up dust on the gravel lane.

“Peter, it’s time to tell you about the family business,” my dad said as he tapped his fingers on the wheel waiting for a red light. The light turned green and we pulled out onto the main road.

My father had a deadpan sense of humour, but if this was another dad joke, I thought, it seemed very elaborate and not very funny. As we drove through our town, a suburban huddle of strip malls and telephone poles, he told me he had worked undercover for the CIA for almost 40 years.

When he didn’t smirk and the silence became dense, it occurred to me that he was serious.

People often ask: “Did you suspect anything?” No, my brothers and I never suspected anything.

I thought my parents were paper-pushing bureaucrats in the State Department but truthfully, I didn’t really know what they did. When you’re growing up, everything your parents do is unbearably normal, until you’re old enough to realise it’s not.

In the 1960s, while US Army troops spilled out of C-130s into Vietnam, the CIA fought a secret war in Laos. It was the height of the Cold War, and the CIA sent my father and a group of officers to arm and train the Hmong, a Laotian highland tribe, to fight the Communist Pathet Lao and North Vietnamese.

It’s hard to determine whether the CIA were empowering the Hmong, or hiring them. Retrospectively, both sides seem to think they were working for the benefit of the other.

But many in the CIA knew the resistance was destined to fail; the Hmong were horse flies trying to take down a water buffalo. After the Vietnam War ended, the CIA abruptly pulled out of Laos, leaving thousands, possibly tens of thousands, of Hmong to flee.

This was my father’s first mission in the Central Intelligence Agency.

My father died a few years after our talk in the station wagon. Before he died, he turned to me sitting beside his hospital bed and said: “I’m prouder of what we did in Laos than just about anything, other than you boys.”

After he passed, I read every book I could find on the CIA’s secret war in Laos. I did what we often do when we lose someone. I searched for fragments of him in the world to appease the grief.

But many of the books disparaged the CIA’s actions in Laos, even calibrating for the perceived existential threat of Communism at the time. They admonished the way the CIA disappeared, resulting in a Hmong exodus to Thailand.

And then there were all types of other allegations – drug-trafficking, carpet-bombing and even the use of Hmong children as soldiers in the secret army. Some historians described it as a scar on the agency and on the US.

The more I read, the less I understood why this was my father’s proudest achievement.

As I set out to work on a radio documentary about the CIA’s involvement in Laos, I emailed a few of my dad’s agency buddies. I remember these men from childhood. They used to come over to the house on Sunday mornings and drink scotch. But now this generation was in their 80s and some were already gone. If I wanted to get first-hand accounts of what happened in Laos, it needed to be now.

My call to speak to officers who were in Laos with my father was posted to “the SKYNET”, an email forum for ex-CIA in Laos. Men with codenames like Mule and Igor emailed me. One said my father had a great laugh and owed him $18. He also said he would take a cheque.

Watts (aka Tom Norton) was one of my father’s best friends in the CIA. Tom wrote back and invited me down to South Carolina for a visit.

We spent the better part of a week talking, drinking scotch, digging through mountains of old papers, tapes, slides, and video footage.

“I do wonder what will happen to all of this when I’m gone,” Tom said. “But that’s not my concern.”

We looked through hundreds of pictures, many of my father in Long Tieng, the CIA’s secret base for the shadow war in Laos. Then one day, we came to the photo of a Hmong boy in a military uniform.

“I think we had sort of an informal rule, ” Tom said. “That the boy had to be as tall as an M-1 rifle to become a soldier. Maybe about 10 years old.”

From my research, I thought allegations of child soldiers in the CIA’s secret war were unverified. Or perhaps I simply wanted them to be. Or maybe I assumed it was an isolated incident, occurring elsewhere – wherever my father was not.

But this single photo shattered all of that.

There is a danger in digging up things about the ones we’ve lost, because they can’t defend themselves. They are frozen in amber and each time we conjure them, we distort them.

The photo of the child soldier completely changed the path of the documentary. Many of the disparaging critiques of the CIA in Laos were simpler for me to explain away – some decisions were profoundly out of the control of my father or Tom Norton.

But in the case of child soldiers, it seemed like CIA officers like my father could have drawn a line in the sand.

I almost booked a ticket to Laos in search of answers, but after a series of phone calls, my coproducer, Nick Farago, and I found the person we needed to speak to in California’s Central Valley.

Xing Yang was a former child soldier in the secret army. He welcomed us with a soft, warm handshake into his home in Fresno.

As half a dozen grandchildren ran around, we sat on the couches in his living room, and Xing told us how he was abducted by Hmong soldiers on his way to school one day. He was taken to a military base, given a gun, and trained to clean, load, and shoot it. He saw his first firefight when he was 12 years old.

Then I asked Xing what I had come there to ask. Was he upset with the Americans for what happened? I gave Xing the opportunity to admonish the CIA and the US – a man with as much right as anyone to be upset – but he decidedly did not take it.

Throughout production of the radio documentary, there was a muscular social pressure to admonish my father, Tom Norton, and the CIA. But I’m not certain admonishment always has the effect we want it to. More often, it seems to satisfy our own thirst for righteousness, rather than bring about change. If we refuse to identify with actors in history, we will never learn its lessons.

“No-one is righteous,” Xing Yang told us before we left. “And God also knows what we’re thinking in our hearts.”

I set out to learn what my father did in Laos, but the answers I found were unsatisfying, still shrouded in secrecy. At the end of the documentary, the listener is left grasping at half-truths and flickers of honesty. But this is precisely what it was like to be a spy’s son.

When all is said and done, the only admonishment I have for my father is that he never discussed his life with me.

“Do you think you can still have a genuine relationship with someone when one person is deceiving the other?” I asked Tom Norton at his home in South Carolina.