China Could ‘Weaponise Cities’ If It Controlled 5G Networks

China Could ‘Weaponise Cities’ If It Controlled 5G Networks

China’s desire to dominate new wireless technology poses a global threat that should be thwarted by a new, secure network, according to a former official in the Donald Trump administration whose call for an enlarged US government role caused an uproar last year.

China will gain a capability for mayhem and mass surveillance if it dominates advanced 5G networks that link billions of devices, retired air force Brigadier General Robert Spalding said in a memo obtained by Bloomberg News.

“The more connected we are, and 5G will make us the most connected by far, the more vulnerable we become,” Spalding, who left the National Security Council last year, said in the memo.

He confirmed his authorship of the memo in an interview on Friday, saying he wrote it in recent days, and circulated it to national security professionals whom he declined to identify. A plan he backed last year aroused protests from Republican regulators and lawmakers and wireless companies who said it diminished the role of private companies.

EU-China relations face a bumpy road in the year ahead

Washington is in tense trade talks with China and has taken steps to restrict its top telecommunications equipment maker, Huawei Technologies Co. The company’s chief financial officer Meng Wanzhou was arrested in Canada December on charges of violating sanctions against Iran.

US government officials and industry executives have long harboured suspicions that Huawei works for Chinese government interests. Huawei has pushed back against the accusations, with a top executive citing “groundless speculation”.

The Trump administration and the US wireless industry have embraced the notion of a “race to 5G”, with the main rival being China. Trump in October ordered a national spectrum policy to ensure the US maintains leadership in advanced wireless communications.

Commercial providers are working to develop 5G networks that provide faster links than the current fourth-generation wireless service. The idea is that dramatically higher speeds – 10 or even 100 times faster than current service – will eventually help support self-driving cars, smart appliances and even surgical robots. 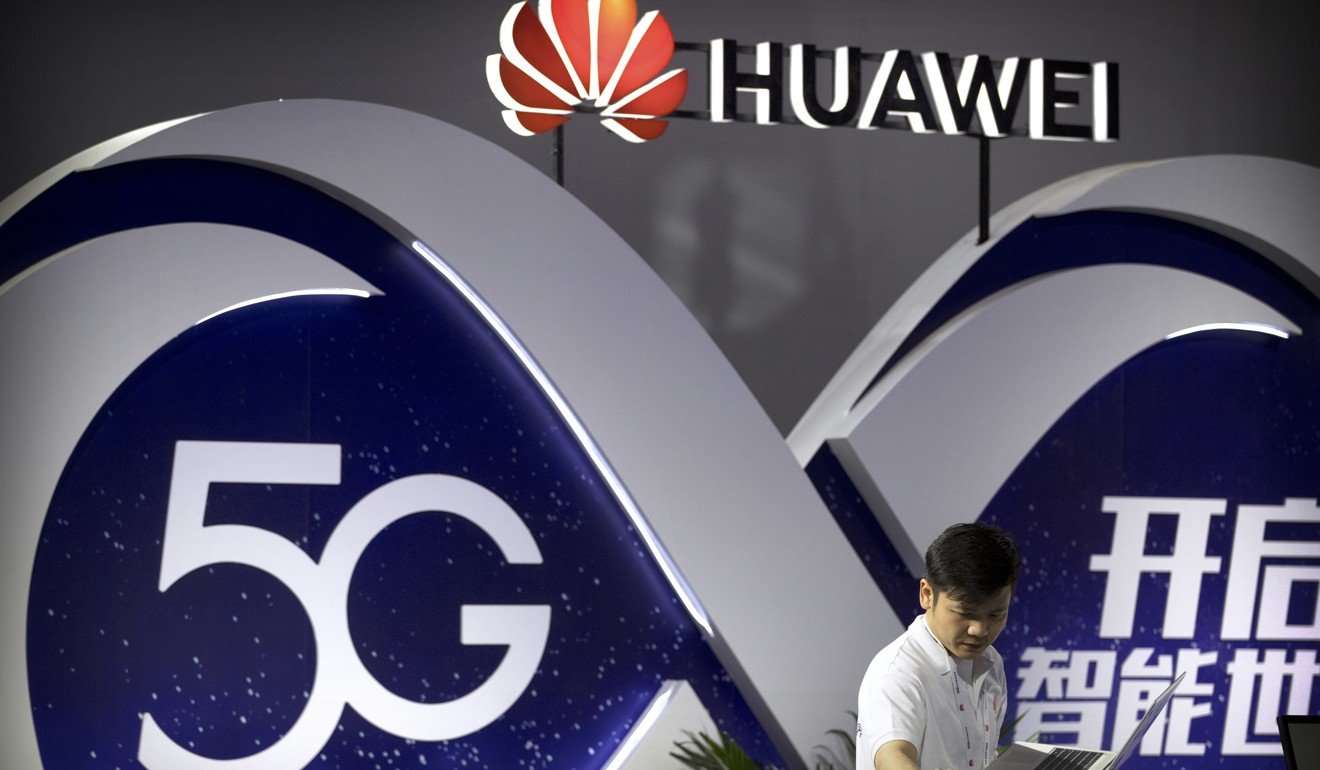 Spalding in his memo paints a future headed towards domination by China. Eventually, alternatives to its network technology would not exist because other suppliers would not be able to compete with government-subsidised offerings from Huawei and fellow Chinese gear maker ZTE Corp, he said.

Once China controlled the market for internet-connected devices, it would be able “to weaponise cities”, Spalding said in the memo.

“Think of self-driving cars that suddenly mow down unsuspecting pedestrians. Think of drones that fly into the intakes of airliners.”

Spalding proposed a network to be built in three years using technology to monitor network devices and “isolate them from the adversary if they become infected”. The network would rely on encryption and a secure supply chain, according to Spalding. His recommendations include “push Huawei and ZTE out of other democracies.”

Spalding did not lay out a government role in the new network, which he said could be built by a company with access to enough airwaves.

In the interview he said the new proposal was little changed from last year’s, which he said likewise did not call for the government to build the network.

A year ago, US regulators and the wireless industry pushed back against Spalding’s plan after it was leaked to the press, with critics saying network construction should come through private efforts. At the time a US official told Bloomberg News unresolved questions included what portion of the project would be taxpayer funded, and whether it would be owned by the government, a private consortium or some combination of public and private entities.

Direct participation by the federal government in building a wireless network intended for commercial use would be a departure from the decades-long tradition of auctioning licences to telecommunications companies to build their own networks.