April 8, 2019 · by Support CMShelplive · in China, CIA, counterinsurgency, Covert OIperations, Department Of Defense, DIA, espionage, spying, Intelligence Community, national security, North Korea, Nuclear, South Korea · Leave a comment
David Maxwell Comment: “Plotting against the north is easy.  Doing something productive is a herculean task and if anyone is serious about it it is going to take time, resources, and a coherent long term strategy.  As I have said, Madrid was amateur hour and not an example of a credible resistance organization.  That said it is likely Free Joseon has put fear int he mind of Kim Jong-un and that can and should be exploited.  But a real resistance organization is going to take a lot of work.”
Excerpts:

Really, there’s no telling what Hong has in mind, whether he’s in cahoots with the FBI or CIA or some other organization, or who’s financing him.
Whatever the answers, Hong would be advised to go back to aiding refugees and abandon fantasies of overthrowing the regime up north. There’s enough potential for violence in the Korean confrontation without a gang of trouble-makers concocting cockamamie schemes guaranteed to go nowhere while endangering innocent people. 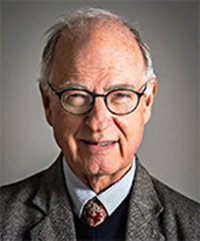 By Donald Kirk
The raid on the North Korean embassy in Madrid by a band named Jayu Joseon, “Free Joseon,” portends disquieting possibilities. Does any movement stand a chance of challenging the regime of Kim Jong-un? Were these people a unique bunch of crazies acting on their own or do they have mysterious powerful backing? And will they wind up being imprisoned for barging into the embassy, beating and tying up everyone there and then stealing the embassy’s computers and hard drives?
Above all, we need to know what’s happening to Adrian Hong, the mastermind and no doubt author of a series of incendiary messages on the group’s website. The word Joseon, the historic name for Korea, by which North Korea is informally known in the North, conjures images of dynastic glory. Who is this guy, what was he thinking, and how did he get nine others to go along with him?
Hong is not an unknown zealot who sprang from nowhere, then jumped into the limelight as a revolutionary figure. He’s a graduate of Yale University, an elite Ivy League institution that claims four recent American presidents as alumni. George W. Bush and his father, George H.W. Bush, both received bachelor’s degrees from Yale. John Kerry, who ran for president against George W. Bush in 2004 and served as secretary of state under Bush’s successor, Barack Obama, also is a Yale graduate. Gerald Ford and Bill Clinton have degrees from Yale Law School, as indeed does Hillary Clinton. The odds of getting into Yale are about one in twenty for those who apply ― a minority among many more who give up on applying after realizing they have no chance of acceptance.
Hong not only beat those odds but began as a student to crusade on behalf of victims of human rights abuses. The Yale Daily News reported in 2003 that he had the great idea of setting up a “wall of dreams” at which students from the campus in New Haven could “share their thoughts” on how to achieve Martin Luther King’s “vision for a harmonious future” and workshops for students at a local high school.

“No matter how much rhetoric goes on in the ivory tower,” Hong was quoted as saying, “it all means nothing until we do something and educate people.”

Hong before he graduated began to focus specifically on North Korea, founding LINK, Liberty in North Korea, dedicated to rescuing victims of human rights abuses in the North. In 2006, one year after graduating from Yale, he led about 50 black-shirted people in a demonstration in central Seoul in which they alternated between lying down and standing up, shouting slogans and showing graphic images of abuses in the North. He achieved still greater notoriety before Christmas 2006 when he and two other LINK members were arrested in Beijing attempting to get six North Korean refugees out of the country. Hong and his LINK cohorts were deported, and those six, unlike many others whom China routinely “repatriates” to North Korea, also eventually got out.
About a decade ago, say LINK’s current leaders, they lost touch with Hong. “I have met him years ago, but I don’t know him well at all,” said Park Sokeel, LINK’s country director in Seoul, in an email response to my question about him. Over the years since then Hong escalated from statements and demonstrations to action on a whole different level.
Jayu Joseon, formerly known as Cheollima Civil Defense, scored its first big success more than two years ago when it spirited Kim Han-sol, son of Kong Jong-nam, Kim Jong-un’s older half-brother, out of Macao after his father’s murder by a VX agent smeared over his face at Malaysia’s Kuala Lumpur International Airport by two women hired by a North Korean assassination team. Then, in the early hours before one of the women was released and sent home to Indonesia last month, “Jayu Joseon” slogans were mysteriously smeared on a fence surrounding the North Korean embassy in Kuala Lumpur.
It’s tempting for ardent foes of the North Korean regime to applaud Hong’s determination to put words into action. Still, his evolution as an activist is more than a little alarming. Luckily no one was seriously injured in the raid on the North Korean embassy, but where will Hong and his people strike next? Last we heard, the Jayu Joseon website was warning of more to come, saying now is merely “the calm before the storm.”
Really, there’s no telling what Hong has in mind, whether he’s in cahoots with the FBI or CIA or some other organization, or who’s financing him.

Whatever the answers, Hong would be advised to go back to aiding refugees and abandon fantasies of overthrowing the regime up north. There’s enough potential for violence in the Korean confrontation without a gang of trouble-makers concocting cockamamie schemes guaranteed to go nowhere while endangering innocent people.

Donald Kirk (www.donaldkirk.com) has been covering the confrontation on the Korean peninsula for decades.