Asia Is The New Ground Zero For Islamist Terror | The Strategist

If left unaddressed, this scourge could become the defining crisis of the century for Asian countries. To prevent that outcome, the fount of jihadist extremism—Wahhabi fanaticism—must be cut off. As the late Singaporean leader Lee Kuan Yew said, preventing terrorist attacks requires that we eliminate the ‘queen bees’ (the preachers of hatred and violence) who are inspiring the ‘worker bees’ (suicide bombers) to become martyrs. The global war on terror, launched by the United States after the attacks of 11 September 2001, is losing steam. Unless it is invigorated and prosecuted to the end, many more innocent lives will be lost.

Asia is the new ground zero for Islamist terror | The Strategist 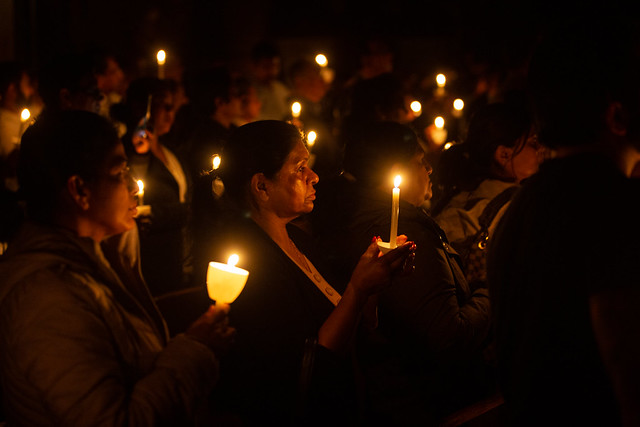 The Easter Sunday bombings in Sri Lanka rank among the deadliest terrorist attacks in modern history, and underscore the metastasising scourge of Islamist violence in Asia. Radical Islamist groups, some affiliated with larger extremist networks, have been quietly gaining influence in an arc of countries extending from the Maldivian to the Philippine archipelagos, and the threat they pose can no longer be ignored.

In fact, the grisly Sri Lankan bombings are a reminder that Asia—not the Middle East—is the region most afflicted by terrorist violence. Home to the vast majority of the world’s Muslims, it is also host to multiple ‘terrorist safe havens’, owing to the rise of grassroots radical movements and years of complacency on the part of policymakers.

With a total of 359 people dead (and hundreds more wounded), the Sri Lanka bombings were seven times deadlier than the 15 March massacre by a white supremacist at two mosques in Christchurch, New Zealand. The death toll is also more than double that of the 2008 Mumbai attacks, which involved 10 Pakistan-based militants in one of the modern world’s longest-ever terrorist sieges.

By targeting international hotels and iconic churches, the Islamists behind the Sri Lankan blasts clearly intended to strike a blow against Sri Lanka’s fast-growing tourism industry, a mainstay of the country’s debt-ridden economy. Reduced tourism receipts will add to the burden of Sri Lanka’s high external interest payments, compounding a problem that has already forced the country to cede control of its strategic Indian Ocean port, Hambantota, to China (a signal achievement of the latter’s debt-trap diplomacy).

The attacks also mark the dawn of Islamist terrorism in Sri Lanka. Though suicide bombings were not uncommon during the country’s 26-year civil war, which pitted the ethnic Sinhalese majority against the minority Tamils, Sri Lanka has not previously experienced coordinated violence on this scale or a major attack by Islamist militants.

The civil war ended in 2009, when the Sri Lanka Army brutally crushed the last of the Tamil separatist rebels. But that outcome sowed the seeds of religious conflict between the country’s mainly Buddhist Sinhalese and a Muslim minority that constitutes one-tenth of the population.

Sri Lanka’s Muslim population is largely concentrated in the Eastern Province, where Saudi and other Gulf funding has fuelled the rise of jihadist groups seeking to enforce sharia (Islamic law). The group suspected of carrying out the Easter bombings, the National Thowheed Jamaath, thrived in this setting. Like the similarly named outfit Sri Lanka Thawheed Jama’ath and the rapidly growing Tamil Nadu Thoweed Jamath in southernmost India, its primary goal is to foment militant Islamic fundamentalism.

We now know that Indian intelligence had tipped off Sri Lankan security agencies about the Easter bombing plot, even identifying its alleged masterminds. Yet, owing to political infighting between Sri Lankan President Maithripala Sirisena and Prime Minister Ranil Wickremesinghe, the latter was kept in the dark. Accordingly, many are now blaming the failure on Sirisena, who oversees the security agencies (and who had previously attempted to remove Wickremesinghe in a constitutional coup, only to be overruled by the Supreme Court).

Though its extremist enclave in Syria and Iraq has crumbled and its leaders are on the run, the Islamic State has claimed responsibility for the bombings. Like al-Qaeda before it, IS wants to demonstrate its continued relevance by taking credit for attacks in areas where it has no presence. Most likely, the Sri Lanka attacks were not the direct work of IS. And yet they were inspired by the same toxic ideology espoused by IS: Wahhabi fanaticism.

Wahhabism, the austere, rigid version of Islam bankrolled by Saudi Arabia and other Gulf sheikhdoms, remains the driving force behind Islamist terrorism today. Its offspring include not just al-Qaeda and IS, but also the Taliban in Afghanistan, Lashkar-e-Taiba in Pakistan, Boko Haram in Nigeria, and al-Shabaab in Somalia. All of these groups are driven by a nihilistic rage born of hostility towards non-Sunnis and a rejection of modernity.

Unfortunately, as the Sri Lanka bombings and other attacks in Asia show, the defeat of IS in Syria and Iraq has only intensified the terrorism challenge, because battle-hardened fighters with the operational training to stage savage attacks are now returning home. The presence of such returnees in Sri Lanka explains how an obscure local group was able to carry out sophisticated, near-simultaneous strikes on three churches and three hotels, using military-grade explosives.

Returnees are present in many other Asian countries as well, from the Philippines and Indonesia to the Maldives and Uzbekistan. Like Osama bin Laden and other al-Qaeda leaders who cut their teeth in the US-backed war against the Soviet occupation of Afghanistan, this new generation of jihadist veterans could haunt the security of Asia, the Middle East and the West for years to come.

To be sure, official discrimination against Muslims has contributed to Islamists’ growing influence, particularly in Myanmar’s Rakhine state, Thailand’s four southernmost provinces, and the southern Philippine island of Mindanao. But so have Saudi-funded madrasas (religious seminaries) and social-media platforms, which facilitate fundraising, recruitment and dissemination of jihadist propaganda. Hence, jihadist violence has also come to threaten predominantly Muslim countries such as Indonesia, Malaysia, Bangladesh and Kazakhstan. And in some cases—namely Pakistan—the state itself is abetting violent extremists.

If left unaddressed, this scourge could become the defining crisis of the century for Asian countries. To prevent that outcome, the fount of jihadist extremism—Wahhabi fanaticism—must be cut off. As the late Singaporean leader Lee Kuan Yew said, preventing terrorist attacks requires that we eliminate the ‘queen bees’ (the preachers of hatred and violence) who are inspiring the ‘worker bees’ (suicide bombers) to become martyrs. The global war on terror, launched by the United States after the attacks of 11 September 2001, is losing steam. Unless it is invigorated and prosecuted to the end, many more innocent lives will be lost.