May 1, 2019 · by Support CMShelplive · in CIA, DIA, espionage/spying, Intelligence Community, national security, North Korea, Nuclear, POTUS, Spain · Leave a comment
I agree with Dave below and do not understand why we’re doing this. We should be doing the exact opposite: Encouraging, facilitating, helping entities/movements like this. I wish someone could get to POTUS Trump on this. Counterproductive to say the least. RCP, fortunascorner.com
David Maxwell Comment: “Free Joseon/Chollima Civil Defense may be an incompetent resistance organization but we should not be treating it as criminal especially in the ideological war the ROK and US must fight with the Kim family regime.  And if we arrest Adrian and members we are going to hurt our ability to support other resistance.  Rather than arresting we should be considering how to effectively support this and other organizations.  And if we do arrest Adrian we are not going to receive any benefit whatsoever from the regime.  It will generate no goodwill.  Support to resistance organizations can, should, and must be part of a maximum pressure 2.0 campaign.”

U.S. Marshals are searching for the purported leader of a daytime break-in at a North Korean embassy abroad who authorities consider “armed and dangerous,” according to a wanted poster circulated by the Department of Justice on Monday.

Add North Korea as an interest to stay up to date on the latest North Korea news, video, and analysis from ABC News.

Federal authorities have been looking for Adrian Hong Chang, a Mexican national and U.S. resident, since at least April 9 when a U.S. court in California issued a warrant for his arrest.

A complaint filed against Hong, based on information from the Spanish government, alleged that on the afternoon of Friday, Feb. 22, he talked his way into the North Korean Embassy in Madrid and then held the door for six others to come in. The group, referred to in court documents as “Hong Chang’s group,” was allegedly armed with “knives, iron bars, machetes, and imitation handguns” as they restrained and beat embassy staffers there, held them for hours and eventually made off with several electronic devices, court documents state.

They also allegedly tried to convince a North Korean embassy official to defect, but the official refused.

After the group made its escape, Hong traveled to the U.S. where he met with the FBI twice and turned over “items seized” from the embassy, the complaint said. The FBI did not immediately respond to an after-hours request for comment for this report. The Bureau has previously declined to comment on the case. 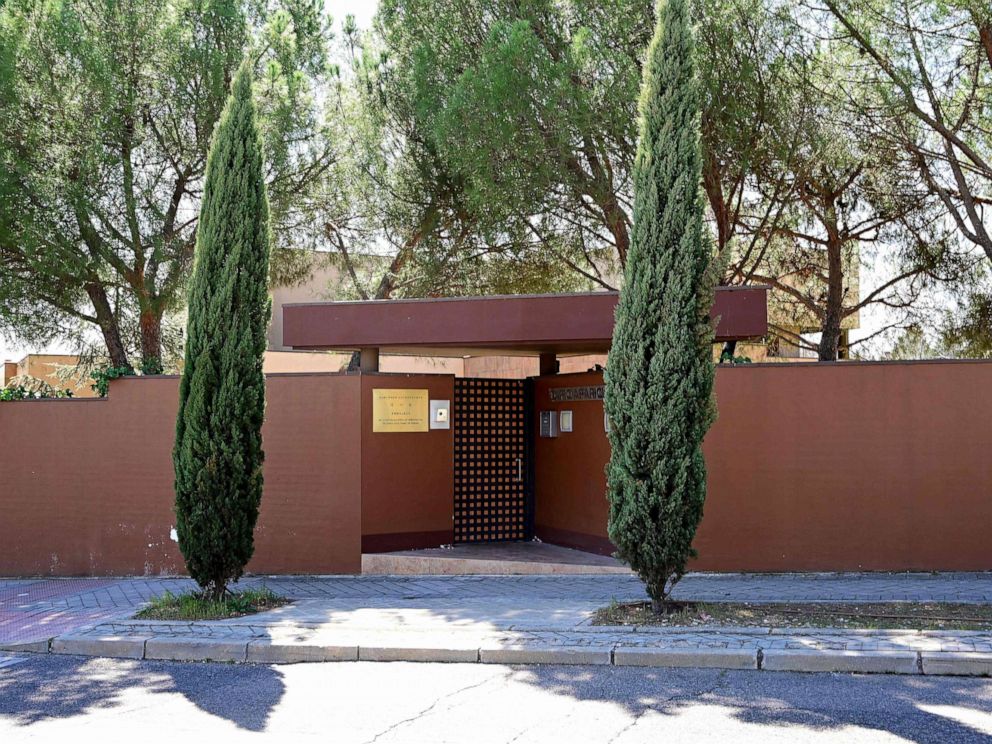 A picture shows the North Korean embassy in Madrid on March 28, 2019.In March, as a Spanish court unsealed details of a police investigation into the break-in, a shadowy organization calling itself Cheollima Civil Defense, or Free Joseon, claimed responsibility but disputed allegations of violence, saying instead it had been invited into the embassy and was responding to an “urgent situation.” The group also apologized to Spain for involving the European nation in its struggle against the North Korean regime.

“Our fight is only against the regime’s practices and on behalf of millions of our enslaved people,” the group said.

On March 31, the North Korean government called for an investigation into what it called a “grave terrorist attack,” according to The Associated Press.

Two days later, a Spanish court issued a warrant for Hong’s arrest, according to U.S. court documents. A week later, U.S. Marshals were ordered to find and arrest him.

A Justice Department spokesperson told ABC News that it was only after the Spanish arrest request that “further investigation resulted in the belief that [Hong] is armed and dangerous.”

Earlier this month, U.S. authorities arrested Christopher Ahn, a former U.S. Marine, who allegedly took part in the assault. Ahn was ordered held in detention in California ahead of extradition hearings. A public defender for Ahn did not respond to ABC News’ request for comment last week. 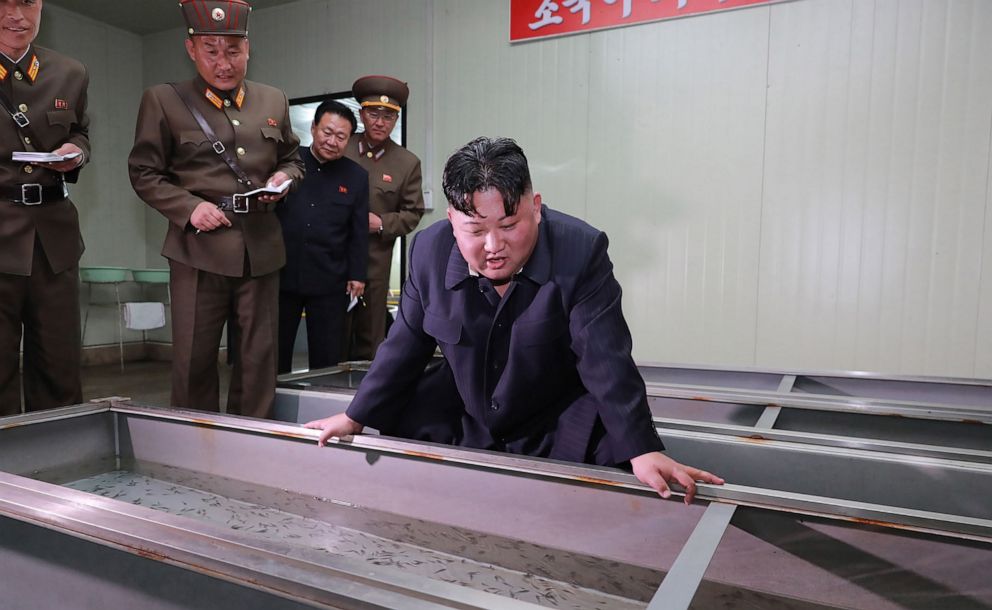 This April 16, 2019 picture released from North Korea’s official shows North Korean leader Kim Jong-Un visiting Sinchang Fish Farm in Sinchang.When Ahn was taken into custody, Lee Wolosky, a New York attorney who said he was representing Free Joseon, said the group was “dismayed that the U.S. Department of Justice has decided to execute warrants against U.S. persons that derive from criminal complaints filed by the North Korean regime.”

In an apparent reference to the death of American Otto Warmbier, Wolosky said, “The last U.S. citizen who fell into the custody of the Kim [Jong Un] regime returned home maimed from torture and did not survive. We have received no assurances from the U.S. government about the safety and security of the U.S. nationals it is now targeting.”

Wolosky added Tuesday that Free Joseon maintains “there was no ‘attack’ or forced entry.”

“In due time, we expect to be able to present additional evidence that contradicts the account of the North Korean government, which correctly recognizes the threat posed to it by those championing the cause of freedom,” Wolosky said.

A Department of Justice spokesperson appeared to respond to Wolosky’s concerns, telling ABC News at the time, “While we will not comment on this particular matter at this time, we would note that extradition treaties generally provide that an individual who has been extradited to another country to face criminal charges cannot thereafter be extradited to a third country without the consent of the original country.”