“Iran has begun… to raise, to break out of the uranium enrichment curbs that were imposed on it,” Steinitz told Israel’s Ynet TV. 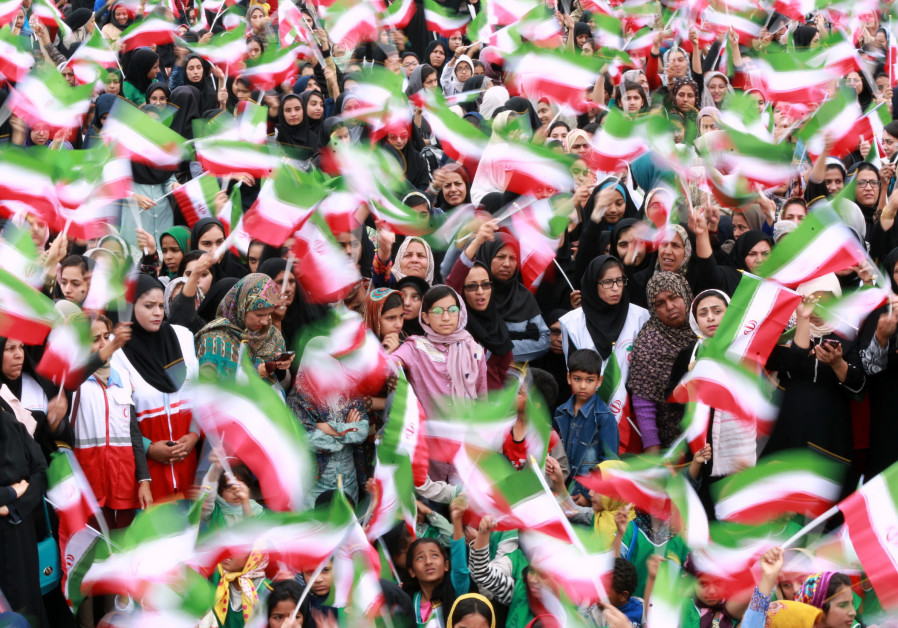 Iran said on Sunday it would further scale back its commitment to the 2015 nuclear deal with world powers, raising its uranium enrichment level to what officials said earlier was 5% to produce fuel for power plants.In a news conference, senior Iranian officials also said that Tehran would continue reducing its commitments every 60 days unless signatories of the pact moved to protect it from U.S. sanctions, but they left the door open to diplomacy.

Energy Minister Yuval Steinitz described the move “as moderate”, but accused Tehran on Sunday of breaking out of internationally agreed limitations on its nuclear projects and moving toward a potential bomb.“Iran has begun – while it is a moderate rise right now – but it has begun to raise, to break out of the uranium enrichment curbs that were imposed on it,” Steinitz told Israel’s Ynet TV.“It means… that it is brushing off the redlines that were agreed [upon and] that it has begun its march – a march that is not simple –toward nuclear weaponry,” he added. Tension has spiked between Tehran and Washington since last year, when President Donald Trump quit the 2015 nuclear deal between Iran and six powers and reimposed sanctions that had been lifted under the pact in return for Tehran curbing its sensitive nuclear work.Under the deal, Iran can enrich uranium to 3.67% fissile material, well below the 20% it was reaching before the deal and the roughly 90% suitable for a nuclear weapon.

In reaction to US sanctions, which have notably targeted its main foreign revenue stream in the form of crude oil exports, Iran said in May that it would scale back its commitments to the deal after a 60-day deadline.Separately, Ali Akbar Velayati, a senior adviser to Supreme Leader Ayatollah Ali Khamenei, said Iranian officials were unanimous in raising the level of uranium enrichment beyond the 3.67% set in the nuclear accord, in remarks posted on Khamenei’s officials website.“For example, we need uranium enriched to 5% for use in the Bushehr [power plant] and this is a completely peaceful purpose,” Velayati said, hinting that this might be the first step Iran might take in raising the enrichment level.The US has requested a special meeting of the UN International Atomic Energy Agency’s 35-nation Board of Governors to discuss Iran, the US mission to the nuclear watchdog said on Friday.

Diplomats who follow the agency said they expected the meeting would be held Wednesday after the International Atomic Energy Agency last week said Iran had exceeded the maximum stock of enriched uranium allowed under its 2015 deal with major powers.US National Security Advisor John Bolton tweeted on Friday that “Iran must be pressured to abandon its nuclear ambitions.”

Iranian Foreign Minister Javad Zarif tweeted, “Today, Iran is taking its second round of remedial steps under Para 36 of the JCPOA. We reserve the right to continue to exercise legal remedies within JCPOA to protect our interests in the face of US #EconomicTerrorism.”He issued a call for the three European countries signed onto the deal, France, Germany and the. United Kingdom,  to uphold their  end of the deal and to help mitigate the impact of US sanctions on its oil exports, noting that only these three European countries could sway Iran to scale back its nuclear activity.“All such steps are reversible only through E3 compliance. E3 have no pretexts to avoid a firm political stance to preserve JCPOA & counter U.S unilateralism,” Zarif tweeted.“Having failed to implement their obligations under JCPOA—incl after US withdrawal—EU/E3 should at minimum politically support Iran’s remedial measures under Para 36, incl at IAEA,” he added.French President Emmanuel Macron said on Saturday he and Iran’s President Hassan Rouhani had agreed to seek conditions for a resumption of dialogue on the Iranian nuclear question by July 15.“The President of the Republic has agreed with his Iranian counterpart to explore by July 15 conditions to resume dialogue between the parties,” Macron’s office said in a statement.The statement added Macron will keep on talking with Iranian authorities and other involved parties to “engage in a de-escalation of tensions related to Iranian nuclear issue.”

← Sneaky: America’s F-22 Stealth Fighter Snuck Up On An Iranian F-4 Phantom
“The British Are Coming: The War For America, Lexington To Princeton, 1775-1777,” By Rick Atkinson; Mr. Atkinson’s Comments On His New Book →