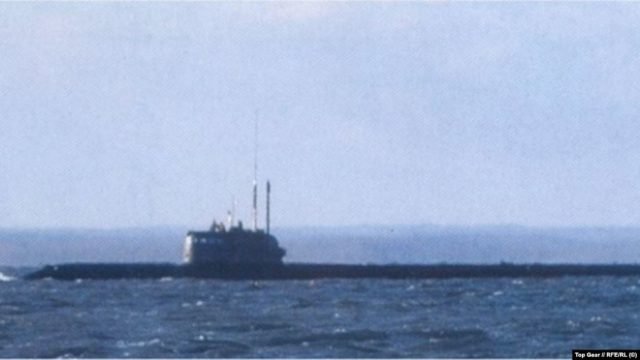 The submarine tragedy in the Barents Sea on July 1, 2019, was quite different from the Kursk catastrophe of August 2000. The explosion that destroyed the nuclear attack submarine Kursk nearly 20 years ago was the consequence of a decade of decay and degradation, and it shocked Russian society, which demanded answers from then newly elected President Vladimir Putin. He did not handle this difficult challenge particularly well, though he did insist on a full investigation, including lifting the wreck from the bottom of the sea. In contrast, last week, Putin quickly and confidently proclaimed the 14 perished sailors aboard the mini-submarine Losharik as heroes and asserted that no details of the accident onboard the super-secret vessel would be revealed (Rossiiskaya Gazeta, July 5). It proved impossible for the Kremlin to prevent information about the tragedy from circulating online, in social media. Nonetheless, the Russian public was generally ready to accept the official version of what happened: a heroic struggle during an emergency situation by a crew of professionals performing their high-risk duty (TV Rain, July 5). Voices condemning the militaristic policy that caused the disaster in the first place were relegated to the margins of public discourse (Moscow Echo, July 3).

Many issues pertaining to the fire onboard the Losharik, an AC-31 nuclear deep-dive vessel, remain unclear; though much more information than the authorities reluctantly provided has become available (Kommersant, July 4). It is impossible to guess what mission justified the presence of so many high-ranking officers (seven of the casualties were confirmed as first rank captains) aboard the rather small submarine operating in the shallow fjords not far from the Russian naval base in Severomorsk, Murmansk Oblast (Nezavisimaya Gazeta, July 4). Contrary to the official claims, the Losharik was probably still attached to the converted Delta IV–class nuclear submarine Podmoskovie (BS-64), which performed an emergency surfacing, inadvertently frightening a group of fishermen (SeverPost.ru, July 3). The only plausible explanation for why the mini-submarine’s highly-trained sailors were unable to use their personal oxygen masks is that the alleged fire in the electric batteries section was in fact an explosion, which incapacitated most or all of the crew of 25 (RBC, July 4). The most guarded secret is the possible connection between the accident and tests of one of Putin’s pet projects—the nuclear-propelled underwater “drone” Poseidon and its carrier-submarine Belgorod (converted Oscar-class), which was launched last April (Svobodnaya Pressa, July 3).

The technical failure in the relatively new submarine (the design and construction on the AC-31 was started in the late 1980s, but it was launched only in 2003) testifies to the scale of problems with logistics and maintenance in the Northern Fleet, which has been affected by funding cuts while simultaneously having to respond to demands from the political leadership to keep many aging ships operational. The sinking of a huge floating dock last October disrupted plans for repairs of many combat ships, including Russia’s only aircraft carrier, the Admiral Kuznetsov (see EDM, November 1, 2018).  Nevertheless, the navy command prefers to report perfect readiness for the annual parade, scheduled for July 28 (RIA Novosti, June 27). The Northern Fleet also has to show presence during the North Atlantic Treaty Organization’s (NATO) naval exercise Dynamic Mongoose in the Norwegian Sea (Moscow Times, July 1). Furthermore, it has to supply many new Russian bases along the Northern Sea Route, which is perceived as a crucially important strategic waterway (Izvestia, June 28; see EDM, June 26). Some ships from the Northern Fleet’s shrinking combat order, like for instance the frigate Admiral Gorshkov, are dispatched for protracted individual patrols as far away as the Indian Ocean (Severpost.ru, July 5). The top brass has claimed there is a permanent escalation of military tensions in the Arctic theater, and now they struggle with demonstrating Russia’s capacity to respond to these allegedly growing threats (Nezavisimaya Gazeta, July 1).

Tensions in the Arctic may be largely hypothetical, but in the Black Sea theater they are real and dangerous. The Ukrainian sailors captured in the Russian attack on three “hostile” ships near the Kerch Strait last November are still sitting in a Moscow jail despite international protests (RIA Novosti, July 3). The Black Sea Fleet actively interferes with the ongoing NATO Sea Breeze 2019 naval exercises with the Ukrainian Navy (Gazeta.ru, July 1). Close intercepts by Russian fighters of United States Navy P-8A Poseidon maritime patrol aircraft is nothing out of the ordinary in these contested waters and airspace (RBC, July 5). But aggravating the risks of such actions is the sustained heavy overstretch of the Black Sea Fleet caused by the need to support the deadlocked Russian military intervention in Syria.

The long-expected offensive on the rebel-held Idlib province remains on hold, but Russian bombers keep striking random targets there each day, no matter the civilian casualties (Novaya Gazeta, July 2). Turkey remains resolutely against the operation in Idlib and even demands Russia stop provocations by Bashar al-Assad’s forces (RIA Novosti, July 4). Putin tries to accommodate Turkey’s erratic President Recep Tayyip Erdoğan and to placate him with promises to deliver the S-400 surface-to-air missiles already this week (Kommersant, July 6). He also promises to Israel that the plan to upgrade the Syrian air-defense system has been quietly shelved (Svobodnaya Pressa, July 3). Russian “advisors” are not taking control, and one of the missiles fired by Syrians last week in response to an Israeli airstrike landed as far away as Cyprus (Newsru.com, July 1).

These intrigues give Putin confidence to argue that the liberal world order is outdated and irrelevant (Moscow Echo, July 3). However, there is a direct connection between his urge to challenge liberal institutions by applying military force as an instrument of policy and the tragedy in the Barents Sea (Ezhednevny Zhurnal, July 4). His pose and escapades can only be convincing if supported by strong domestic performance. Thus, the impression, if not the measure, of power behind the assertive policy must appear to grow. In fact, Russia is sinking into a quagmire of stagnation and corruption, and Putin’s guardians engage in fierce squabbles for profitable assets.

The Russian Armed Forces are expected to deliver demonstrations of superior capabilities of every component of modern military might, despite the cuts in funding. Supplies and repairs are reduced first, and the technologically most complex systems, like nuclear submarines, are the most vulnerable to this inferior maintenance. Secrecy helps cover up the rust and rot, but it guarantees inattention to inconvenient lessons—and further entries in the list of tragedies in the unforgiving sea.