American Commandos Gear Up For New Shadow War With Russia

American Commandos Gear Up for New Shadow War With Russia 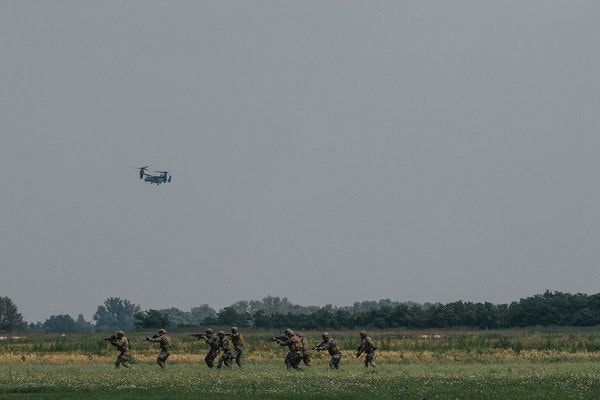 A V-22 Osprey aircraft flying during an exercise with NATO special forces troops last month in Hungary.CreditNanna Heitmann for The New York Times

SZOLNOK, Hungary — Secretive, behind-the-lines mission rehearsals and other operations by 1,400 American and allied commandos to combat shifting Russian threats have laid bare a fundamental tension in the Trump administration: While the president courts Moscow, much of his government considers it an increasingly dangerous foe.

Just days before President Trump made light of Russia’s interference in American elections during a meeting last month with President Vladimir V. Putin, teams of Army Green Berets and Navy SEALs were practicing support missions for local resistance forces in Eastern Europe and the Baltics should they have to confront Russian commandos without insignia, the so-called little green men who helped Moscow seize Crimea in 2014.

Under a revamped Pentagon strategy to counter growing threats from Russia and China, American commandos are teaming up with partners on Europe’s eastern flank to thwart Russia’s so-called hybrid warfare, which allied officials say increasingly involves manipulating events using a mix of subterfuge, cyberattacks and information warfare. The threats hark back to Cold War-era intrigue, but so far are being fought with bytes and bandwidth, not bombs and bullets. 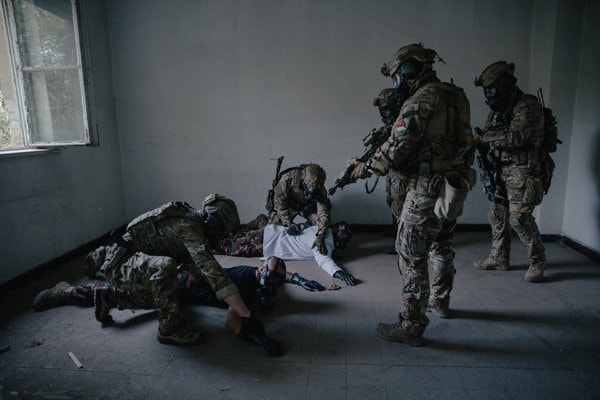 Hungarian commandos armed with M4 rifles and gas masks conducting a mock raid on an abandoned building where authorities suspected that notional Russian-backed Hungarian separatists were making a dirty bomb out of chlorine and other hazardous chemicals.CreditNanna Heitmann for The New York Times

“This is back to the future,” Gen. Richard D. Clarke, the head of the Pentagon’s Special Operations Command, said in an interview. “Special Operations forces have to work on the edges to counter Russian aggression.”

The two-week exercise in Hungary, Bulgaria and Romania offered a window into shadowy so-called gray-zone operations, which are meant to stay below the threshold of inciting open conflict but always run the risk of touching off exactly what both sides are trying to avoid: a shooting war.

But in an unexpected geopolitical twist, American and Hungarian officers here at the headquarters of this country’s special operations forces 60 miles east of Budapest sought to stay far away from domestic politics in their countries, and from questions about the close links with Moscow that their commanders in chief have embraced.

Mr. Trump gave Viktor Orban, the authoritarian prime minister of Hungary and one of Europe’s leading nationalists, a warm welcome in May despite concerns about Mr. Orban’s rollback of democratic institutions and warming ties with Russia. 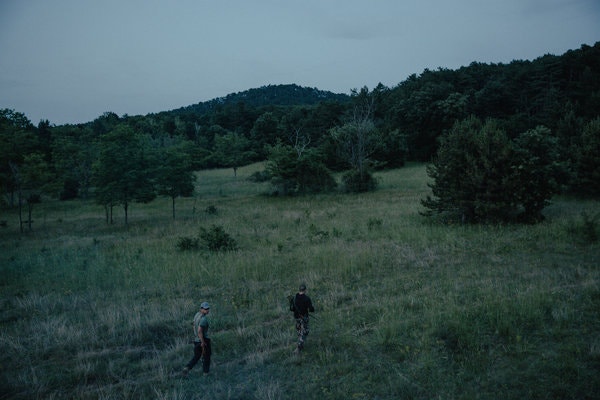 Waiting for an attack by opposition special forces troops during the exercise.CreditNanna Heitmann for The New York Times

Once a leader in the move to adopt Western values when the Soviet bloc collapsed three decades ago, Hungary has charted a different course since Mr. Orban assumed office in 2010. Even though Hungary is a North Atlantic Treaty Organization ally, Mr. Orban’s government has pressured nongovernmental organizations, brought most of the news media under control of his allies and upended the electoral process to favor his party.

During Mr. Orban’s visit to Washington, Mr. Trump made no mention of the fact that Hungary spends only 1.15 percent of its economy on defense, one of the proportionately lowest in NATO, even though he routinely criticizes other leaders for not meeting the 2 percent goal set by the alliance. Likewise, Mr. Trump said nothing about Hungary’s growing energy ties with Russia, unlike his repeated criticism of Germany on the same issue.

Meantime, Mr. Trump has dismissed bipartisan concerns about Russia, most recently last month when he warmly greeted and joked with Mr. Putin on the sidelines of an international summit in Japan.

When asked about these seeming contradictions, the top Hungarian and American officers overseeing the commando exercise exchanged glances and, after an awkward silence, chose their words carefully. 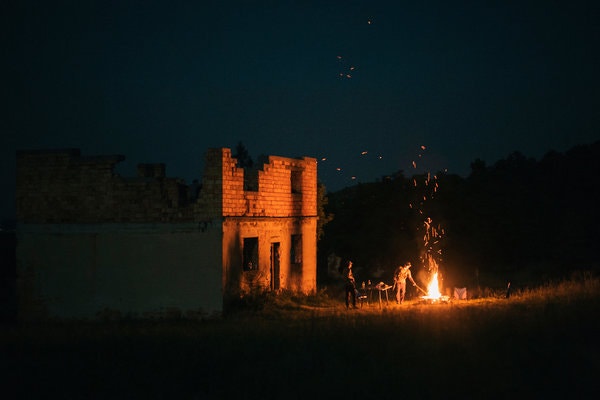 Small teams of commandos from 10 countries rehearsed clandestine reconnaissance missions, sneaking up on potential targets and passing along information to local forces.CreditNanna Heitmann for The New York Times

“Military-to-military relations are really resilient to what’s going on in the political environment,” Brig. Gen. Tamas Sandor, the head of Hungary’s 1,000 special operations troops, said in an interview in his office. “I’m staying in my professional lane.”

In many ways, General Sandor’s personal journey tracks the evolution of Eastern European militaries to NATO allies and post-9/11 comrades in the battlefields of Afghanistan from Cold War rivals.

General Sandor, 52, joined the army as a cadet in the late 1980s, when Hungary was still part of the Warsaw Pact. He later trained at Fort Leavenworth, Kan., Fort Bragg, N.C., and the National Defense University in Washington. He served three tours in Afghanistan alongside American forces.

The general is a rabid fan of the New Orleans Saints football team, born from his admiration of the city that struggled to cope with the devastation of Hurricane Katrina in 2005, the year he lived in North Carolina. 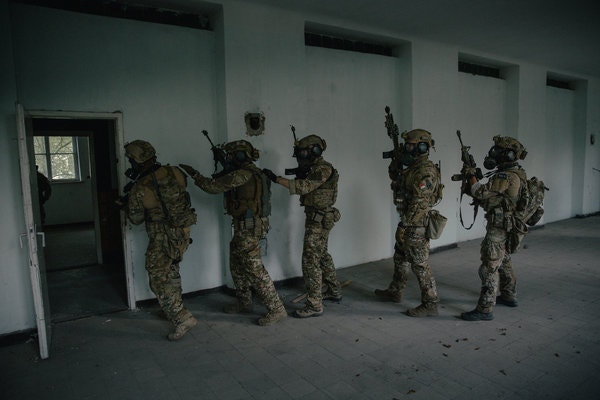 A mock raid on a building where the notional Hungarian separatists were producing chemical weapons.CreditNanna Heitmann for The New York Times

Sitting across from him was Capt. Mark Schafer, 47, a member of the Navy SEALs who is heading the American-led exercise here and in neighboring Bulgaria and Romania.

“We hear the background music; we’re not deaf to it,” Captain Schafer, a native of Utica, N.Y., whose first taste of European conflict came when he deployed to Bosnia in the late 1990s, said of the highly charged political discourse. He now commands 600 Navy SEALs on the East Coast, and has deployed to war zones more than 15 times since Sept. 11, 2001.

“But as the operational commander,” Captain Schafer said, “I’m focused on our partnered capabilities. That’s my mission.”

The Special Operations exercise came at the same time as one of the largest United States-led exercises since Russia invaded Crimea. It involved thousands of other conventional American and European troops and some 50 ships staging a mock assault on the Baltic coast near Russia. 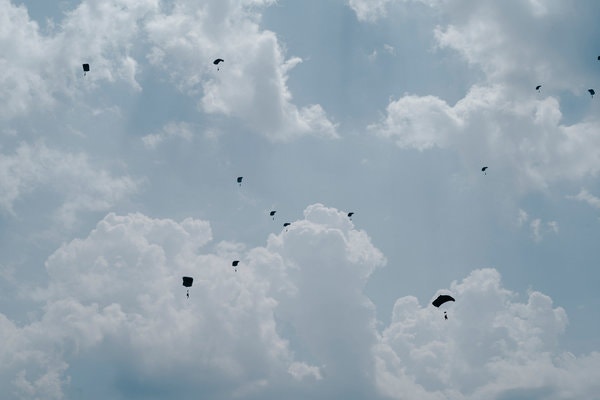 A parachute drop during the exercise.CreditNanna Heitmann for The New York Times

And it is not just in Eastern Europe and the Baltics where American commandos are gearing up to counter Russia. Swedish and Norwegian special forces have passed along tips on having the right gear not just to survive in the increasingly contested Arctic region, but to operate effectively and improve tactics there as well, said Maj. Gen. Kirk W. Smith of the Air Force, an Afghan war veteran who is the commander of several thousand American Special Operations forces in Europe.

In their efforts, the United States and its allies must overcome one natural disadvantage: Authoritarian powers, like Russia, have an easier time with hybrid conflicts built on deceptions and falsehoods. 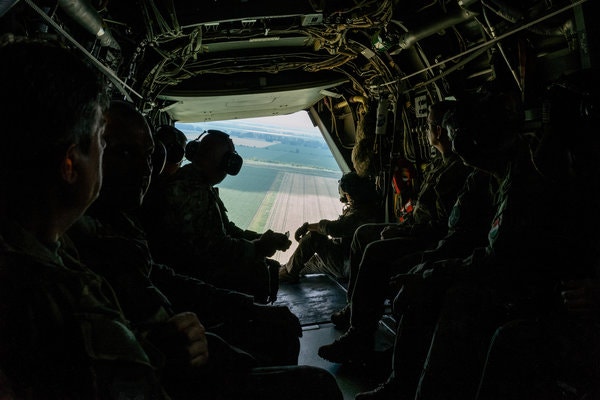 A ride in a V-22 Osprey during the exercise.CreditNanna Heitmann for The New York Times

The second instance was a mysterious mass text that the Ukrainian border service, and presumably wide sections of the Ukrainian public, received on March 25. These texts stated that American Special Forces were going to start a “Maidan 3.0 protest” before the election, a reference to street protests five years ago that evolved into a revolution that deposed a widely despised, Russian-aligned leader. The texts also discouraged Ukrainians from military service.

Ukrainian authorities acted quickly to debunk the bogus information, and urged the public to report messages that they found suspicious, American officials said.

“This is going to be a very long, sustained campaign,” General Smith said, referring to countering Russian efforts. “They are trying to get through the seams. Our job is to recognize that, and compete with, counter and disrupt them.”

At a training range a few miles from the Hungarian headquarters, and at sites in Bulgaria and Romania, commandos practiced scenarios in which their high-tech equipment guided by satellite communications and precision strikes had been foiled by a Russian cyberattack. 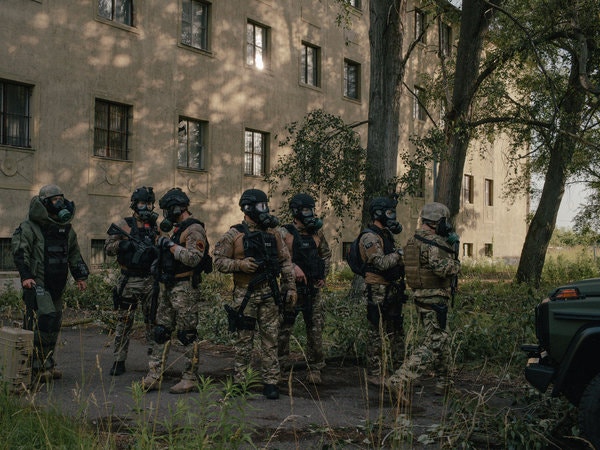 Hungarian military commandos and special police forces during the exercise.CreditNanna Heitmann for The New York Times

“It’s back to a compass and maps, and nothing else. It’s old school,” General Sandor said. “We hope for the best and prepare for the worst.”

Small teams of commandos from 10 countries rehearsed clandestine reconnaissance missions, sneaking up on potential targets and passing along information to local forces. Other predawn operations practiced slipping commandos in behind enemy lines or pulling them out without being detected. Commanders honed their ability to coordinate rapidly developing, simultaneous stealthy activities across several countries.

In a recent early morning training exercise, two dozen Hungarian commandos armed with M4 rifles and gas masks conducted a mock raid on an abandoned building where authorities suspected that notional Russian-backed Hungarian separatists were making a dirty bomb out of chlorine and other hazardous chemicals.

With a Cougar helicopter whomp-whomping overhead, the commandos stormed up two flights of stairs, seized the bomb-making materials and captured the terrorist leaders. On today’s battlefield, the soldiers carried cellphones. And in a nod to the new dangers they face in this age of cybersecurity, instructions emblazoned on cellphone pouches tell their comrades: “If found dead, delete my browser history.”