The fever is not known to harm humans, but has been spotted in East Asia in recent months, though North Korea’s capital Pyongyang officially claims the outbreak has passed over North Korea. Three dead wild boars were found in border areas with South Korea, according to officials in Seoul who have deployed helicopters to disinfect the barrier. According to Bloomberg, South Korean politician Lee Hye-hoon said the fever had spread to most areas in North Korea with pigs in the North Pyongan province being “wiped out”.

North Korea’s agriculture ministry said 22 pigs were killed in May but the virus in a farm near the Chinese border in a report to the World Organisation for Animal Health.

There have been no follow-up reports or coverage in state media.

Around 40 percent of North Koreans, 10.1 million people are in need of food assistance according to a UN assessment last year. 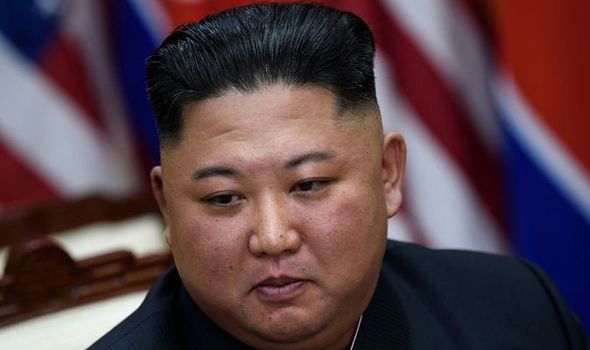 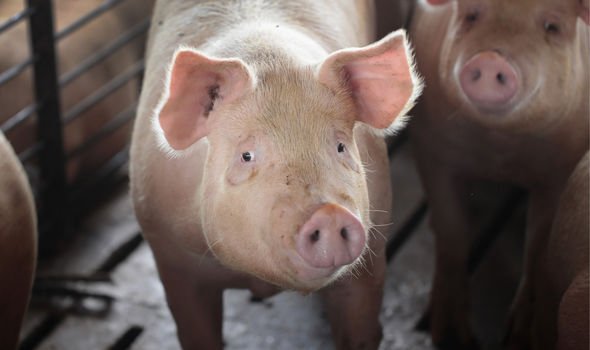 The virus killed 22 pigs on a farm near the Chinese border in May (Image: GETTY)

Cho Chunghi fled the state in 2011 after spending a decade working for the government animal disease control program and said: “Pork accounts for about 80% of North Korea’s protein consumption and with global sanctions taking place, it’s going to be hard for the country to find an alternative protein source.

“The virus is extremely destructive as people are now unable to make money through raising pigs, while the country’s economy is restrained.”

He warned that as pigs on individual farms outnumber those on collective ones, it would be almost impossible for Pyongyang to be able to halt the spread, given its resources. 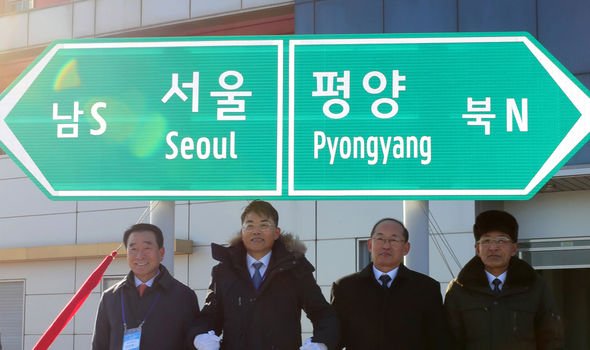 South Korea has already culled 154,653 pigs at 94 farms according to Seoul’s agriculture ministry.

Seoul is testing streams and soil near the border for evidence of the virus.

A defected North Korean soldier, Ahn Chan-il said: “The fact that North Korea has reported the outbreak to an international organisation suggests the situation is probably getting out of their hands.

“It’s an apocalypse in the making.” 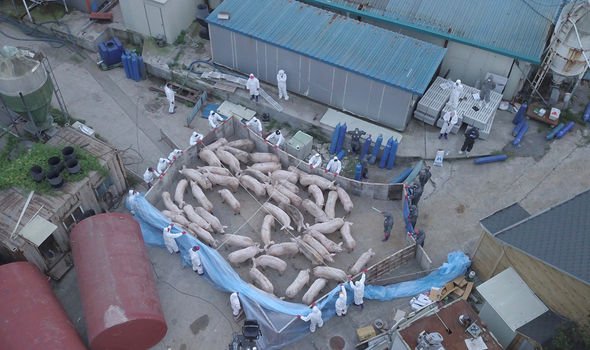 Pigs in Paju, South Korea being led away to be culled (Image: GETTY) 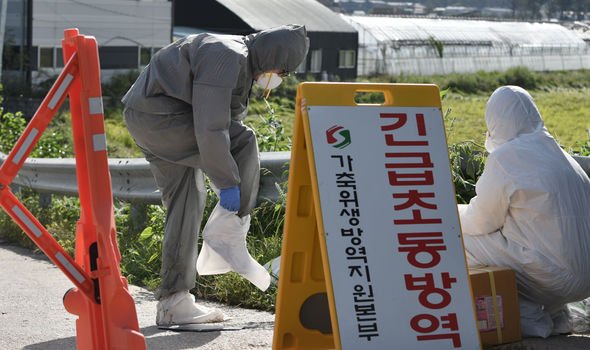 Workers set up a road block in the border town of Paju (Image: GETTY)

North Korea is ruled by the communist Workers’ Party of Korea.

Information coming out of the state is heavily restricted.

It is second bottom on the World Press Freedom Index.

Turkmenistan ranks bottom of the 180 nations on the list.

The Reporters Without Borders website says: “Headed by Kim Jong-un since 2012, North Korea’s totalitarian regime continues to keep its citizens in a state of ignorance.

“The widespread adoption of mobile phones, including smartphones, has been accompanied by technical measures that provide the regime with almost complete control over communications and files transmitted over the national intranet. 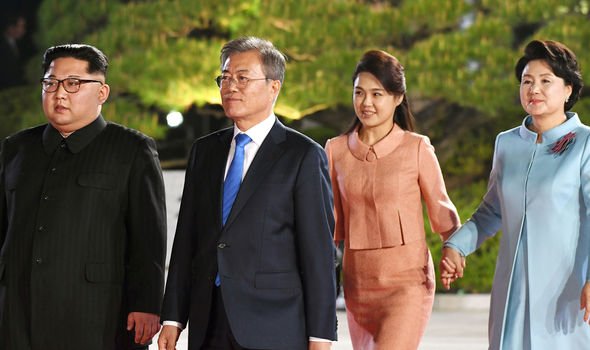 “North Koreans can still be sent to a concentration camp for viewing, reading or listening to content provided by a media outlet based outside the country.”

They add: “The Korean Central News Agency (KCNA) is the only permitted source of official news for the country’s other media.

“In reality, the regime continues to exercise meticulous control over the information available to the foreign media.”