Implications Of The U.S. Withdrawal From Syria

Implications of the US Withdrawal from Syria

FacebookShare to TwitterTwitterShare to PrintPrintShare to EmailEmailShare to More 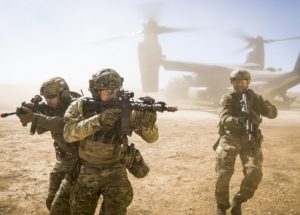 EXECUTIVE SUMMARY: The withdrawal of US forces from the Kurdish areas of northern Syria will help strengthen Iran’s standing in the country, make Russia the leading power in the region, and possibly lead to the resurgence of ISIS terror. All these outcomes will have far-reaching policy implications for the Middle East’s pro-Western actors and for the war on jihadist terror.

On the morning of October 24, 1973, the Israeli ambassador in Washington was summoned for an urgent discussion with White House Chief of Staff Gen. Alexander Haig. The meeting marked the high point of the pressure the US was putting on Israel to halt the fighting on the Egyptian front and lift the siege of the Egyptian Third Army. Haig did not mince words and warned that if hostilities were to continue, President Nixon would consider disengaging from Israel.

For the first time since the special US-Israeli relationship emerged in the early 1960s, Israel’s position and interests were on a direct collision course with Washington. The Nixon administration, which laid the foundations for normal US relations with Egypt during the Yom Kippur War, did not intend to let Israel spoil this process even at the cost of a crisis and damage to US-Israeli ties. Thus did Israel experience firsthand the price of friendship with (and dependency on) “Uncle Sam.” Jerusalem was forced to accede to the American dictate.

Israel during the Yom Kippur War, the Iranian Shah at the time of the 1979 Islamic Revolution, Hosni Mubarak at the outset of the 2011 “Arab Spring,” and now the Kurds—the common denominator is that at those allies’ most critical moments, their main patron, on which they had pinned their hopes, did not stay by their side. Washington saw developments differently and considered its interests alone, even at the cost of damaging American credibility.

And what is the American interest today? To disengage from the Middle East.

According to a study entitled “The Costs of War” published by Brown University in 2018, since 2001 the US has spent $5.9 trillion on wars in Iraq, Afghanistan, Syria, and Pakistan. The US is tired of pointless wars that consume huge budgets and take a grave human toll (since September 11, 2001, about 7,000 American soldiers have been killed in Middle Eastern combat). The Americans no longer want to be the “world’s policeman” and seek to distance themselves from the region. That, indeed, is the line that connects the Obama administration and Trump administrations. But whereas the former acted hastily and destructively, the latter strives for the same goal by delegating power and strengthening allies with weapons while eschewing direct responsibility.

The result, unfortunately, is the same, and it ultimately boils down to the question of cost. In the challenging, crisis-ridden arena of the Middle East, the cost is always high.

The impact of the US withdrawal from the Kurdish areas of northern Syria (though not from all of Syria) can be broken down as follows:

In the absence of the containing and deterring presence of the US in the Middle East, the region will revert to something resembling the Cold War era of the 1950s and 1960s as regional alliances and collaborations emerge to counteract a common enemy. In those days it was the Soviet communist threat; today it is the Iranian danger. But unlike the earlier period, when Israel was viewed as the Arab world’s ultimate enemy, it is now regarded as an actor with which one can cooperate (including by parties having no diplomatic ties with Jerusalem) so as to contend with the cardinal danger that threatens the region’s stability—Tehran.

Dr. Yehuda Blanga is a lecturer in the Department of Middle Eastern Studies at Bar-Ilan University.

← After Baghdadi: What Hurts the Islamic State May Help Al-Qaeda
What Is DTrack: North Korean Virus Being Used To Hack ATMs To Nuclear Power Plant In India →