Libya Conflict: Russian Mercenaries From The Shadowy Wagner Group Are Spearheading The Battle For Capital Tripoli

Fathi Bashagha, the interior minister for the Tripoli-based Government of National Accord (GNA), said fighters with the Russian Wagner group, headed by a confidant of Russian president Vladimir Putin, are leading the battle on the frontlines in Tripoli’s outskirts, which has been accompanied by heavy shelling.

Western officials say more than 1,000 Wagner mercenaries have arrived since September to back Hifter’s National Army in his nine-month offensive to capture Tripoli.

The campaign, which has stalled at Tripoli’s outskirts, has drawn intervention from the United Arab Emirates and Egypt on Hifter’s behalf, while Turkey has assisted the Tripoli-based government.

Russia and Hifter’s forces have denied that mercenaries are fighting in Tripoli.

“Our fighters report that all the attacks are now being done by the Russians,” Bashagha told Bloomberg News in a phone interview.

“They are fighting as infantry in the front lines.” 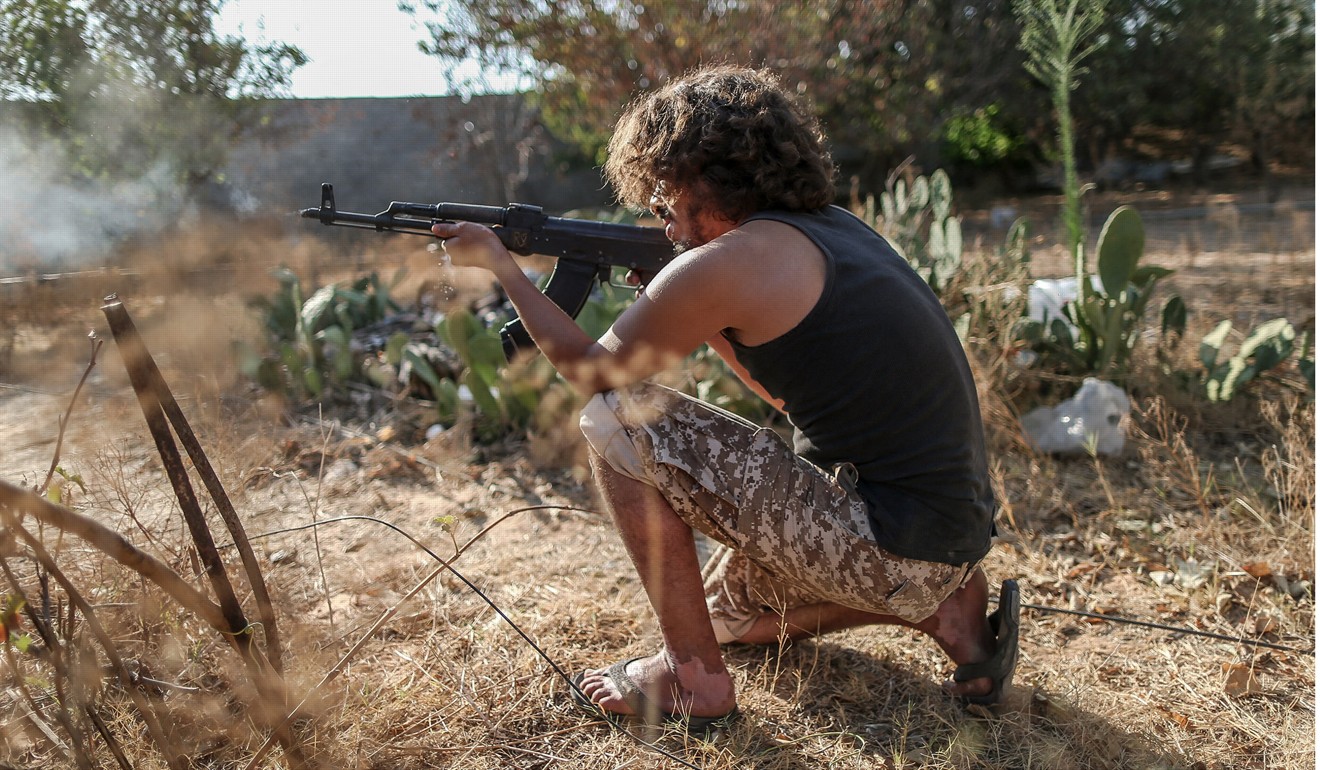 A fighter from Libya’s UN-backed Government of National Accord (GNA) fires his rifle during clashes at the Al-Khalla frontline in Tripoli. File photo: TNS

Bashagha said the Russians have sophisticated drone-jamming technology and artillery.

“Over two days, they launched 2,500 projectiles, whether mortar rounds or artillery,” he said.

The United States continues to recognise the GNA led by Fayez al-Serraj, and has warned against Russia’s growing role in the conflict, which it blames for an increase in civilian casualties. Russian mercenaries or Hifter’s forces downed an American surveillance drone in November near Tripoli, according to the US.

“The United States is concerned by the Government of National Accord’s request for military support, and by the LNA’s threat to use foreign-supplied air assets and mercenaries to attack Misrata,” State Department spokeswoman Morgan Ortagus said.

“The United States is prepared to work with the UN and all the parties to initiate political negotiations.”

“The recent inclusive US-Libya Economic Dialogue in Tunis demonstrated constructive progress is possible if external actors give Libyans the time and space to engage with each other,” Ortagus added.

Bashagha’s comments followed the Turkish parliament’s approval on Saturday of a defence pact with his government, which is expected to lead to further military assistance and possible personnel deployment. 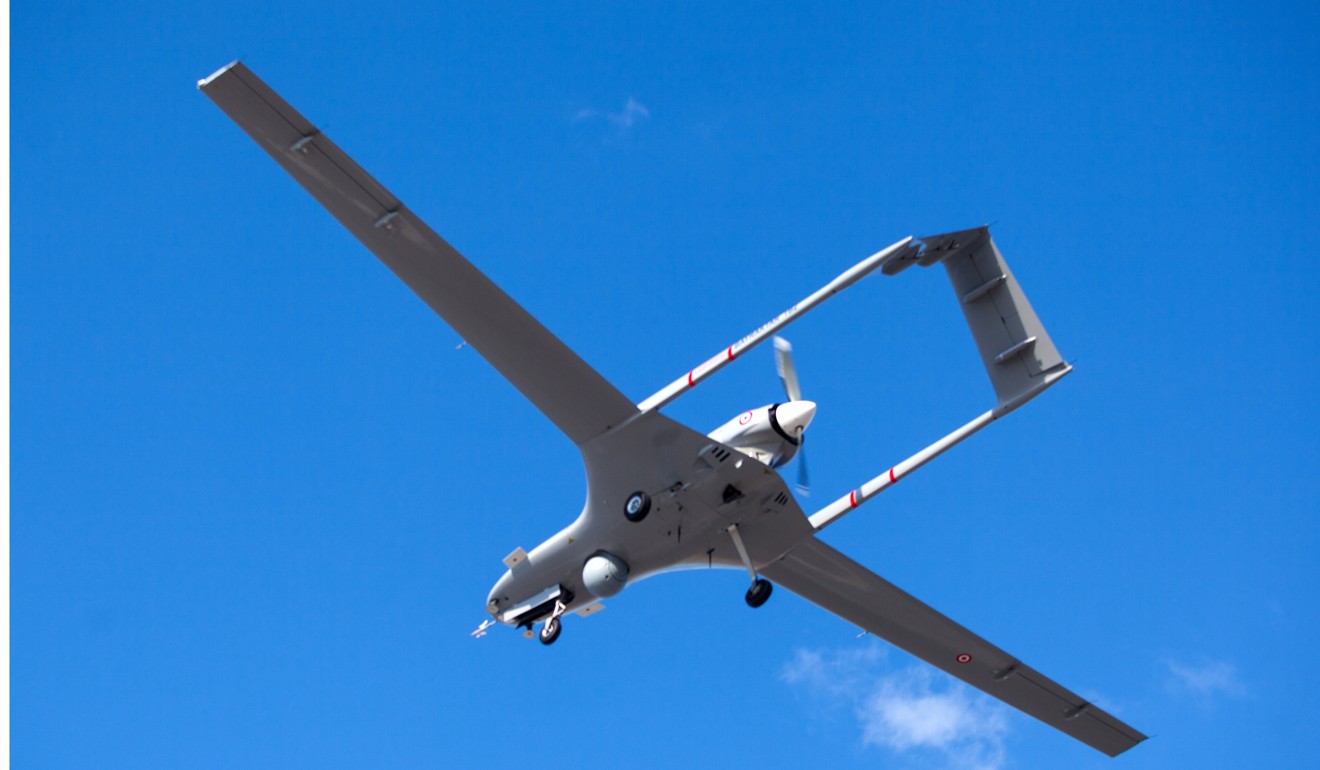 Turkey has already provided the Tripoli-base government with armed drones. Hifter has dominated the skies with Chinese-made Wing Loong drones supplied by his main backer the UAE, according to the United Nations and analysts.

Bashagha said his government has asked for assistance from several countries, including the US.

“The Government of National Accord has an obligation to defend Tripoli’s residents,” he said.

“A few days ago planes we believe are Emirati struck Misrata, this is foreign intervention. It is the Government of National Accord’s right to search for ways it can end this aggression.”

The deal with Turkey, which was accompanied by a maritime agreement in the Mediterranean, has especially angered neighbouring Egypt, which has traded barbs and threats with the Tripoli-based government.

Bashagha said his government wishes for good relations with the Arab regional power.

“We are keen on cooperating with Egypt, but we won’t allow Hifter to rule by force,” he said.

Concerns are also growing about more refugees fleeing violence, spilling across borders and attempting dangerous sea journeys to Europe. And remnants of a once-defeated Islamic State affiliate are seeking to take advantage of the instability.

The new tensions are hampering efforts by the United Nations and European countries to usher in a ceasefire and peace deal, centred around a conference in Berlin that has been postponed several times. Fighters loyal to the internationally-recognised Libyan Government of National Accord (GNA) display Chinese-made shells bearing the markings of the United Arab Emirates (left side on the box), which were reportedly seized from forces loyal to Khalifa Hifter. Photo: AFP

“The tide has shifted on the ground, and that has reverberated diplomatically and geopolitically,” said Frederic Wehrey, a Libya scholar with the Carnegie Endowment for International Peace.

“The Russians’ new-found leverage is a further blow to the Europeans’ approach to Libya and the Berlin process. There are just more chefs in the kitchen now.”

Among other assistance, Russia printed billions of Libyan dinars for Hifter to pay his troops and co-opt tribes to support his advance, according to analysts.

Russia hopes to regain billions of dollars in oil and military contracts it lost when Libyan dictator Muammar Gaddafi was ousted and killed by rebel forces in the 2011 Arab spring revolts and Nato intervention. To Moscow, Libya is also a part of a strategy to extend Russian influence across the Middle East and Africa. 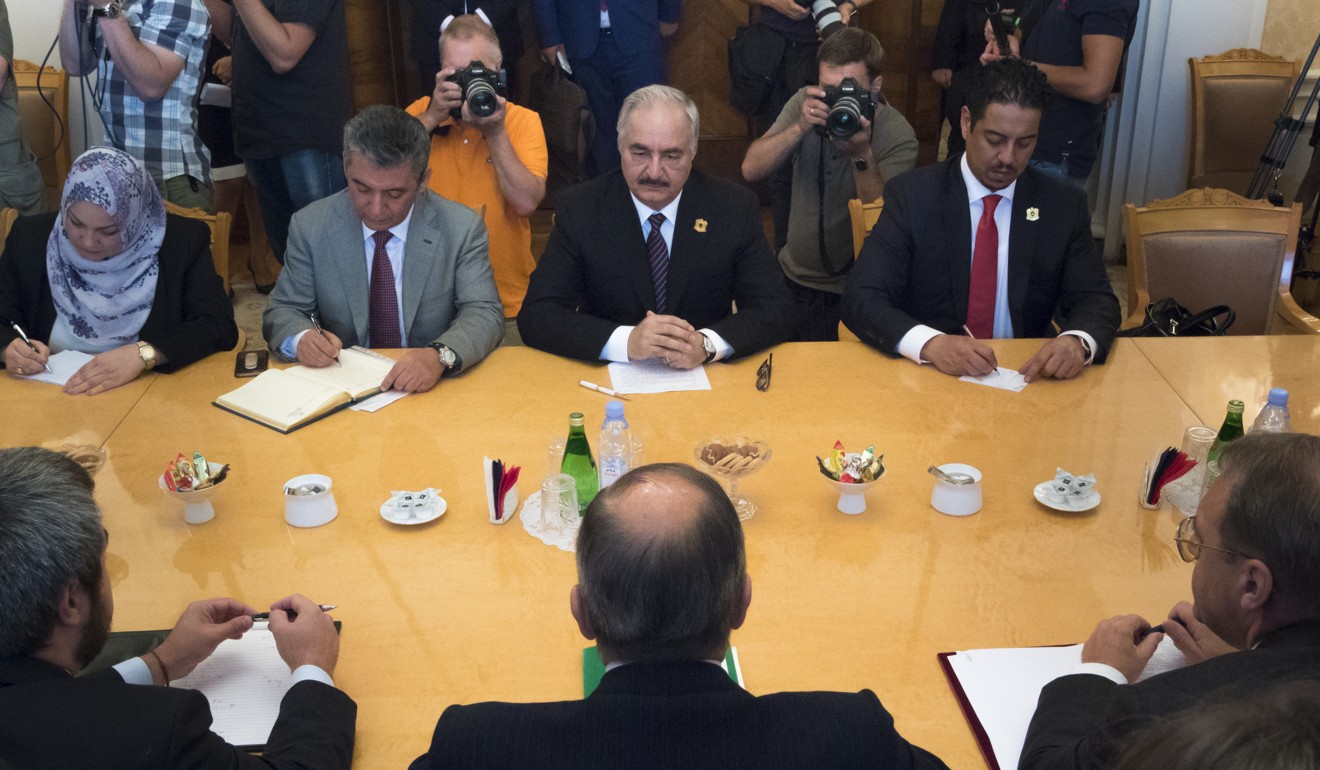 Hifter vowed in April to take over Tripoli swiftly and oust the UN-installed government. But pro-GNA militias across western Libya launched a counteroffensive. By the end of the summer, a military stalemate was entrenched, even as both sides deployed armed drones. Eastern tribes were no longer joining Hifter, and many brigades had returned home, analysts said.

“As of late August, the Hifter’s army was at a very perilous place,” said Jalel Harchaoui, a Libya research fellow at the Clingendael Institute in The Hague.

Then, the Russian mercenaries arrived on Tripoli’s front lines.

With their expert snipers, hi-tech guns and combat discipline, the Russians inflicted a heavy toll on the pro-GNA militias, both in casualties and morale, Libyan commanders and fighters said on a recent visit to the Tripoli front lines.