Washington (CNN)“I’m not bullshitting you when I say the conversation went like this: ‘Hi Wesley, I just wanted to call and see how you’re doing. Are you alone this weekend?'” retired Staff Sergeant Wesley Black said, describing the call he received three years ago from his doctor.

“‘No, my wife is here,'” he answered.
“‘Great,OK good, because we wanted to let you know you have stage four colon cancer, and we’ll be in touch with you Monday, OK? Have a good weekend.'” 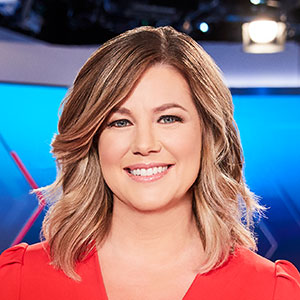 CNN’s Brianna Keilar explores the military-civilian divide and the challenges facing service members and their families in a nation that has been at war since just after 9/11.

Black was 31 years old and had recently begun a new career as a firefighter. His wife had just given birth to their baby boy. Days before, they had signed the mortgage on their first home.
The colon cancer had spread to his liver and lungs and Black says doctors gave him three to five years to live. That was three years and one month ago.
Later, he learned burn pits used by the military to destroy trash in Iraq and Afghanistan, where Black had served in the Vermont National Guard, were to blame.

What is a burn pit?

Ask any veteran of the Iraq or Afghanistan wars what went into the burn pits, and they’ll tell you: everything. Food, human waste, tourniquets, bloody gloves, cans of paint, plastic water bottles, unexploded ordnance, batteries, tires, big screen televisions, mini-fridges, Kindle E-readers and entire humvees, too damaged by IEDs to salvage.
They would add diesel and jet fuel, both known carcinogens, and light the trash piles on fire. At times, they burned around the clock, churning out acrid, black smoke.

A burn pit image captured by Wesley Black in Ramadi, Iraq in 2005.
At one base in Afghanistan, soldiers saw the entire fuselage of a Soviet-built Afghan airplane smoldering as they jogged along a burn pit on their daily run.
Veterans repeatedly describe choking air wafting through their sometimes makeshift barracks as the wind shifted.
Eighty-six percent of post-9/11 veterans who served in Iraq or Afghanistan say they were exposed to burn pits, according to the most recent survey by the nonprofit Iraq and Afghanistan Veterans of America.
Wesley Black estimates the burn pit at his base in Ramadi, Iraq, was five football fields in size, but it was far from the biggest one the US military operated.
At the height of these wars at least 230 burn pits were in operation, according to the Government Accountability Office.
In eastern Afghanistan, Black served on a combat outpost with a burn pit located just 150 feet from the front gate.

Wesley Black in Paktia Provence, Afghanistan in 2010 with military working dog “Blek.”
“If you were the unfortunate sucker who got tasked to stand gate guard that night to watch the control point, then guess what you breathed all night long,” he said.
“We would get blinding tears, your nose would start running, you’d get that weird sensation in the back of your throat, you’d get a cough going, but you’re charged with watching the front gate – you can’t go anywhere. You’re breathing this shit in for 8-12 hours at a time.”

Retired General David Petraeus is sounding the alarm about burn pit exposure.
“We did raise concerns about this at the time. It was pretty clear that the fumes from these burn pits were potentially serious in their effects over time,” Petraeus told CNN. He served in Iraq for four years, including as commander of the coalition during the Surge. Later, as commander of US Central Command, he oversaw the war in Afghanistan. He subsequently commanded coalition forces in Afghanistan for over a year.
“The challenge was, of course, that we were at war. While this was a concern, we were more concerned with enemies that were trying to kill us and our partner forces.”

More than a third of military families said they have no one to ask for a favor, survey finds
Petraeus was part of a successful effort last year to get Congress to require the Defense Department to collect data on burn pit exposure so that the Veterans Affairs Department can cross reference that data with a registry of service members exposed to toxins.
The VA must now use that information in periodic health assessments of veterans.
If a veteran’s health problems are tied to burn pit exposure during service, they can file for full disability compensation from the VA, as Black has done, but often the data to support claims is incomplete.
The VA refused to answer specific questions about how burn pit data is collected and analyzed and how the exposure affects service-related illnesses.
The VA declined multiple interview requests from CNN, instead providing links to old press releases, explanations of how to file a disability claim or appeal a denial, and a list of mostly non-VA research projects on respiratory disorders, including some on unrelated topics like sleep apnea and the effects of cigarette smoking.
None of the research appeared to address cancer related to burn pit exposure.
Officially, the VA denies that burn pit exposure is harmful.
“At this time, research does not show evidence of long-term health problems from exposure to burn pits,” the VA website states.

During a House Appropriations committee hearing Wednesday, VA chiefs were asked directly about their medical coverage for burn pit exposure.
“We’ve got 50,000 veterans that have registered for the Burn Pit Registry,” said Dr. Richard Stone, the executive in charge of the Veterans Health Administration. “A very small number have come to us for care. They need to come in so we can fully understand the scope of this problem.”
“We won’t turn them away,” VA Secretary Robert Wilkie added.
But Wesley Black’s name is on the Burn Pit Registry.
Before his terminal diagnosis, he complained to VA providers about his severe digestive issues for about four years.
“I kept getting told, ‘oh, it’s [Irritable Bowel Syndrome], or it’s Crohn’s disease, or you need to change your diet,'” Black said.
He was prescribed a topical itch cream for his rectal bleeding but no tests were performed until it was too late.
It was an oncologist outside the VA system who finally linked his colon cancer to burn pit exposure.

Learning from the past

Petraeus says the country needs to learn from its past so it doesn’t fail what he calls “The New Greatest Generation,” the 2.7 million men and women who have served in America’s all-volunteer military since 9/11.
“This issue could be for Iraq and Afghanistan veterans what Agent Orange exposure was for Vietnam veterans,” the retired general observed, likening burn pits to the toxic chemical deployed by the US to kill the trees and vegetation used for food or cover by enemy forces in Southeast Asia.
Many Vietnam war veterans are still unaware that the medical conditions they suffer from may be related to their exposure to Agent Orange.
Petraeus watched both his mentor, General Jack Galvin, and his father-in-law, General Bill Knowlton, die from Parkinson’s disease believed to be linked to their exposure to Agent Orange during multiple tours in Vietnam.

The unseen toll of traumatic brain injuries: One veteran asks, ‘What if they could just cut my head off?’
“We’ve been slow coming to the understanding of what a problem this is,” Petraeus said. “But this is a very important part of health of the force, and it’s taken us too long to recognize even the potential implications of this.”
Soldiers like Wesley Black don’t expect to die young from disease.
“When I signed my name on the contract at 18,” he said, “I fully expected to come home in a box wrapped in a flag. I was not expecting to come home alive.”
He lost friends in both wars.
His best friend died in his arms in Afghanistan.
“When I came home, the survivor of two intense combat deployments, I was like I’m on easy street. I’m going to live the rest of my life chasing my wife and kid around.” Black said.
He’s working a full time job as a firefighter and getting chemotherapy every other week, trying to provide for his family and maximize the days he has left with them.
“Every day I wake up, my feet hit the floor,” he said, “and I do what I have to do.”
Please send story ideas and feedback to homefront@cnn.com