How The United States And Our Allies Should Deal With Enemies

March 12, 2020 · by Support CMShelplive · in Department Of Defense, military history, national security, US Military · 2 Comments
David Maxwell Comment:  “David Kilcullen’s book just came out.  You can view yesterday’s excellent discussion with him, Kori Schake, Cliff May and Brad Bowman at this link:”https://www.fdd.org/events/2020/03/10/the-dragons-and-the-snakes/
I am looking forward to reading this one.

How the United States and our allies should deal with enemies 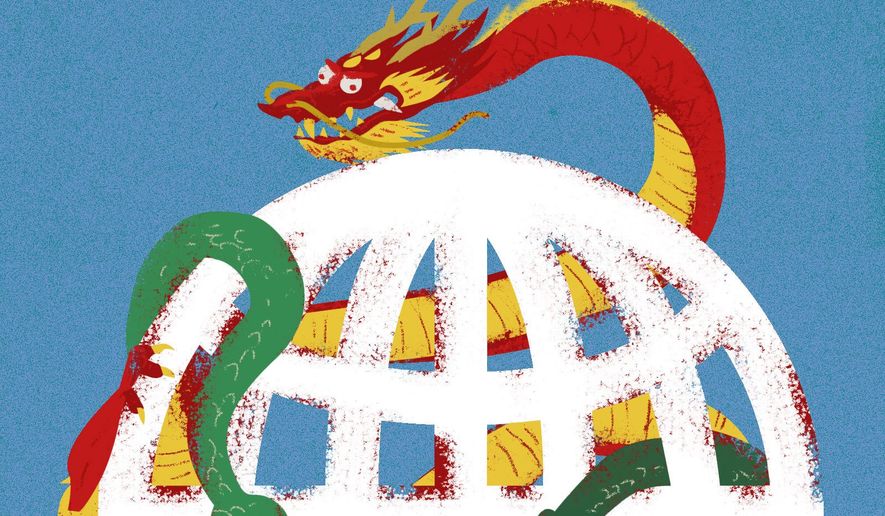 The Cold War was both a problem and a solution. The United States entered World War II to prevent German Nazis and Japanese imperialists from achieving global domination. When that conflict ended, Russian Communists sought to achieve the same goal. The Cold War was a means, short of hot war, to stop them.

The Cold War was an “endless war” until, to our surprise, it ended. At that point, America and what we called the Free World appeared to have no serious enemies, nor even rivals.

Frances Fukuyama, a respected scholar, raised the possibility that we had reached the “end of history,” meaning that liberal democracy had become “the final form of human government.” The United States began to spend the “peace dividend.”

James Woolsey was quick to recognize that a rather different reality was unfolding. Testifying before Congress just after becoming CIA director in 1993, he referred to the Soviet Union as a “large dragon” we had slain. He foresaw that we would now be threatened by a “bewildering variety of poisonous snakes.” In response to this insight, too little was done and, in 2001, a particularly nasty serpent bit us.

The global environment worsened in other ways as well. In 1999, Vladimir Putin rose to power in Russia. Disappointingly, he did not aspire to become a member in good standing of the “international community.” Nor did Communist China evolve into a strategic partner as had been widely predicted.

Diplomats tried to prevent the hostile rulers of North Korea and the Islamic Republic of Iran from pursuing nuclear weapons and the means to deliver them to targets in the United States. Their efforts failed. Meanwhile, non-state jihadi terrorist groups were both mutating and proliferating.

David Kilcullen, an Australian-American soldier and scholar who served as a top adviser to the U.S. military in Iraq and Afghanistan, has been giving serious thought to these issues. His new book is “The Dragons and the Snakes: How the Rest Learned to Fight the West.”

That subtitle is meant to ring a bell. Beginning in 2008, commentator Fareed Zakaria cheered “the rise of the rest,” a world that, he said, “has shifted from anti-Americanism to post-Americanism.” He was confident that the new “power centers” of the world were not to be feared, that “nearly all are invested in order, stability and progress.” He added: “This is one of the most thrilling stories in history.”

A dozen years later, the thrill is gone. Mr. Kilcullen devotes much of his book to exploring how the dragons (Moscow and Beijing) and the snakes (Tehran, Pyongyang and non-state jihadi groups) have learned from each other, and become more dangerous in the process.

By contrast, he argues, Western military methods have proven decreasingly effective which “is not merely of military importance. Rather, that ineffectiveness — our repeated failures to convert battlefield victory into strategic success or to translate that success into a better peace — is a key reason for the seemingly endless string of continuous, inconclusive wars that have sapped our energy while our rivals prospered, tied us down while new threats gathered, and contributed to internal unrest across the world.”

He sketches three strategic options that we ought to consider.

“Doubling Down” is his term for fighting to win, doing whatever it takes to maintain U.S. dominance, given that if we retreat, bad guys — and only bad guys — are willing and able to take our place. It’s a tough mission because so many Americans, on the left and right, are war-weary, and because we have limited “cognitive bandwidth,” and are at risk of becoming “task-saturated.”

A second option is “Embracing the Suck,” which means accepting the inevitability of American and Western decline while attempting to “mitigate its worst aspects.” He writes that President Obama favored such “managed decline” and that, “Paradoxically, it may take a Trump to execute the Obama strategy.”

The final option, which I infer he sees as least-bad, is “Going Byzantine.” This is an allusion to the eastern Roman Empire, which survived for a millennium following the fall of the western Romans who “succumbed to a flood of barbarian immigrants and hordes of sword-wielding Goths and Vandals.” Byzantium, of course, ended with the conquest of Constantinople by the Ottoman Empire and Caliphate in 1453.

This option would entail “a return to offshore balancing, disengaging from permanent wars of occupation, ceasing any attempt to dominate rivals or spread democracy by force, and focusing instead on preserving and defending our long-term viability.”

Mr. Kilcullen adds: “Rather than dominating potential adversaries, our objectives can and should be much more modest: to prevent them from dominating us, and to do so at an acceptable and sustainable long-term cost, and to avoid any action that harms the prosperity and civilizational values that make our societies worth living in.”

Mr. Kilcullen told me he did not write “The Dragons and the Snakes” expecting it to be the last word on how the United States and its allies should deal with enemies and adversaries. Its purpose is rather to provoke a more informed discussion and debate culminating in an answer to this hugely consequential question: What is required to ensure that free nations “evolve and survive for the long twilight struggle ahead?”

Americans like to believe that for every problem there is a solution. In reality, solutions almost always bring new problems. That doesn’t imply we should stop problem-solving. It does imply we should disabuse ourselves of the notion that we live in a global village, and come to the terms with the fact that we live in a global jungle where night and day voracious predators stalk us.

• Clifford D. May is founder and president of the Foundation for Defense of Democracies (FDD) and a columnist for The Washington Times.

← Book Review: The Dragons And The Snakes, By David Kilcullen
One War Is Not Enough: Strategy And Force Planning For Great Power Competition →