Intelligence officials have told the White House for weeks that China has vastly understated the spread of the coronavirus and the damage the pandemic has done. 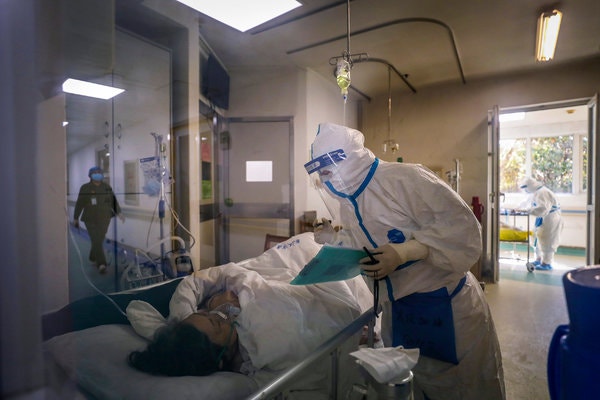 China has reported about six coronavirus cases per 100,000 people, well below the rates in Italy, Spain, the United States and elsewhere.Credit…CHINATOPIX, via Associated Press 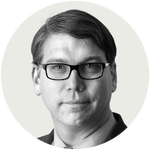 WASHINGTON — The C.I.A. has been warning the White House since at least early February that China has vastly understated its coronavirus infections and that its count could not be relied upon as the United States compiles predictive models to fight the virus, according to current and former intelligence officials.

The intelligence briefings in recent weeks, based at least in part on information from C.I.A. assets in China, played an important role in President Trump’s negotiation on Thursday of an apparent détente with President Xi Jinping of China. Since then, both countries have ratcheted back criticism of each other.

Obtaining a more accurate count of the Chinese rate of infection and deaths from the virus has worldwide public health implications at a time of grave uncertainty over the virus, its speed of transmission and other fundamental questions. For American officials, the totals are critical to getting a better understanding of how Covid-19 will affect the United States in the months to come and of the effectiveness of countermeasures like social distancing, according to American intelligence agencies and White House officials.

So far, to the frustration of both the White House and the intelligence community, the agencies have been unable to glean more accurate numbers through their collection efforts.

But American intelligence agencies have concluded that the Chinese government itself does not know the extent of the virus and is as blind as the rest of the world. Midlevel bureaucrats in the city of Wuhan, where the virus originated, and elsewhere in China have been lying about infection rates, testing and death counts, fearful that if they report numbers that are too high they will be punished, lose their position or worse, current and former intelligence officials said.

Bureaucratic misreporting is a chronic problem for any government, but it has grown worse in China as the Communist leadership has taken a more authoritarian turn in recent years under Mr. Xi.

No complete picture of the virus exists anywhere because of factors beyond government suppression, including testing shortages, varying measurement standards and asymptomatic infections that could account for up to one in four coronavirus cases. Iran has obfuscated its struggles with the pandemic. Italy’s death count of more than 13,000, the most worldwide, leaves out people who died outside hospitals. Testing in the United States lags behind other countries.

But since January, White House officials have come to view with skepticism the Chinese tallies in particular and asked the C.I.A. and other intelligence agencies to prioritize collection of information on China.

Bloomberg News first reported the C.I.A.’s assessment that China was underreporting its virus diagnoses and deaths. Officials played down a revelation about an intelligence report sent last week to the White House, saying that the C.I.A. has for several weeks told White House officials not to trust the numbers that Beijing was handing to the World Health Organization.

The American intelligence about understated numbers predates recent reporting in the Chinese news media that the death count in Wuhan could be 5,000 or more, double the official number. Intelligence officers have not verified the press reports and have left them out of their reports, according to people briefed on their work.

American officials cautioned that even with their own sourcing, many of the intelligence agencies’ warnings to the White House since the beginning of the outbreak have hewed relatively closely to reports from journalists, who have been aggressively reporting on the coronavirus outbreak in China and the Chinese government’s efforts to suppress reporting about its spread.

China has credited its drastic containment measures — including a lockdown of nearly 60 million people — for a drop in newly reported cases in recent weeks, but many people outside its government have raised concerns that the figures are incomplete.

For example, China has not been reporting the number of asymptomatic cases it is aware of. As many as 25 percent of people who contract the virus may not show signs of it, the Centers for Disease Control and Prevention have said.

Asked about China’s numbers at a news conference on Wednesday, Robert C. O’Brien, the national security adviser, said the United States was “not in a position” to confirm them. Without acknowledging any classified intelligence reports, he noted that public reporting had called the numbers into question.

“There’s no way to confirm any of those numbers,” Mr. O’Brien said. “There’s lots of public reporting on whether the numbers are too low.”

Officials also said that China’s underreporting of its pandemic totals was unsurprising, saying that official statistics from the country are often lies.

Tensions between Washington and Beijing had been high after the virus spread beyond Wuhan and reached the United States, forcing shutdowns of wide swaths of the economy to control the spread.

Chinese diplomats have spread disinformation, including false reports that the virus originated from a United States Army lab and other conspiracy theories. Mr. Trump has retaliated by referring to Covid-19 as “the Chinese virus,” and Secretary of State Mike Pompeo derailed an international communiqué in an effort to label the disease as coming from China.

But after the call between Mr. Xi and Mr. Trump last week, an uneasy peace took hold. While the Chinese media has continued to spread conspiracy theories, the most prominent Chinese diplomats have tempered their comments.

Mr. Trump, too, has toned down his harsh language. Asked about intelligence reports that China had misreported the virus’s damage, Mr. Trump suggested he may have discussed the matter with Mr. Xi.

“The numbers seem to be a little bit on the light side, and I’m being nice when I say that, relative to what we witnessed and what was reported, but we discussed that with him,” Mr. Trump said. “Not so much the numbers as what they did and how they’re doing.”

But then Mr. Trump mentioned his trade deal and Chinese spending on American agriculture and tempered his criticism.

“As to whether or not their numbers are accurate,” he said, “I’m not an accountant from China.”