However, a study by the Center for Strategic and Budgetary Assessment makes the case that non-stealth surveillance drones could be useful before any shots get fired by providing persistent surveillance of global hot spots as part of a concept dubbed “Deterrence by Detection.” Systematic surveillance could render non-viable underhanded “gray zone” actions reliant on plausible deniability and/or surprise such as Russia’s seizure of the Crimean peninsula, and China’s construction of military bases on disputed islands in the western Pacific. 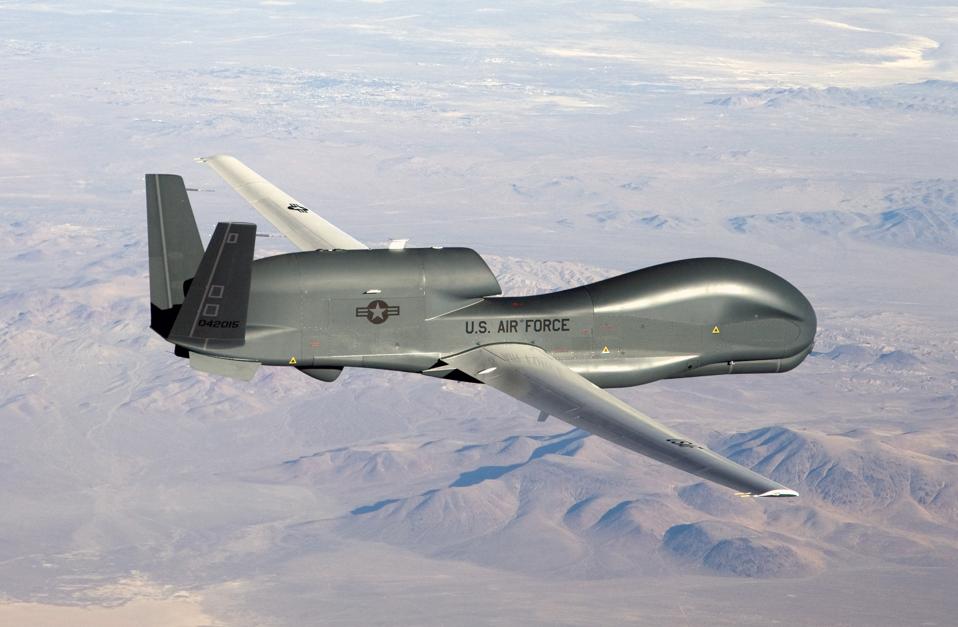 U.S. Air Force/Bobbi ZapkaThe COVID-19 pandemic may have turned everyday life upside down for citizens across the globe, but the ensuing bad faith blame game has only served to stoke, rather than mitigate escalating political and military competition between the United States, China and Russia.

The Pentagon has been shifting focus to more lethal weapons and formations designed to battle hi-tech foes, while trimming away capabilities used to battle the likes of the Taliban or ISIS. One dramatic aspect of that shift are moves to downsize the U.S. military’s burgeoning fleets of long-range surveillance drones.

In the proposed 2021 defense budget, the Air Force seeks to retire 24 of its 35 Global Hawk drones. These are huge High-Altitude Long-Endurance drones with wings wider than those on a 737 airliner. They’re designed to remain aloft up to 60,00 feet high for over 32 hours at a time while surveilling everything below with surface-scanning radars and electro-optical and infrared cameras. 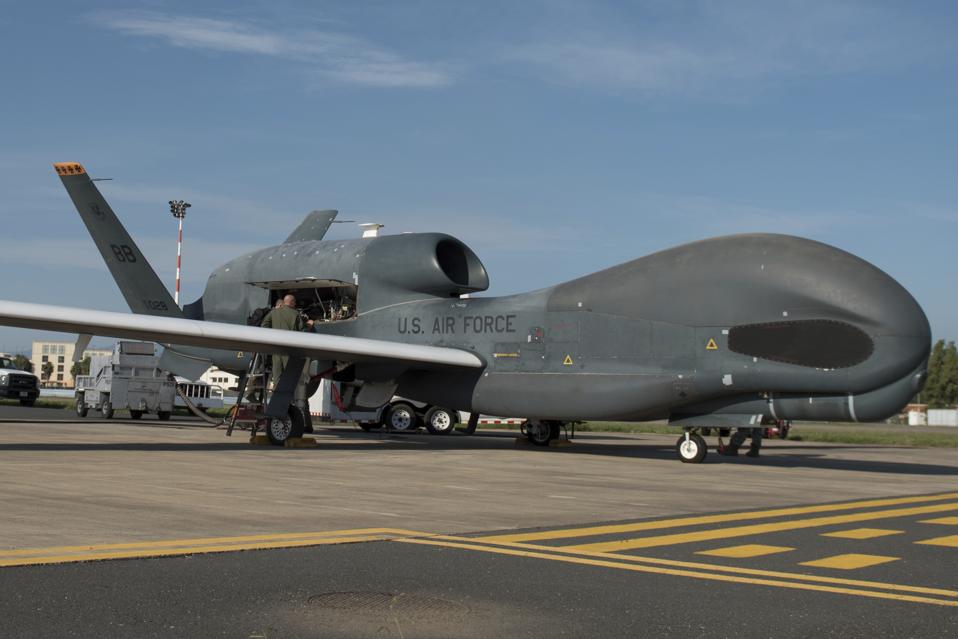 In this Oct. 24, 2018, photo released by the U.S. Air Force, members of the 7th Reconnaissance … [+] Squadron prepare to launch an RQ-4 Global Hawk at Naval Air Station Sigonella, Italy. Iran’s Revolutionary Guard shot down a U.S. RQ-4 Global Hawk on Thursday, June 20, 2019, amid heightened tensions between Tehran and Washington over its collapsing nuclear deal with world powers, American and Iranian officials said, though they disputed the circumstances of the incident. (Staff Sgt. Ramon A. Adelan/U.S. Air Force via AP)

Furthermore, the Air Force has announced it plans to end procurement from General Atomics of MQ-9 Reaper medium-altitude drones, which are the primary long-endurance combat and surveillance unmanned aerial vehicles used by the Air Force. As Reapers are in very high demand, the decision is unpopular with field commanders, who also face a reduction in flight hours. According to Air Force magazine, the cut reduces the total buy from 367 to 337 aircraft. 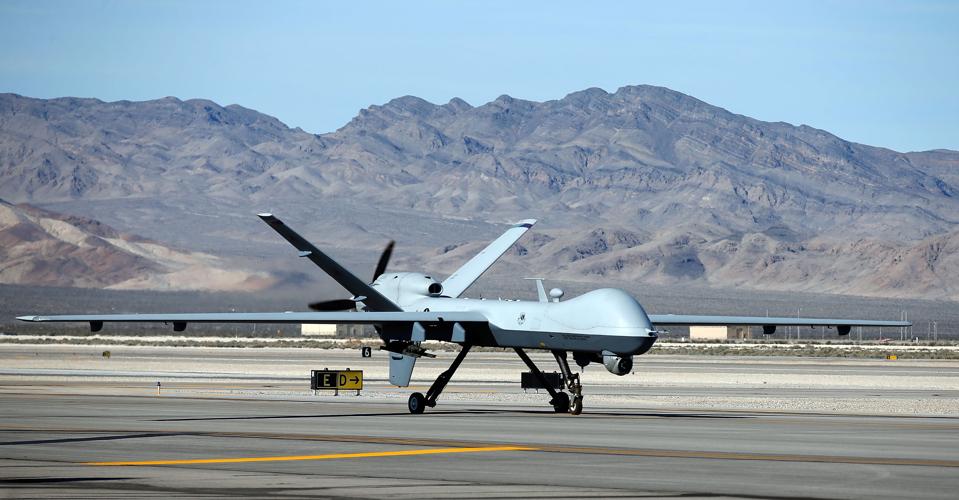 INDIAN SPRINGS, NV – NOVEMBER 17: (EDITORS NOTE: Image has been reviewed by the U.S. Military prior … [+] to transmission.) An MQ-9 Reaper remotely piloted aircraft (RPA) taxis during a training mission at Creech Air Force Base on November 17, 2015 in Indian Springs, Nevada. The Pentagon has plans to expand combat air patrols flights by remotely piloted aircraft by as much as 50 percent over the next few years to meet an increased need for surveillance, reconnaissance and lethal airstrikes in more areas around the world. (Photo by Isaac Brekken/Getty Images)

Getty ImagesThe Air Force’s move away from these two types is because both can be easily detected and destroyed by surface-to-air missile systems fielded by a state-level opponents. This reality was underscored in the summer of 2019 when Iran shot down an RQ-4N drone over the Persian Gulf with domestically built missiles.

Because such large drones are too expensive to be considered expendable, this means they are considered to be of limited use in a war with China or Russia. 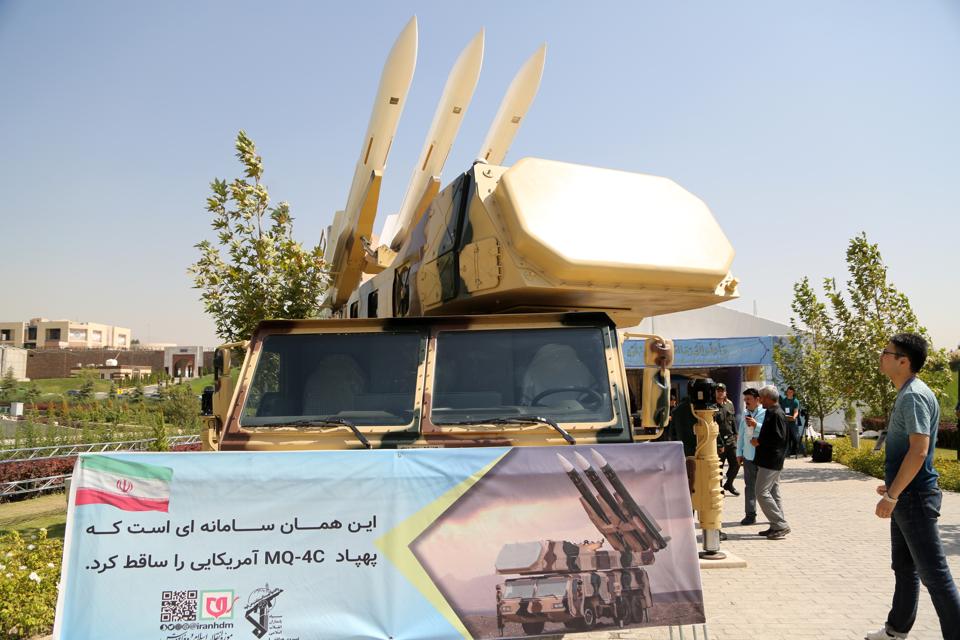 TEHRAN, IRAN – SEPTEMBER 21: An inauguration of a fair, where seized at different times unmanned … [+] aerial vehicles including debris from a U.S.-made RQ-4 Global Hawk were exhibited, held at Holy Defense Museum, built in memory of the Iran-Iraq War, on September 21, 2019 in the capital Tehran, Iran. (Photo by Fatemah Bahrami/Anadolu Agency via Getty Images)

Anadolu Agency via Getty ImagesThis also underscores that higher-capability drones remain expensive to procure and operate. A $15 million Reaper costs $4,864 per flight hour to operate, while a Global Hawk clocks in at around $18,591 per hour. That latter figure makes it more expensive to fly than a manned U-2S spyplane which can carry more capable sensors, which likely has limited interest in committing to a larger Global Hawk fleet.

To be clear, the Air Force is by no means abandoning larger drones. It is instead shifting resources to pricier stealth drones capable of operate discretely in contested airspace. The Pentagon has grudgingly acknowledged the existence of least two such stealth drones, the RQ-170 Sentinel and larger RQ-180. It is generally believed that numbers of other classified stealth drones are currently operated using black project budgets.

However, a study by the Center for Strategic and Budgetary Assessment makes the case that non-stealth surveillance drones could be useful before any shots get fired by providing persistent surveillance of global hot spots as part of a concept dubbed “Deterrence by Detection.” Systematic surveillance could render non-viable underhanded “gray zone” actions reliant on plausible deniability and/or surprise such as Russia’s seizure of the Crimean peninsula, and China’s construction of military bases on disputed islands in the western Pacific. 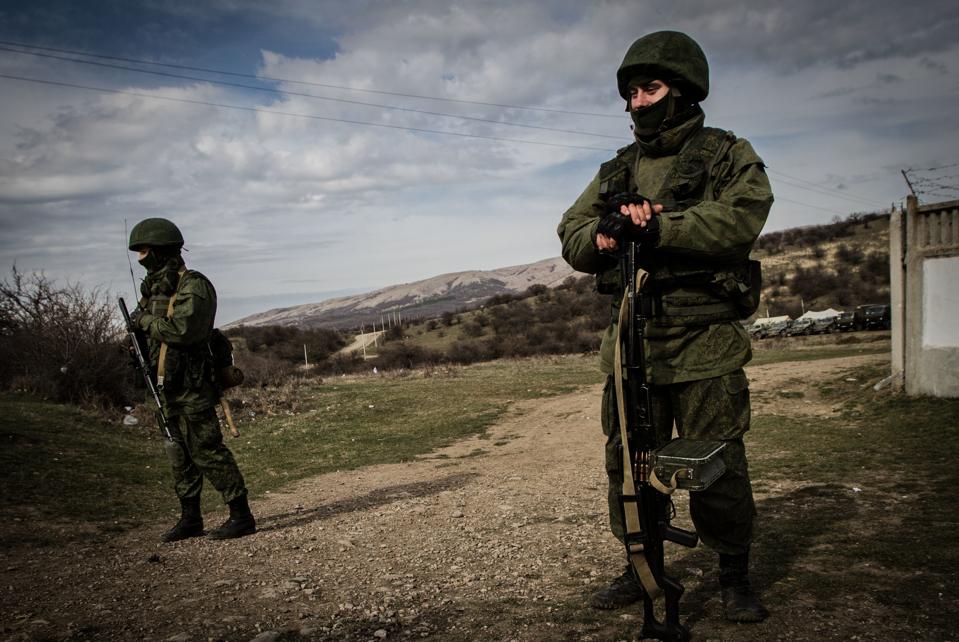 Corbis via Getty ImagesThe study’s authors argue that just as photo reconnaissance by U-2 spy planes in 1962 exposed the deployment of Soviet missiles to Cuba, ultimately rendering their continued presence untenable, systematic observation of global hot spots could raise the political costs of pursuing aggressive and/or deceptive actions while lessening prospects of achieving tactical surprise.

The analysts forecast that a mixed force of 46 RQ-4, MQ-4 and MQ-9 drones based in Japan and Singapore would be adequate to provide persistent surveillance of Pacific hotspots including Taiwan (under threat of attack from China), and disputed islands in the South China and East China Seas . 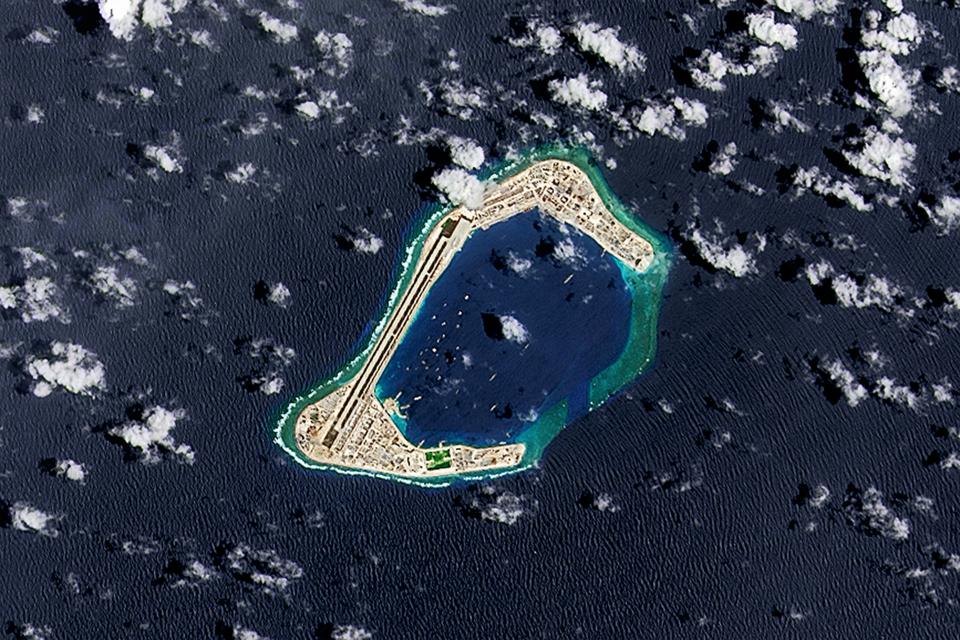 Getty ImagesMeanwhile, an additional 46 drones (this mix also including MQ-1Cs) based in Poland and Italy could be operated by NATO to monitor Russian military activities. Here, the U.S. could potentially pool operation with fellow NATO MQ-9 operators including France, Italy, the Netherlands, Spain and the United Kingdom. Key surveillance hotspots would include the Baltic, Black and Mediterranean Seas.

The report estimates operating these 92 drones would annually cost $1.4 billion (for context, that’s .2% of the $738 billion 2020 defense budget). Such a program would not require additional drone procurement, though it could run afoul of efforts to downsize the RQ-4 and MQ-9 fleet.

The study’s authors argue that drone operations remain far less costly than airliner-sized patrol and surveillance planes manned by large crews, and are even more cost-efficient than leaning on satellite-based reconnaissance capabilities.

Because such surveillance imposes political costs on aggressive acts, it might be more effective at deterring political leaders from action than spending the same money to increase lethality of military systems that would only be used in a hot war.

The fact that these surveillance drones are not stealthy would even be an advantage in that context by making clear that malicious activities would surely be observed. And the use of unmanned platforms diminishes the risk to the lives of personnel, the loss of whom could in turn trigger a war.

On the flipside, however, one may be less confident than the study’s authors that exposing dirty tricks will necessarily inspire much reticence to act when a haze of state-sponsored disinformation and propaganda can suffice to cast doubt on any evidence of wrongdoing which is presented to the public. And the political costs for destroying unmanned aircraft has so far proven to be low, at least in the Middle East.

While calculating just how strong a detterent more systematic surveillance capabilities would create for potential adversaries is a tricky business, the CSBA’s proposal nonetheless highlights the ongoing debate over to what extent capabilities not geared towards high-intensity warfare still have a role to play in Washington’s national security toolbox.

← Op-Ed: Yes, Our Coronavirus Response Has Been A Mess. But That’s How The U.S. Always Responds To Crises
The European Union Is Dead — But, Does Not Yet Know It →