Is It Time For A ‘New Way Of War?’ What China’s Army Reforms Mean For The Rest Of The World

Is it time for a ‘new way of war?’ What China’s army reforms mean for the rest of the world

Looking at the Chinese People’s Liberation Army (PLA) today, it’s hard to say which of these tactics is most germane.

Getting the answer right will have enormous consequences for the United States and the future of the Indo-Pacific region. Underestimating the PLA breeds complacency and risks costly overreach. Overestimating the Chinese military grants it unwarranted advantage.

Similarly, for the Chinese leadership, miscalculating its military capability could lead to disaster.

As such, any serious appraisal of Chinese military power has to take the PLA’s progress – as well as its problems – into account. This was the focus of a recent study we undertook, along with retired US Army lieutenant colonel Dennis Blasko, for the Australian Department of Defence.

By all appearances, the PLA has become a more formidable force over the past decade. The massive military parade in Beijing last October to mark the 70th anniversary of the founding of the People’s Republic of China showed off more than 700 pieces of modern military hardware.

One of these weapons, displayed publicly for the first time, was the DF-41, China’s most powerful nuclear-armed ballistic missile. It is capable of hitting targets anywhere in the US.

Under President Xi Jinping, China has also expanded its military footprint in the South China Sea. Military experts say China has used the global distraction of the coronavirus pandemic to shore up its position even further, drawing rebukes from neighbours. Tensions have heightened in recent days as the US and Australia have sent warships into the sea for drills.

In the past few years, China has also stepped up its military exercises around Taiwan and disputed waters near Japan, and last December, commissioned its second aircraft carrier, the Shandong, into service with the PLA Navy.

The most recent annual assessment of the PLA by the Pentagon acknowledges China’s armed forces are developing the capability to dissuade, deter or, if ordered, defeat third-party armed forces (such as the US) seeking to intervene in “a large-scale, theatre campaign” in the region.

The report also expects the PLA to steadily improve its ability to project power into the Pacific and beyond.

A recent study commissioned by the US Congress goes further, saying China’s strategy aims to

disrupt, disable or destroy the critical systems that enable US military advantage.

The report called for a “new American way of war”.

All of these highlight the increasing capabilities of the PLA and underscore the challenges China’s rising hard power pose to the United States and its regional allies. But what of the challenges the PLA itself faces? 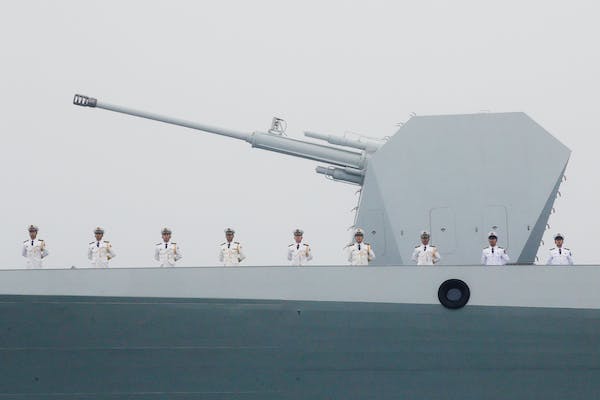 A Chinese destroyer taking part in a naval parade off the eastern port city of Qingdao last year. Jason Lee/Reuters

Interestingly, many of these problems are openly discussed in official Chinese publications aimed at a Chinese audience, but are curiously absent when speaking to a foreign audience.

The PLA was last at war in the mid-1980s, some 35 years years ago. Today’s Chinese military has very little combat experience.

Put more pointedly, far more soldiers serving in the PLA today have paraded down Chang’an Avenue in Beijing than have actually operated in combat.

Owing to these and many other acknowledged deficiencies, Xi launched the most ambitious and potentially far-reaching reforms in the PLA’s history in late 2015.

This massive structural overhaul aims to transform the PLA from a bloated, corrupt and degraded military to one increasingly capable of fighting and winning relatively short, but intensive, conflicts against technologically sophisticated adversaries, such as the United States.

But, recognising how difficult this transformation will be, the Chinese political and military leadership has set out a decades-long timeline to achieve it. 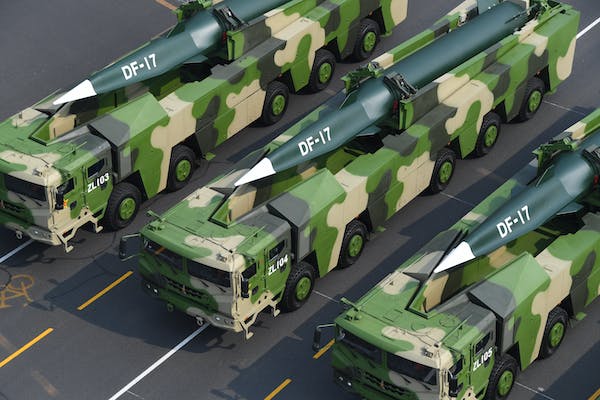 DF-17 ballistic missiles on parade in Tiananmen Square last year. Xinhua News Agency handout/EPAIn Xi’s estimations, by 2020, the PLA’s mechanisation will be “basically achieved” and strategic capabilities will have seen major improvements; by 2035, national defence modernisation will be “basically completed”; and by mid-century, the PLA will be a “world-class military.”

In other words, this transformation – if successful – will take time.

At this relatively early point in the process, authoritative writings by PLA leaders and strategic analysts make clear that much more work is needed, especially more realistic training in joint operations, as well as improved leadership and greater communications integration across the services.

PLA modernisation depends more on “software” — human talent development, new war-fighting concepts and organisational transformation — than on the “hardware” of new weapons systems. This underscores the lengthy and difficult nature of reform.

‘Know the enemy and know yourself’

The many challenges facing the PLA’s reform effort suggest the Chinese leadership may lack confidence in its current ability to achieve victory against a strong adversary on the battlefield.

owever, none of this means we should dismiss the PLA as a paper tiger. The recent indictment of PLA personnel for the 2017 hack of Equifax is a cautionary reminder of the Chinese military’s expansive capabilities. 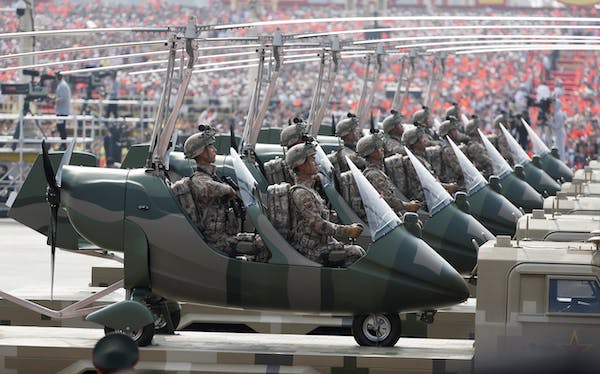 Better hardware is not what China needs at the moment – it needs to improve its software. ROMAN PILIPEY/EPARather, it means a prudent assessment of the PLA must take its strengths and weaknesses into account, neither overestimating nor underestimating either one. Should strategic competition between the US and China continue to escalate, getting this right will be more important than ever.

So, is China appearing weak when it is strong, or appearing strong when it is weak? Much current evidence points to the latter.

But this situation will change and demands constant reassessment. Another quotation from Sun Tzu is instructive:

If you know the enemy and know yourself, you need not fear the result of a hundred battles.

If you know neither the enemy nor yourself, you will succumb in every battle.