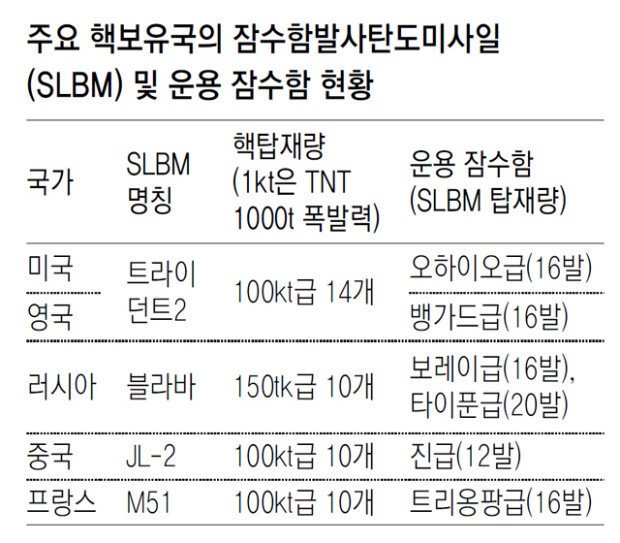 The “new strategic weapon” mentioned by North Korea leader Kim Jong Un at the end of last year is likely to be a new 3,000-ton submarine equipped with multiple submarine-launched ballistic missiles (SLBMs), the South Korean and U.S. intelligence authorities said. Such estimation is based on numerous signs, including underwater injection tests for SLBMs near Shinpo shipbuilding yard in South Hamgyong Province.

“Kim’s ‘new strategic weapon’ seems to refer to new nuclear delivery methods and capabilities yet to be unrevealed,” said a South Korean military source on Monday. “A new submarine that can carry up to three Pukguksong-3 SLBMs seems promising.”

“Kim must be thinking that the North can be a nuclear country that the U.S. cannot ignore once the country has intercontinental ballistic missiles (ICBMs), such as Hwasong-14 and Hwasong-15, as well as a submarine that can launch multiple Pukguksong-3s,” said another source. The North Korean leader may consider the nuclear striking power of targeting Washington and New York with ICBMs while simultaneously aiming U.S. troops in South Korea and Japan, as well as a U.S. base in Guam, as the completion of nuclear deterrence power against the U.S.

The South Korean National Intelligence Service (NIS) has reported on Wednesday that underwater injection equipment used for the development of SLBMs has been consistently identified at Shinpo shipbuilding yard in South Hamgyong Province, North Korea’s submarine building base. “As nahang-class submarines and underwater injection equipment have been consistently detected at Shinpo shipbuilding yard, we are keeping a close eye on developments on the preparation for the launch of a new ship revealed by North Korea last year,” said a member of the NIS.

← One Idea For Speeding A Coronavirus Vaccine: Deliberately Infecting People
ICBM Firing, Nuclear Weapons Test Or Wait: What Will North Korea Do For The Rest Of The Year? →