A Rocket Attack (Against A Small U.S. Base/Outpost In Afghanistan): Two Narratives. This Is What Happened.

A Rocket Attack. Two Narratives. This Is What Happened.

Nine Americans were injured last October in an attack by the Taliban in southern Afghanistan. The U.S. military said there were no casualties. 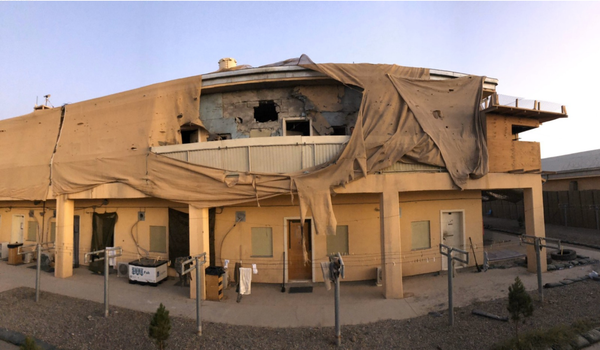 The Marines’ living area on Outpost Bost after a Taliban attack in Helmand Province in October 2019, in a photo leaked with other documents about the attack. 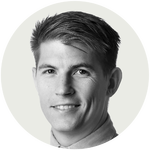 When 16 rockets were fired at a small American base in southern Afghanistan last fall, the Taliban trumpeted the attack as a blood bath, claiming they had killed “tens” of Americans. The U.S.-led mission in Kabul downplayed it. The insurgents were lying, an American military spokesman said on Twitter; there were no coalition casualties. The rockets were inaccurate and injured two Afghan civilians, he said.

As has occurred in past conflicting accounts about fighting in Afghanistan, both the Taliban and the American military statements were not true. Eleven people, including nine Americans, were wounded on the base in Lashkar Gah, the capital of Helmand Province, during the attack on Oct. 22. The rockets were accurate enough, having been fired from roughly 300 feet away, slamming into two guard posts, the American barracks and an Afghan police compound nearby, starting a fire in a shipping container.

The attack on the outpost, known then as Enduring Expeditionary Advisor Platform Bost, was a violent coda for the U.S. military’s presence at the small base — which quietly ended earlier this year as part of the U.S. peace agreement with the Taliban. American forces had been advising the Afghan military there since 2016 and, for the most part, projecting a symbol of American security for an Afghan city almost entirely surrounded by insurgents, who control most of the province.

Interviews with those present and previously unreported military documents obtained by The New York Times portray an event that came dangerously close to killing several Americans, just weeks after President Trump said the United States was striking the Taliban harder than it had in a decade. The incident revealed that the Taliban could still infiltrate a provincial capital, get within yards of a well-fortified American base and attack at will even after more than 18 years of fighting.

The damage inflicted on the living areas of the base in photos leaked with other documents about the attack. 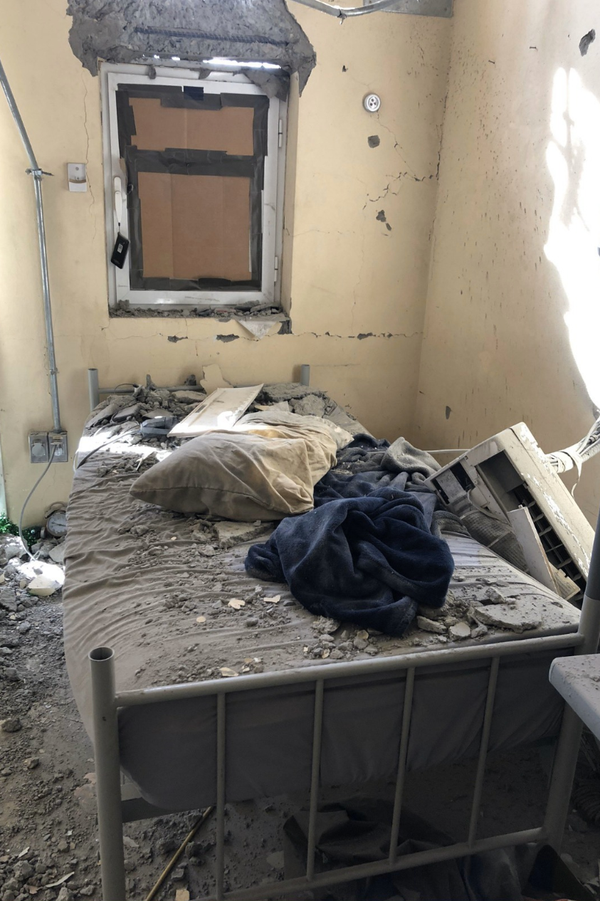 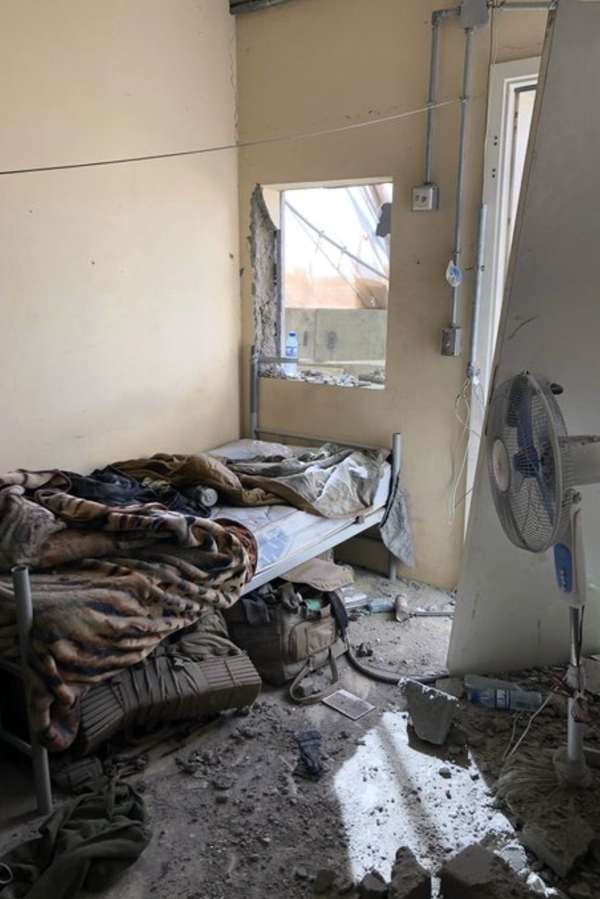 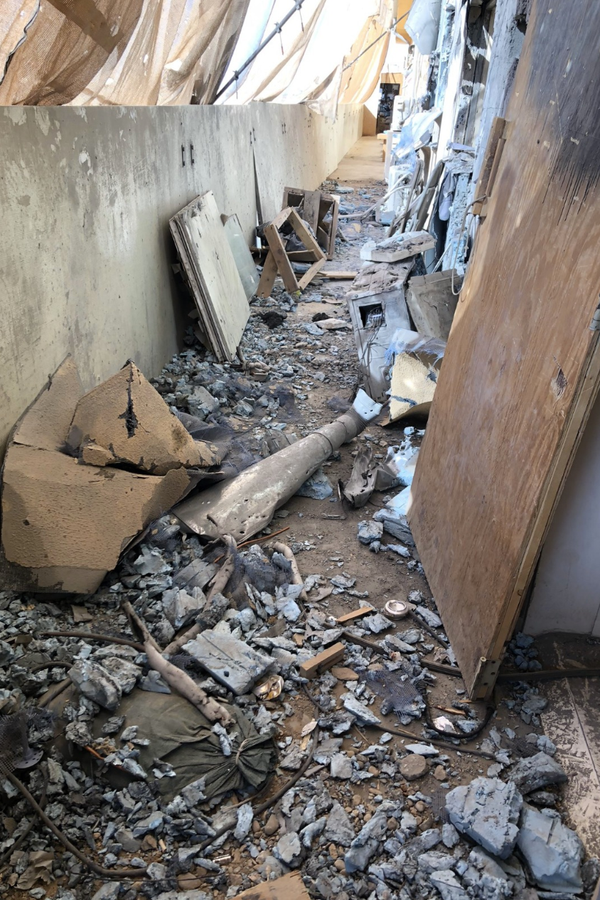 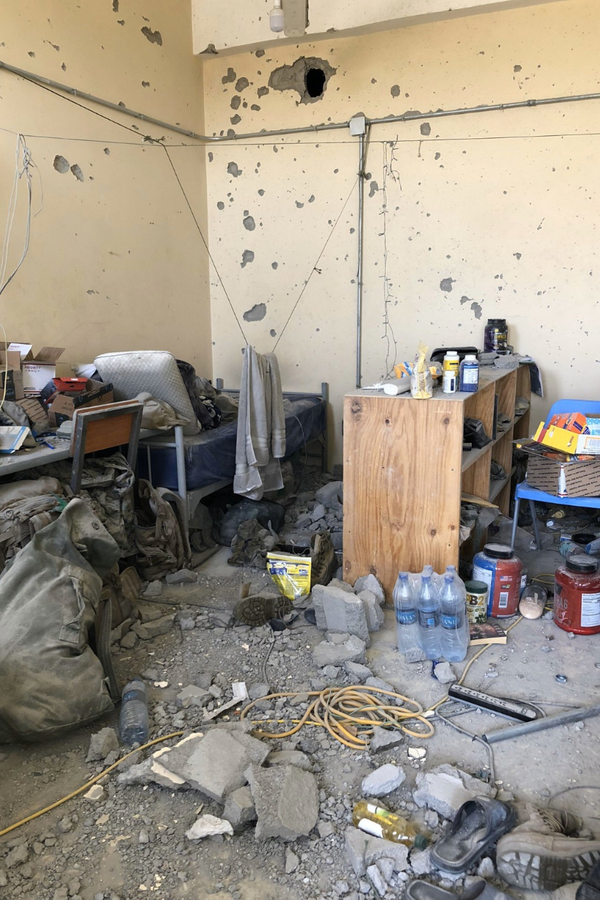 At around 3 p.m. on Oct. 22, the 78 soldiers, sailors, Marines and airmen at Bost were in the middle of their monthslong deployment. It had been quiet, with much of the violence constrained to the countryside. The Taliban’s tactic has long been to bleed the Afghan security forces by attacking their distant checkpoints on the outskirts of government-held territory.

Some Americans were sleeping, others were exercising. A small team of Marines were screening Afghan forces with biometric scanners on one side of the base, which had been built by the British in 2007. These were all routine tasks on American outposts in Afghanistan, perfunctory staples of the United States’ longest running war.

The barrage of 107-millimeter rockets, a weapon used by insurgent groups the world over, hit at around 2:50 p.m. They were fired from such a close range and at such an angle — more like a gunshot than a rocket attack — that the rockets went completely undetected by the base’s counter-battery radar. The blasts quickly disabled the system by cutting its power, blinding those on the base for what could have been another strike.

Because of the small size of the outpost, every person there was “either injured, assisting the injured and/or providing security,” according to the documents. The U.S.-led mission in Kabul declined to comment on the record about its original claim via Twitter that there were no casualties.

A Marine standing guard behind his medium machine gun was thrown to the ground when one rocket directly impacted his post. The Marine was peppered with shrapnel and sustained “serious fragmentation wounds” in his chest and legs, requiring multiple tourniquets and chest seals. Another Marine, a corporal, was asleep in his room when a rocket hit it, strafing his legs with steel. One sergeant was outside walking on a sidewalk when a rocket hit feet away, seriously wounding him.

In all, five Marines and a U.S. contractor sustained shrapnel injuries, requiring immediate medical evacuation on two helicopter flights dispatched from nearby Camp Dwyer, a sprawling American base nestled in the desert west of the Helmand River. Two Marines and a Navy sailor suffered traumatic brain injuries and were flown off Bost the next day, and two Afghan interpreters had superficial wounds. Two Afghan civilians, as the American spokesman had said in his original tweet, were injured when one of the 16 rockets hit a cluster of homes.

In the minutes following the strikes, base leadership transmitted a “mass casualty” call over the radio to those on the base. The wounded were put on stretchers and taken to a patient collection point near the helicopters’ landing zone. To prepare for another strike, Marines set up mortar positions angled to the south, the direction from which the rockets came, and positioned an armored vehicle with a heavy machine gun near the base’s gate, which had been damaged. The attack never came.

Overhead, a small drone, most likely belonging to the Taliban, watched the entire event unfold, according to the documents.

The rocket strike on Bost could mark one of the last times the Taliban try to maim or kill American forces in Helmand Province, a volatile swath of territory known as the insurgent group’s heartland and the site of bloody campaigns waged by both American and British forces over the last 18 years of war. Those that endured the attack have since returned to the United States, where there has been debate over whether the military will issue them an award that denotes combat action, as rocket attacks are often considered “indirect” fire.

Last year, 20 U.S. troops died during combat operations, the highest number of losses in a year since 2014, when the Pentagon announced the end of combat operations in the country. More than 190 were wounded. Four American soldiers have been killed in combat in 2020 so far, though Afghan forces continue to bear the brunt of the fighting, with dozens dying in Taliban attacks every week.

By downplaying the casualties from the Bost attack, the American-led mission’s response to the strikes turned out to be a precursor to the Pentagon’s current information strategy following the February deal with the Taliban: obfuscation. It’s a shift further made apparent by the recent classification of data pertaining to enemy-initiated attacks against U.S. and Afghan forces, information deemed by the Special Inspector General for Afghanistan Reconstruction as one of the last remaining metrics used to publicly report on the security situation in the country.

The American-led mission told the inspector general the information that on enemy attacks is “now a critical part of deliberative interagency discussions regarding ongoing political negotiations between the U.S. and the Taliban,” according to the office’s recent quarterly report. The Air Force has also stopped releasing airstrike data pertaining to Afghanistan for much the same reason. Following the October strike, the U.S.-led mission in Afghanistan did start clarifying on social media the distinction between wounded and killed after Taliban attacks.

So far, the Taliban have refrained from attacking American or NATO forces, per the terms of the deal signed Feb. 29, though U.S. airstrikes have targeted insurgents while defending Afghan troops. But political infighting between Afghan President Ashraf Ghani and his political rival Abdullah Abdullah, an increase in attacks by the Taliban, and the rapid spread of the novel coronavirus have put pressure on the fragile agreement.

Last week, Secretary of Defense Mark T. Esper said that both the Taliban and the Afghan government were not upholding their sides of the deal. Though the government in Kabul was not a signatory, Washington has pressured Afghan officials to release 5,000 Taliban prisoners to jump-start peace negotiations between the Afghan government and the Taliban. “We’re not going to be blamed for not living up to our agreement,” Esper said.

Like many American bases across the country, Bost has since been turned back over to the Afghan military and police, where it will continue to act as a provincial logistical hub. The Hesco barricades, American-supplied weapons, vehicles and bulletproof glass are still there, along with myriad stickers — plastered across the outpost in obscure places — denoting Bost’s previous owners and a different time in the war that has long since past.

← To Compete With Russia And China At Sea, Think Small
World Renowned Virologist, Dr. Michael Osterholm Warns COVID-19 — In The Absence Of A Vaccine — Will Continue To Spread Until ‘Up To 70 Percent Of The Population Is Infected,’ And A Second Wave Could Be Even Worse – ‘We Are Going To Have To Learn To Live With This Virus’ →