As China Hoarded Medical Supplies, The CIA Believes It Tried To Stop The WHO From Sounding Alarm On The Pandemic

As China hoarded medical supplies, the CIA believes it tried to stop the WHO from sounding alarm on the pandemic

The CIA believes China tried to prevent the World Health Organization from sounding the alarm on the coronavirus outbreak in January—a time when Beijing was stockpiling medical supplies from around the world. A CIA report, the contents of which were confirmed to Newsweek by two U.S. intelligence officials, said China threatened the WHO that the country would stop cooperating with the agency’s coronavirus investigation if the organization declared a global health emergency.

It was the second such report from a Western intelligence service and is likely to further inflame tensions between the United States and China over a pandemic that has killed 280,000 people worldwide—more than a quarter of them American.

The WHO dismissed the notion that Xi himself intervened, but declined to address specifically the question of whether Chinese officials made any effort to delay or change the announcement of a Public Health Emergency of International Concern (PHEIC).

“We don’t comment on specific discussions with member states but we can say that at all times during the pandemic WHO has acted in accordance with its mandate as an evidence-based technical organization focusing on protecting all people, everywhere,” WHO spokesperson Christian Lindmeier told Newsweek. “WHO bases its recommendations on science, public health best practices, evidence, data, and the advice of independent experts.

The U.S. intelligence officials who spoke to Newsweek could not say whether President Xi played a role in pressuring the WHO. 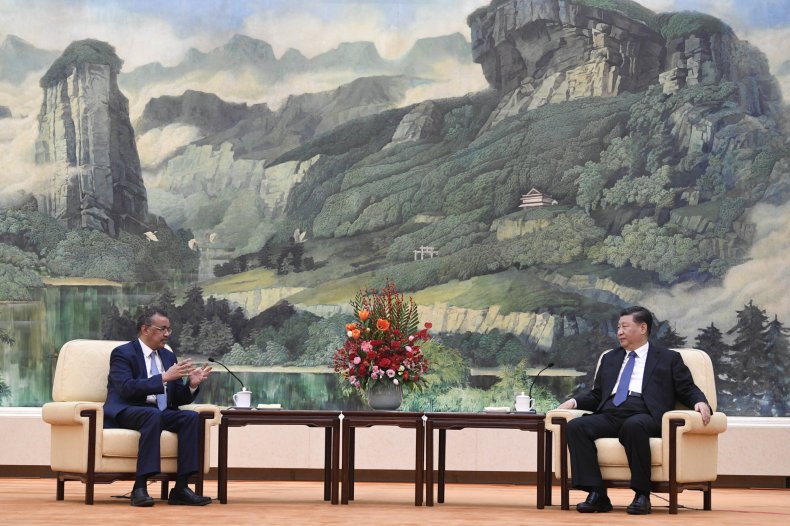 WHO Director-General of the World Health Organization Tedros Adhanom Ghebreyesus (L) attends a meeting with Chinese President Xi Jinping at the Great Hall of the People, on January 28 in Beijing, China. The meeting took place as the WHO’s International Health Regulations Committee experts deliberated whether or not to recommend the WHO declare a public health emergency of international concern over the novel coronavirus, which they eventually did on January 30. Naohiko Hatta/Pool/Getty Images

When the WHO declared a public health emergency on January 30, it went to great lengths to say that China had done nothing wrong, an approach that sparked some anger in the West and prompted President Donald Trump to criticize the world health body as “China-centric” before he suspended funding in March.

“What World Health got away with is unbelievable. They’re a pipe organ for China, so I’m going to make a decision very soon,” Trump told Republican lawmakers on Friday about the future of the U.S. relationship with the WHO.

China has been widely criticized for its initial handling of the coronavirus outbreak in Wuhan, when the government silenced doctors trying to alert the world, accused the U.S. military of starting the outbreak and, according to the Associated Press (AP), delayed the official announcement of the outbreak by six crucial days as people fled the stricken Chinese city, spreading the coronavirus through the world. Chinese death tolls and infection rates are viewed skeptically in the West, and U.S. intelligence agencies have said it is possible that the virus escaped from a Wuhan lab, although no evidence has emerged to support this theory.

The Chinese Foreign Ministry did not respond to Newsweek‘s requests for comment, but told a press briefing Monday that “the Chinese leader didn’t even have such a phone call with the WHO head on January 21” in response to Der Spiegel‘s report. The Central Intelligence Agency declined Newsweek‘s request for comment.

The timeline of the CIA document, called “U.N.-China: WHO Mindful But Not Beholden to China,” and the German report dovetail with another analysis conducted by the U.S. Department of Homeland Security that said China suppressed information about the outbreak in January so it could hoard medical supplies from around the world. That analysis, first reported by the AP, was dismissed as “groundless” by the Chinese Embassy in Washington in a statement to Newsweek.

Beijing imported 2.5 billion pieces of epidemic personal protective equipment (PPE)—which included more than 2 billion masks—between January 24 and February 29, according to China’s General Administration of Customs. The spike in orders accompanied fervent calls from Beijing’s diplomatic missions across the globe to secure supplies as the worlds’ most populous country equipped itself against a worsening coronavirus outbreak.

But the sickness would spread well beyond China’s borders, to nearly every country on Earth and some countries that exported PPE to China were left short. Beijing then embarked on a campaign to provide PPE, personnel and other assistance to countries around the world, including the United States.

China first informed the World Health Organization of a new coronavirus sickening its citizens on December 31, and began formally notifying the U.S. on January 3. On January 20, Beijing first reported instances of human-to-human transmission of the disease—a sign that the coronavirus was more contagious than initially assessed. The WHO held two votes on January 22 and 23 to decide whether to declare a public health emergency, but the committee could not come to a conclusion. A final vote on January 30 made the declaration.

“The WHO Constitution says that each Member State must ‘respect the exclusively international character of the Director-General and the staff and not to seek to influence them’ (Article 37),” Lindmeier told Newsweek. “We know that every country understands this obligation is critical to WHO’s impartiality and neutrality in its global health work.

“WHO bases its recommendations on science, public health best practices, evidence, data, and the advice of independent experts.” 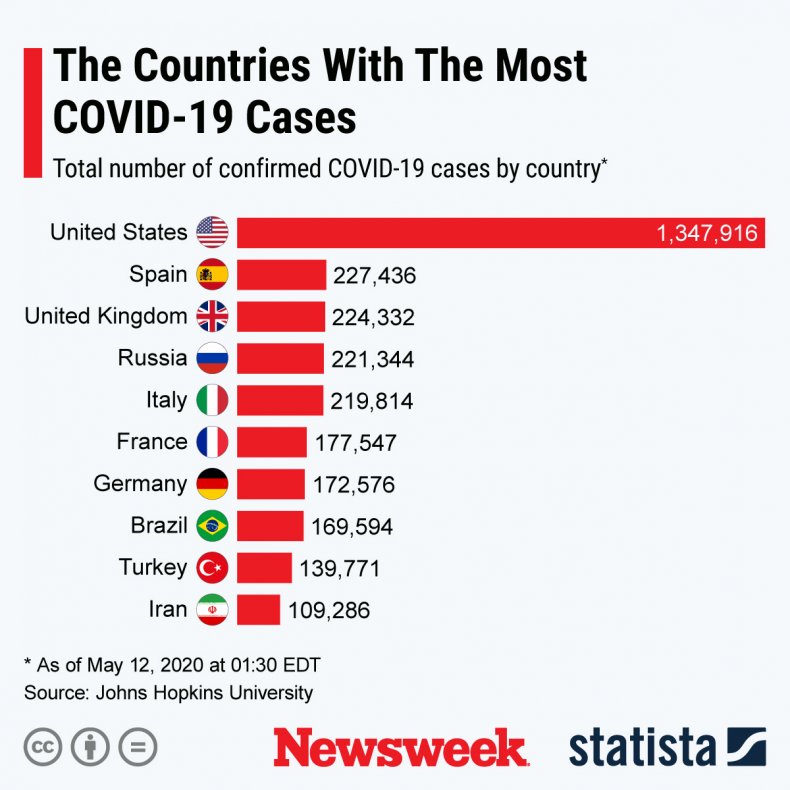 A graphic provided by Statista shows the top ten countries worst affected by COVID-19 as of May 12. Statista

The above graphic was provided by Statista.