May 15, 2020 · by Support CMShelplive · in China, CIA, Department Of Defense, DIA, Intelligence Community, national security, North Korea · 14 Comments
David Maxwell Comment:  “I think we are going to have to have an international calendar on the internet that tracks the date of Kim last sighting.  I am gratified that more people are paying attention to Kim’s status and what is happening in north Korea I think it may lead to a new cottage industry of conspiracy and far-fetched theories about his health.

It has been XX days since Kim has appeared in public.
Kim was last seen in public on XX date.”

After the ceremony, it appears that Kim has once more gone missing, with no sighting of him in nearly two weeks leading to more questions.

In the past few weeks, large leisure boats had been spotted outside Kim’s compound, and now another luxury boat can be seen in photographs, which has further fuelled speculation about where the dictator has gone.

A few weeks ago there were rumours that the leader was seriously ill or had died following heart surgery. However, Kim silenced the rumours be appearing at the opening of a fertiliser factory.

But was it really the supreme leader or a body double who appeared at the ribbon-cutting ceremony? Experts have noticed clear differences between the photos of Kim at the event, and images of him in the past.

After the ceremony, it appears that Kim has once more gone missing, with no sighting of him in nearly two weeks leading to more questions. 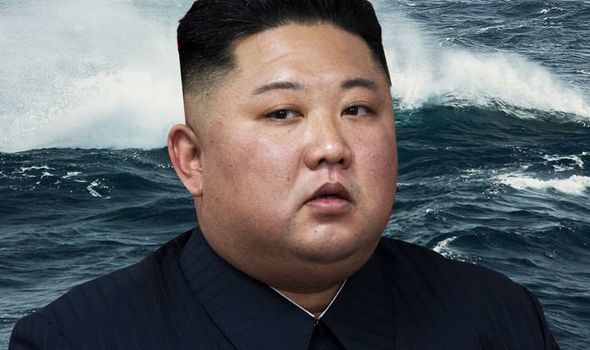 KIM JONG-UN may have gone missing again according to latest photographs (Image: GETTY) 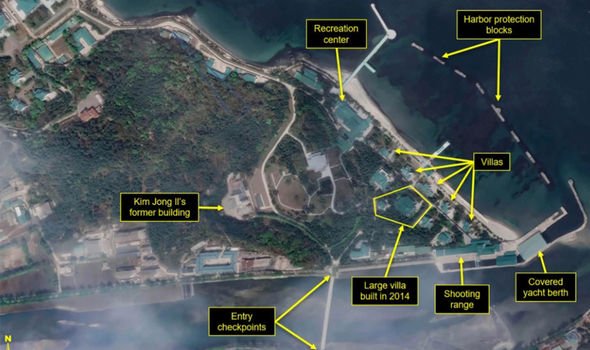 In the past few weeks large leisure boats had been spotted outside Kim’s compound (Image: REUTERS)

Latest analysis has shown that the tyrant is back at his Wonsan retreat, as satellite images display two boats that were parked at the villa’s beach and central Wonsan docks have swapped places.

This would indicate that Kim is back in Wonsan, and his boat nearby for his use after it was repaired back in March.

The largest of the boats houses an Olympic-sized swimming pool and waterslides.

Images from Planet Labs show that the boat is back in the repair dock, indicating that it might be undergoing an upgrade. 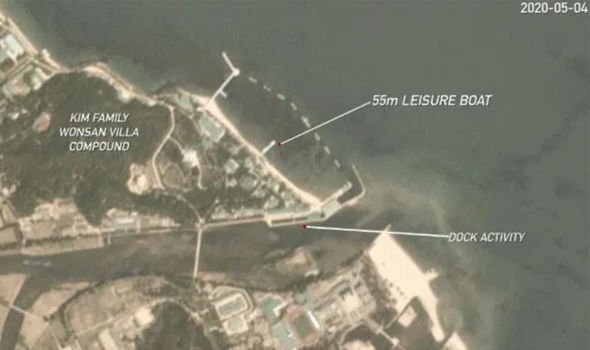 From April until last week a 55-metre leisure boat with a green covered area in the centre was parked at the Wonsan villa.

Then these two boats switched places after Kim appeared to have returned from Sunchon where he opened the fertiliser factory.

As of May 13, the 60-metre boat is still parked outside the villa.

According to NK Pro, this could prove that Kim is now in Wonsan, or could be heading there in the near future. 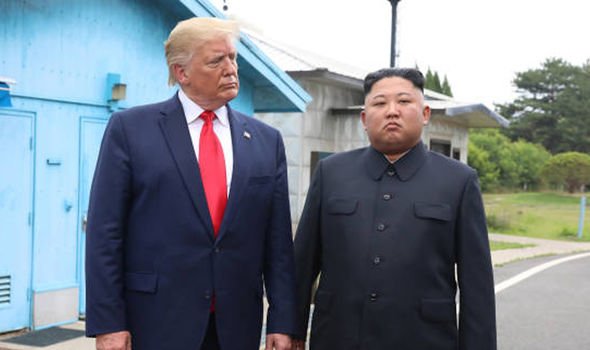 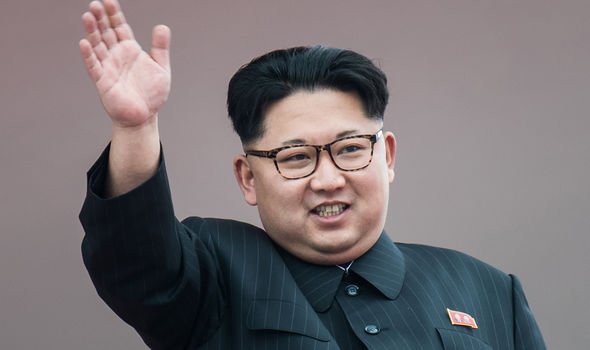 The country were left unconvinced of the dictator’s recent attendance to open a fertiliser factory (Image: GETTY)

In the Sino-North Korean border region whispers about the supreme leader’s health continue, even after the government attempted to put hearsay to rest by organising a last-minute public appearance for Kim-Jong.

The country was left unconvinced of the dictator’s recent attendance to open a fertiliser factory in-front of the national media, as it was claimed that the plant unfinished and inoperable.

On Twitter, comparison images of the dictator were uploaded, that showed differences between old photos and the images published from the factory opening.

The focal point of scepticism comes from the eyes and teeth of the recently pictured Kim, which has been compared with dated photos of a younger Kim to last week’s snapshots. 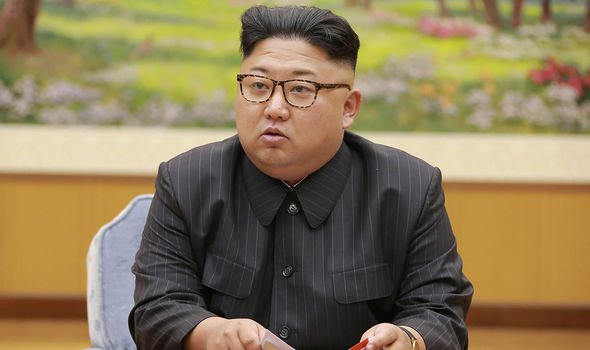 Another rumour that has begun to circulate is that Kim has an issue with his legs. (Image: GETTY)

The unnatural way the leader appeared to be walking and that he also had to use a golf cart to be escorted around has also raised eyebrows throughout the nation.

Another rumour that has begun to circulate is that the leader has an issue with his legs.

“People are speculating that Kim Jong Un can’t walk properly right now because he might have gotten leg surgery due to his weight,” a source told Daily NK.

← As China Hoarded Medical Supplies, The CIA Believes It Tried To Stop The WHO From Sounding Alarm On The Pandemic
New Malware Ramsay, Can Steal Data From Air-Gapped Computers →