May 25, 2020 · by Support CMShelplive · in China, Department Of Defense, military history, national security, North Korea, Nuclear · 58 Comments
David Maxwell Comment: “Internal and external messaging here.  Clearly we interpret this as a message to us. Kim Jong-un has no intention of denuclearizing but instead will continue his blackmail diplomacy – the use of provocations and increased tension to gain political and economic concessions.  He is sending a message to President Trump that he provided all the political benefit to president Trump (no nuclear or ICBM testing and President Trump has been able to tout that as a success in his reelection campaign.  However, Kim Jong-un has received no political benefit from his 3 meetings with President Trump because he has failed to get sanctions relief.  Kim may be sending the message do not use me as a campaign prop.
However, there is a lot of internal messaging here.  It is about countering the pressure he is under for failing to get sanctions relief.  He is reinforcing the importance of the nuclear program for deterrence to counter the frustration of the elite, the military, and the people for their sacrifices to develop nuclear weapons.  Their sacrifices have not paid off and resulted in any tangible benefits, e.g., sanctions relief.  Second, it appears to be an effort to reinforce Military First Politics or Songun also to sustain military support.  We should keep in mind Songun was never eliminated or replaced even with the establishment of Byunjin – the simultaneous development of nuclear weapons and the economy.  The military always has been and always will be key to regime survival.  The promotion of those involved with the nuclear program is a sign of not only importance of the program but Kim’s commitment to never give it up (an internal and external message).” 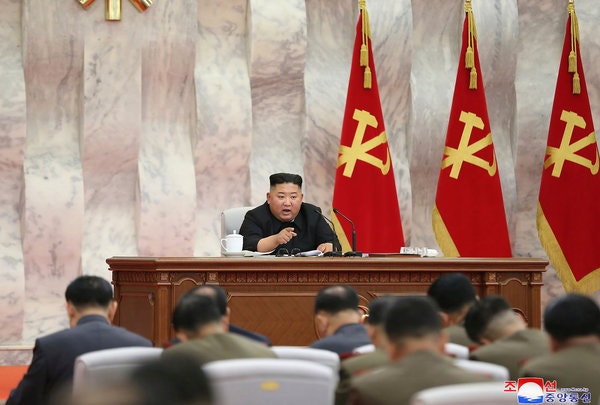 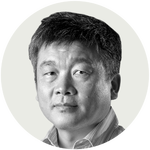 Mr. Kim’s attendance at the meeting was his first public activity reported by the North Korean media in three weeks. A weekslong absence from public view last month prompted rumors that he might have health issues or other trouble, and the repeat this month sparked similar rumors.

During the meeting of the Central Military Commission of the ruling Workers’ Party of Korea, Mr. Kim was said to have promoted Ri Pyong-chol to vice chairman of the commission, expanding his influence. Mr. Ri has been in charge of building nuclear weapons and their delivery missiles.

Mr. Kim also promoted nearly 70 general officers, elevating Pak Jong-chon, a career military commander specializing in artillery and missile forces, to vice marshal, only a year after he was made a four-star general and chief of the North Korean army’s general staff.

Both Mr. Ri and Mr. Pak were among North Korean officials whose roles appeared to expand under Mr. Kim’s government as he refocused on expanding his country’s nuclear and missile capabilities following the collapse of his diplomacy with President Trump.

“Set forth at the meeting were new policies for further increasing the nuclear war deterrence of the country and putting the strategic armed forces on a high alert operation,” the North’s official Korean Central News Agency reported on Sunday. “Taken at the meeting were crucial measures for considerably increasing the firepower strike ability of the artillery pieces of the Korean People’s Army.”

The news agency did not say when the meeting took place, although it usually reports Mr. Kim’s public activities a day after they happen. Nor did it clarify what Mr. Kim’s new policies on his nuclear weapons might be.

Since taking over his country following the death of his father and predecessor, Kim Jong-il, in 2011, Mr. Kim has accelerated his country’s nuclear weapons and missile programs. North Korea has conducted the last four of its six underground nuclear tests under his rule. It also flight-tested three intercontinental ballistic missile tests in 2017.

Mr. Kim then switched to diplomacy, meeting Mr. Trump in Singapore in June 2018 and again in Hanoi, Vietnam, in February last year. But their meetings failed to reach an agreement on how to eliminate North Korea’s nuclear weapons programs or when to ease United Nations sanctions against the North.

In May last year, North Korea broke an 18-month hiatus in weapons tests, conducting 18 tests of mostly short-range ballistic missiles and rockets since. In December, it conducted two ground tests at its missile-engine test site to bolster what it called its “nuclear deterrent.” Mr. Pak at the time said that the data from the tests would help develop “another strategic weapon.”

In December, Mr. Kim said that his country no longer felt bound by its self-imposed moratorium on nuclear and long-range missile tests, and threatened to unveil a new strategic weapon.

Mr. Kim’s weekslong absence from public view last month inspired speculation that he might be brain-dead or otherwise incapacitated. He dispelled such rumors by visiting a fertilizer factory on May 1. The military commission meeting was his first reported public activity since then.