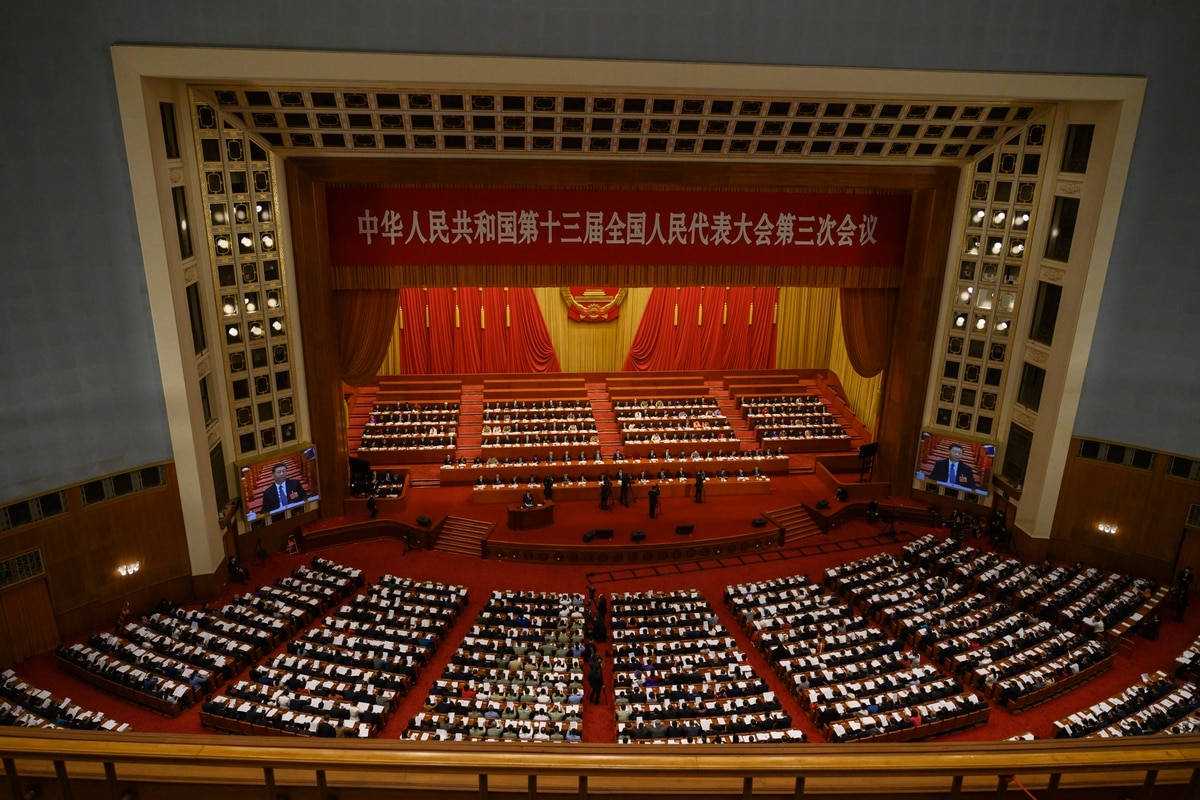 China’s Communist Party leaders and delegates, including President Xi Jinping, sit at the opening of the National People’s Congress on May 22, 2020, in Beijing, China. (Kevin Frayer/Getty Images)

MELBOURNE, Australia — China has announced a 6.6 percent growth in its defense budget for this year, its lowest rate of increase for almost three decades.

The growth in China’s defense budget would see spending rise from $167 billion last year to $178.2 billion, an increase of about $11 billion. The country has the second-largest defense budget in the world, behind only the United States.

Despite the growth of China’s defense budget being at its lowest, in percentage terms, since the early 1990s, the 6.6 percent figure only represents a slightly lower figure than the 7-7.5 percent growth many analysts estimated before the pandemic. In real dollar terms, the $11 billion increase in defense spending is the fifth-highest increase ever for the country.

It also shows that China is determined that the People’s Liberation Army, or PLA, will remain insulated as much as possible from the negative economic effects of the COVID-19 pandemic, which resulted in China’s economy shrinking by 6.8 percent in the first quarter of 2020 compared to the same time last year.

Chinese Premier Li Keqiang said as much during his speech Friday at the opening of the annual gathering of its largely rubber stamp parliament. He pledged that the PLA would not be worse off.

“We will deepen reforms in national defense and the military, increase our logistic and equipment support capacity, and promote innovative development of defense-related science and technology,” he told legislators at the opening of the National People’s Congress, which kicked off Friday at the Great Hall of the People in China’s capital, Beijing.

Li also touched on the issue of Taiwan during his speech, reiterating that China would “resolutely oppose and deter any separatist activities seeking Taiwan independence.” He also called on the Taiwanese people to “join the mainland in opposing Taiwanese independence and to promote reunification.”

China views Taiwan as a breakaway province, with the self-governing island off its coast having formed its own government in 1949 when Nationalist forces fled there following defeat at the hands of Communists during China’s civil war.

Perhaps tellingly, Li dropped the use of the word “peaceful” when talking of reunification with Taiwan, a departure from decades of using it as the standard expression Chinese leaders used when addressing parliament and mentioning Taiwan. Although China has never renounced the possible use of force for reunification efforts.

Li’s call for reunification came as U.S. Defense Secretary Mark Esper reaffirmed that the country would stand by Taiwan. Speaking on Hugh Hewitt’s radio show, Esper said the U.S. would “certainly live up to our commitments to Taiwan,” noting that it is also bound by the Taiwan Relations Act enacted by Congress, which pledges to supply Taiwan with weapons it needs for its defense.