Belt and Road Initiative is about more than infrastructure 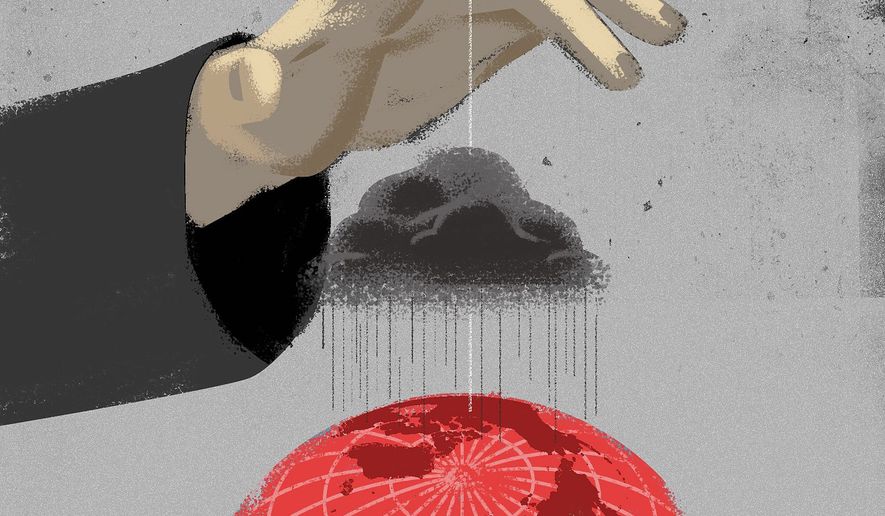 A century ago, Vladimir Lenin wrote a book titled “Imperialism, the Highest Stage of Capitalism.” I doubt it occurred to him that imperialism might one day become the highest stage of communism. Yet that day is here.

The end of the Cold War was widely interpreted as communism’s downfall. But while the Soviet Union collapsed, communism survived, most consequentially in China.

Analysts on both the left and right didn’t get that. After all, China’s rulers were allowing private ownership of some means of production, and some Chinese citizens, not all of them government officials or even members of the Communist Party, were getting rich. Isn’t that capitalism?

Not exactly. There’s no heresy in socialist regimes refraining from nationalizing businesses so long as those businesses take orders from the party and state. One famous example: Lenin’s 1921 New Economic Policy.

Most China-watchers also believed that the more prosperous the peoples of China became, the more they would want freedoms and representative government. Surely, the authorities would acquiesce.

Returning to Lenin: He saw imperialism as the means by which capitalist countries could most effectively extract wealth from less-developed countries. But World War II abruptly ended the imperial ambitions of Germany, Japan and Italy. Other European empires were soon dismantled as well.

Only the Soviet empire expanded. That lasted until the fall of the Berlin Wall in 1989 — just months after China’s Communist rulers suppressed the pro-freedom movement in Tiananmen.

The People’s Republic of China is already an empire. Tibet and Xinjiang are captive nations within it. In 1997, Britain agreed to turn over Hong Kong to the Chinese Communists in exchange for their promise that for a half-century the former Crown Colony would maintain substantial independence.

That promise is now being broken, most recently by Beijing’s imposition of a law effectively criminalizing dissent. China’s rulers also are more aggressively threatening Taiwan, a free and democratic nation whose citizens have never been ruled by Communists, and would not choose to be.

But Beijing’s imperial dreams extend far beyond its immediate neighborhood. Seven years ago, it launched what is now called the Belt and Road Initiative. At first, the BRI was widely viewed as a benign foreign assistance, trade and development program. The Chinese would build roads, rail lines, airports, seaports, dams, power plants and communications networks cheaply and efficiently. They’d offer loans. What’s not to like?

Elaine K. Dezenski, a senior adviser at the Foundation for Defense of Democracies’ Center on Economic and Financial Power, has asked that question, and provides some answers in a new report: “Below the Belt and Road: Corruption and Illicit Dealings in China’s Global Infrastructure.”

BRI projects, her research reveals, are “often white elephants that benefit mainly the companies that build them and politicians who allow them to proceed.”

In Sri Lanka, BRI funds were used to build “the world’s emptiest airport, along with a new seaport that is operating at two percent capacity, and a cricket stadium that has more seats than local residents.”

In Malaysia, “$100 billion in BRI deals were sweetened with bribes and the facilitation of kleptocracy.” China also helped shield Malaysia’s ruling party “from international investigations into its corruption scandals and to help identify sources providing information to journalists.”

In Kenya, both Chinese and local officials are being prosecuted after a railway project went massively over budget, leading to “unmanageable debt.” The project remains uncompleted.

Last year, Beijing also signed a memorandum of understanding on BRI with Italy. A new report by Giovanna De Maio, a visiting fellow at the Brookings Institution, notes that doing so marked “a break in the ranks of the G-7, raising important concerns from Washington that Italy would become an entry point for Chinese influence in Europe.”

She adds that Chinese foreign direct investment in Italy is actually “significantly lower than in other major European economies such as German and France, which have not endorsed the BRI but have secured important trade and investment deals with Beijing.”

One final point: Imperialism is not always accompanied by colonialism. But Ms. Dezenski observes that from 2004 to 2014, a million “undocumented Chinese may have come to Africa.” These overseas Chinese communities, she writes, “often develop into independent states-within-the-state and function according to their own rules and mores. Underground banks (dixia qianzhuang), which transfer massive amounts of untaxed cash back to China as remittances, are common.”

More than 60 countries have signed BRI agreements with China. The reports cited above — along with other evidence of corruption, debt traps, tax avoidance, exploitation of natural resources, and Chinese political manipulation — have stoked what was already a fierce debate over China policy.

Of at least equal concern: Beijing’s egregious human rights violations, habitual cyber thievery and spying, alarming military buildup and threats to freedom of the seas. The coronavirus pandemic, a global health and economic disaster born and bred in China, has added insult — and infection — to injury.

Imperialism, according to Lenin, involves “the division of the world.” It should now be obvious that China’s Communist rulers intend to divide the world to their economic and political benefit, and the detriment of pretty much everyone else. BRI is a means to that end. Americans are just beginning to consider how to address the enormous challenge that poses.

• Clifford D. May is founder and president of the Foundation for Defense of Democracies (FDD) and a columnist for The Washington Times.

← China’s Largest Base Has Replicas Of Taiwan’s Presidential Building, Eiffel Tower
Don Bendell: Green Berets, ‘What Were They, Daddy?’ →