May 29, 2020 · by Support CMShelplive · in artificial intelligence, Department Of Defense, military history, national security, Special Operations · 2 Comments
David Maxwell Comment:  “This is an elegant and simple quote but one we must think deeply about: “Data is the new ammunition.”  We should always keep in mind that some “data” can only be collected through close personal relationships that can only take place face to face.  I am not an iconoclast and I believe in the great potential AI but I also do not want SOF and in particular SF, PSYOP, and CA to lose some of the fundamental skills that are enduring despite the amount of AI employed.  This is especially true when we talk about the comparative advantages of SOF in influence, governance, and support to indigenous forces and populations.  Again I am all for maximizing the use of AI as long as we do not throw out the baby with the bathwater.
And regarding “revolutionizing war:” I am not sure how you revolutionize fear, honor, and interest, and passion, reason, and chance (though hopefully AI will help reduce the effects of chance but it will never eliminate it).” 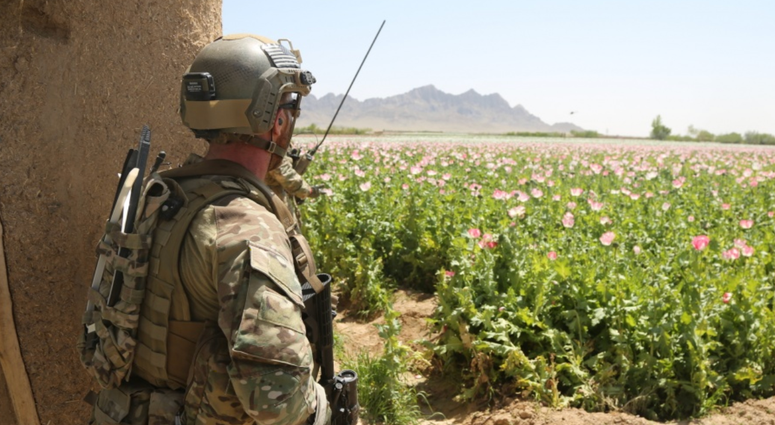 ”We still need guys that can kick down the door, that can shoot well, can jump out of airplanes, can fly our special operators. We need all those men and women in our formations,” Gen. Richard D. Clarke recently said. “But we also need coders. We also need leaders who can apply (artificial intelligence).”

To some special operations veterans, it may feel like a blast from the past, with SOCOM announcing that it is shifting focus towards Russia and China as well as working in places where those actors attempt to project power and influence the population in Africa and Latin America. Much of SOCOM’s stated focus moving forward could have been written in 1984. However, there are some new technologies coming to the forefront in the coming years that are likely to change the face of war forever.

“What is significant in the last six or seven years has been a couple of different breakthroughs, the sorts of chips now that can essentially power what is called neural nets so imagine a computer processing ability that is based off of our own brains,” author August Cole said in a recent interview. With this technology computers are going to be able to process much more information and also become self-learning by observing and correcting. “We are at a really interesting inflection point where you are seeing those two technologies, neural net and machine learning computing, come together…and suddenly along with that the deployment of these new technologies,” Cole explained.

“The competition side of this drives this for us as well,” Peter Singer said referring to other countries developing AI. He pointed out that China wants to be the global leader in artificial intelligence, while the United States also wants to claim the title.

Cole and Singer are the authors of a new novel called Burn-In which is about a female FBI agent partnered up with an artificial intelligence to conduct investigations and make arrests.

“Data is the new ammunition,” Cole said. “We are getting to the point now where some of the information you are relying on can be figured out without ever having it in the first place because of these really complex computer systems that can make logical leaps almost or just hoover up so much information and create association and connections with machine learning software that suddenly you can find someone in a mega-city not with their face but with a mix of bio-data, browsing activity, and consumer information.”

He added, “adversaries get that capability too.”

In as far as how Special Operations adapts, Gen. Clarke acknowledged the accomplishments of operators who engage in direct action strikes but also said that, ”we have to flip this discussion about what we need in the future. We still need great people. But as we look at this, we have to look at how we’re recruiting talent and how we’re bringing them in into SOCOM.”

Want to get more connected to the stories and resources Connecting Vets has to offer? Click here to sign up for our weekly newsletter.

← Xi Jinping To Chinese Military: ‘It Is Necessary To Prepare For War’
The NSA Has A Warning: Russia’s Most Infamous Hackers Are Still Active →