‘A Single Clenched Fist’: Russia Defiant But Anxious As U.S. Seeks To End Its Monopoly On Manned Space Flight

‘A Single Clenched Fist’: Russia Defiant But Anxious As U.S. Seeks To End Its Monopoly On Manned Space Flight 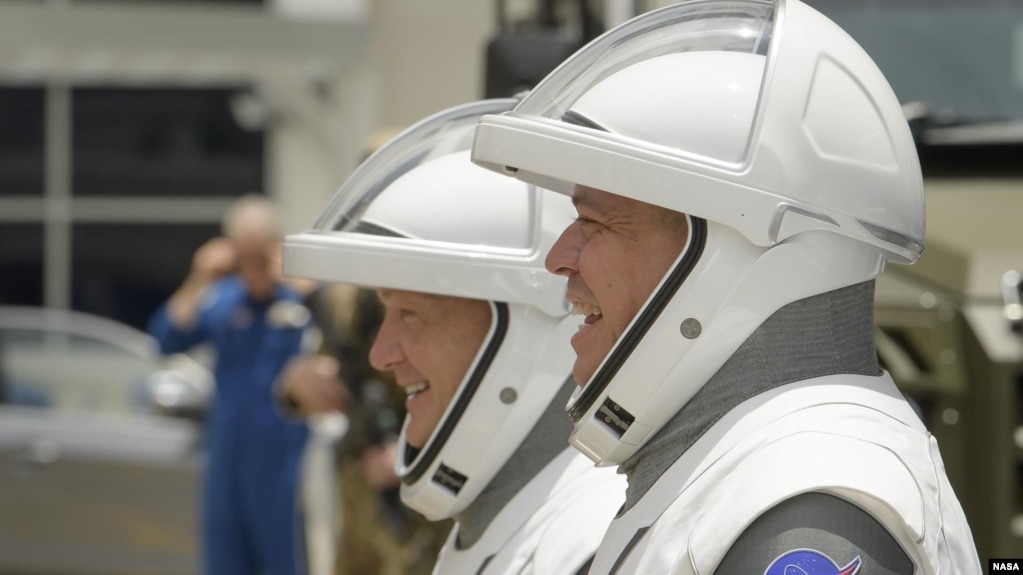 MOSCOW — As veteran NASA astronauts Doug Hurley and Bob Behnken made final preparations aboard SpaceX’s Crew Dragon capsule for the first manned orbital flight from U.S. soil in almost a decade, the Russian company that operates the famed Soyuz rocket marked a milestone of its own.

“On this day in 2019, the Soyuz-2 was struck by the lightning 14 seconds after the liftoff. The mission wasn’t affected,” tweeted the company, GK Launch Services. “Lightning is no problem for the Soyuz-2.”

The post to GK’s 1,500 followers might have gone unnoticed if events at Florida’s Kennedy Space Center had not unfolded the way they did. Less than 16 minutes before SpaceX’s scheduled liftoff on May 27, it was scrubbed due to fears of a lightning strike. Instead it was the oddly prescient tweet that took off, winning GK sarcastic praise on social media for mastering “the art of trolling.”

On May 30, Hurley and Behnken were successfully launched into space on SpaceX’s second attempt, allowing the buccaneering start-up founded by American inventor Elon Musk in 2002 to break Russia’s nearly decade-long monopoly on manned space flight.

The GK tweet tapped the combination of admiration, anxiety, and defiance with which government officials, state TV pundits, and ordinary space industry observers in Russia have greeted that news.

Since 2011, when U.S. space agency NASA retired its Space Shuttle program after nearly 30 years, Moscow has played a crucial role in facilitating American trips to the International Space Station (ISS), earning not only a reputation as a solid partner but also a steady income stream selling seats on its aged but reliable Soyuz spacecraft for upwards of $80 million. If successful, the SpaceX launch could spell the end of this lucrative partnership.

“This means huge financial losses,” said Ivan Moiseyev, a senior figure at the Institute of Space Policy, a Moscow think tank. “It signals the end of a comfortable revenue source, and the termination of long-standing contracts.”

SpaceX is not simply picking up where the U.S. government’s Space Shuttle program left off in 2011. Delivering astronauts to space on a rocket engineered and manufactured by a private company, it is also culminating a decades-long campaign to make space into a new frontier of capitalism, throwing the gauntlet to Russian giants of the industry that inherited Soviet technology and at times saw their leading role in space exploration as assured.

Preconditions for that monumental shift were set in motion in 2014, when the U.S. government awarded contracts totalling some $6.8 billion to SpaceX and Boeing, another private company, to develop space exploration. In May, NASA inked another eight-year contract with Russia for a seat on the Soyuz spacecraft. It could be the last such contract signed. ← Secret Sacrifice: The Agents Who Risked All Behind Nazi Lines
Is China’s Move Against Hong Kong — Czeckoslovakia 1968 All Over Again? In Addition To A Free Trade Agreement With Taiwan, It Is Time For A NATO-Like U.S./Pacific Defense Alliance — To Deter And Stand Firm Against Further Chinese Aggression.  →