Secret Sacrifice: The Agents Who Risked All Behind Nazi Lines

Secret sacrifice: the agents who risked all behind Nazi lines 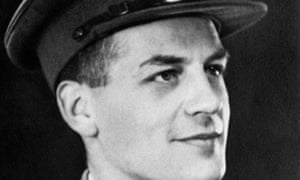 Major Francis Suttill, codenamed Prosper, led a network covering Paris. He was executed six weeks before VE day. Photograph: Courtesy of Francis J SuttillA very ordinary-looking metal canister will appear on BBC primetime series The Repair Shop next month. The size of a holdall, it looks like something found in a suburban garage. But it holds an incredible past. The simple container once held guns, ammunition and hand grenades dropped to the man who was perhaps Britain’s most important agent in occupied France: Major Francis Suttill, codenamed Prosper.

“He created this enormous network in just a few months – more than anyone expected him to,” says his son, also named Francis, who brought the canister to the show. “It was amazing in the circumstances. But then it fell apart due to bad luck and bad security by one of his lieutenants.”

In 1943, the Germans captured Prosper. He was executed at the Sachsenhausen concentration camp six weeks before the second world war ended in Europe.

This month saw unexpectedly muted events to mark the 75th anniversary of VE Day, the coronavirus crisis dampening what should have been a moment of unbridled joy recalled. More harrowingly, it had also been 75 years since the execution by Nazi Germany of scores of the agents of Britain’s Special Operations Executive (SOE) being held as prisoners of war. Now a number of events, TV programmes and books are marking the sacrifice of the SOE agents alongside their comrades in uniform.

Francis was only two when his father parachuted into France in October 1942, and he has no memories of him, knowing him only from photographs and the reports Prosper filed while living clandestinely in Paris. “To an extent, I don’t feel his loss because it’s something I’ve never had,” he says. “But it has left its scars and I do well up when people ask me about my father’s time in Sachsenhausen.”

Major Suttill was born in France and educated in England, becoming a barrister. When war broke out, he volunteered for the army and was eventually recruited to the SOE, a new organisation so secret that very few were aware it even existed.

Prosper’s role was perhaps the most important in Europe: he was to lead the network covering Paris. For six months he built a large operation that helped destroy the German occupation from within. But poor luck, mistakes by one of his lieutenants and the presence in the network of a traitor who was feeding information to the SS led to the Germans capturing Suttill, as well as more than 150 agents and Resistance fighters.

The supply canister featured on The Repair Shop was given to Francis by a farmer’s son who was 19 when it was dropped by the RAF for Prosper on to his family farm. The BBC’s restoration revealed a reference code on the metal, showing that it had held two sten submachine guns, 600 rounds and 12 grenades – weapons to harry the occupying German troops and ambush them when D-Day arrived. But Major Suttill did not survive to see the Germans driven from France.

“I was invited to an event marking the 75th anniversary of the liberation of Sachsenhausen,” Francis says. “But I thought, ‘Sorry. No thank you. It came too late for my father’. 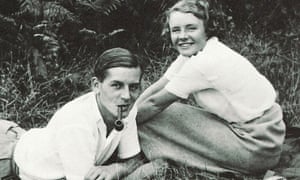 Major Francis Suttill and his wife, Margaret, pictured in 1936. Photograph: Courtesy of Francis J Suttill“I was too young to appreciate VE Day, but my mother was affected badly – there was everyone celebrating and she knew nothing about my father because the news of the deaths of the agents hadn’t come back. She was one of those who were widows without knowing it.”

Since the end of the war, recognition of the sacrifice of SOE officers has been patchy, in part due to the secret nature of their mission. But the 75th anniversary is a point in time to remember. Events include a memorial service at the SOE memorial in France, which Francis was to attend until the coronavirus lockdown cancelled his plans.

Alongside such ceremonies, a clutch of new novels based on the lives of real agents are being published – it was Prosper’s story that inspired my own, The Winter Agent, in which the leader of Britain’s Paris circuit is given a vital mission to uncover the details of a German counter-attack against D-Day but a traitor in his network sets the Gestapo on his trail.

And in March alone, two novels were released about the exploits of Nancy Wake, one of SOE’s most celebrated officers – famous for having killed an SS sentry with her bare hands during one daring operation. One of those, Liberation, was by leading historical novelist Imogen Robertson, writing under the pen name Imogen Kealey. “Nancy was an exceptional woman, a spy who was also a warrior and as effective under fire as dodging a checkpoint in occupied territory,” says Robertson.

“No one can hear her story and not want to retell it. In dark times, her courage and spirit are something to treasure, celebrate and emulate.”

In July, Code Name Madeleine fictionalises the life of Noor Inayat Khan, the Indian princess, born in the Kremlin, who was a wireless operator in Prosper’s network. She was executed at Dachau some time before Prosper.

Recently released worldwide was Ungentlemanly Warfare by Howard Linskey. His hero, Harry Walsh, is a product of Linskey’s imagination, but Walsh’s superiors are very much real: Maurice Buckmaster and Colin Gubbins, the men who made SOE a lethally effective clandestine weapon against the German war machine.

“Not every act of bravery in the second world war happened on a battlefield,” says Linskey. “So I think it is vital to remember the courageous work of the men and women of the SOE behind enemy lines – particularly those that never came back. Their sacrifice should never be forgotten.”

The Winter Agent by Gareth Rubin and Prosper by Francis J Suttill are both available from the Guardian bookshop.

The Repair Shop, BBC1, Wednesdays at 8pm [except in Scotland]

← Navy SEAL Who Oversaw bin Laden Raid Warns That ‘Batman And Superman Are Not Coming’ In A Speech Advising College Graduates To Become Their Own heroes
‘A Single Clenched Fist’: Russia Defiant But Anxious As U.S. Seeks To End Its Monopoly On Manned Space Flight →